“Your generation is not going to be in a relationship that isn’t exciting. I endorse that,” states Rabbi Shmuley Boteach with maximum confidence. Sitting in a Starbucks near Lincoln Center, our generational differences seem minimal, he from Generation X, me Y. His iPhone 6 Plus buzzes on the table next to my Galaxy s5, while we sip matching Teavana shaken iced teas. “I don’t believe that marriage has to be unexciting. I don’t believe in the whole settling down concept.”

Rabbi Boteach holds unexpected views coming from an Orthodox Jewish rabbi, but from him, they’re almost expected. Over twenty-five years, he’s penned some thirty books, most of them dealing with the subject of sex and relationships. His latest, provocatively entitled Kosher Lust: Love is Not the Answer came out in May of this year. Its controversial premise–that lust not love is the glue to a healthy marriage–is today’s topic of discussion.

To Rabbi Boteach, marriage is “arguably the most fundamental institution of living,” but it’s in crisis–fewer people are getting married and the divorce rate is at fifty percent. A child of divorce, he’s spent his life pondering the fundamental question of how can a couple stay happily together and focused on each other. Many of his books have been the next iteration in answering that question.

“Kosher Lust is by far the most important book I’ve written on sex, marriage, romance, love, and relationships,” he says. It certainly proposes a novel idea: that the foundation of marriage is built on the wrong thing.

To prove his point, the Rabbi asks all of his audiences at his lectures what they deem more important in a relationship: attraction or compatibility. “90% of the hands always go up for one, so which one do you think they go up for?” he asks. I end up agreeing with his majority, saying compatibility is paramount.

Rabbi Boteach disagrees. He says that couples won’t stay together if their level of attraction vanishes, regardless of compatibility. This attraction or lust is not of physical looks, but of that unexplainable, gravitational pull to another person. The rabbi says that this naturally happens when people view their partner as their best friend.

“So how are couples supposed to keep that lust in their relationships?” I ask.

“Well, the answer to that is obvious. They should be buying my book!” laughs the energetic and tireless promoter. Rabbi Boteach’s book speaks of three “pillars of lust,” which he believes ensure an exciting marriage: unavailability, mystery, and sinfulness. In one part, he goes on to explain the importance of the three concepts by comparing them to the iPhone’s early marketing tactics. People will line up to get the newest iPhone when it suddenly becomes available. When little information is known about the iPhone, the more excitement builds. Apple portrayed itself as “against the mainstream,” making it feel interesting and rebellious to have one. So couples should invite sexual obstacles, keep some things private, and be novel and risqué with their sex lives.

But as he discusses the differences between male and female sexual desires, the Rabbi’s views diverge radically with my own. Talking about issues on college campuses, he says: “We went from women wanting to be sexually free, and kind of the argument that women are just like men, they can go in and out of sexual relationships, no strings attached and they just want recreational sex. Suddenly, we’re now enforcing laws that completely reverse that. We’re saying that women need to say that they give consent or it’s considered rape. What happened to the assumption that women wanted as much as men? Well something got in the way. Women actually discovered that drunken guys kind of taking advantage of you isn’t as fun for her as it is for him.”

These views on women and sexuality have garnered criticism, Haaretz’s Allison Kaplan Sommer in particular. She writes in her blog, “These days, women–Jewish women in particular–have little tolerance for a male ultra-Orthodox rabbi telling them what they want.” Her opinion is joined by Frimet Goldberg of the Jewish Daily Forward, and, of course, by the commenters on their respective blogs.

But Rabbi Boteach says his book is written for women. “What I do in this book, I feel, is that I approach it from a woman’s perspective. And that’s why I feel it’s gotten such adulation from women,” he says. There’s certainly been its supporters – women on Twitter and in the comments of his articles write things like “My next boyfriend will be Jewish!”

He attributes this to the novelty of his approach: focusing on the discovery of the female libido instead of the male.

His comments on sex help fuel this praise. He mentions Talmudic law, which mandates that a man must make his wife climax before himself. A man cannot think of another woman while having sex. In an interview with New York magazine, Rabbi Boteach stated that “anything that makes you more hooked” is permitted for a couple in the bedroom.

But many haven’t been swayed by these comments. The comments on his interview with Religion News Service debate the religious basis for his arguments. In response to the New York article, many tackle the ideas of male-dominance.

“There was a lot of criticism that my core argument that women want to be wanted, need to be needed, desire to be desired is inaccurate. That women only want to be appreciated for their minds,” he admits. “Few people have fought harder through their writing and activism that women are taken seriously for their minds like I have, especially in religious communities. It’s balderdash that women don’t want both.”

He notes the double standards inherent in telling a man that he can’t write about women, or women about men. Addressing his critics, he states, “I’m not telling women what they want, because I’ve counseled thousands and thousands and thousands of women, did hundreds of seminars around the world, and I’m kind of reflecting their wishes, their desires as they have been expressed to me.”

“If you look at the sustained critique of my work from the past 25 years in the 30 books that I’ve written that are mostly about relationships, you’ll see that the opposite is true. I’ve been criticized for being too hard on men,” he adds. It’s clear that the Rabbi’s views are respected by many. As we speak in Starbucks, three women approach him to say hello, pausing to tell me how wonderful of a person he is.

“I think any woman is capable of reading my book and determining whether she agrees with me or not,” he says, “To say that I’m telling her what she wants, she’ll either say ‘This book is ridiculous and I’m going to use it to warm my apartment this coming winter’, or ‘This book made me think and I value it.’”

Everyone is entitled to their own opinion, after all. 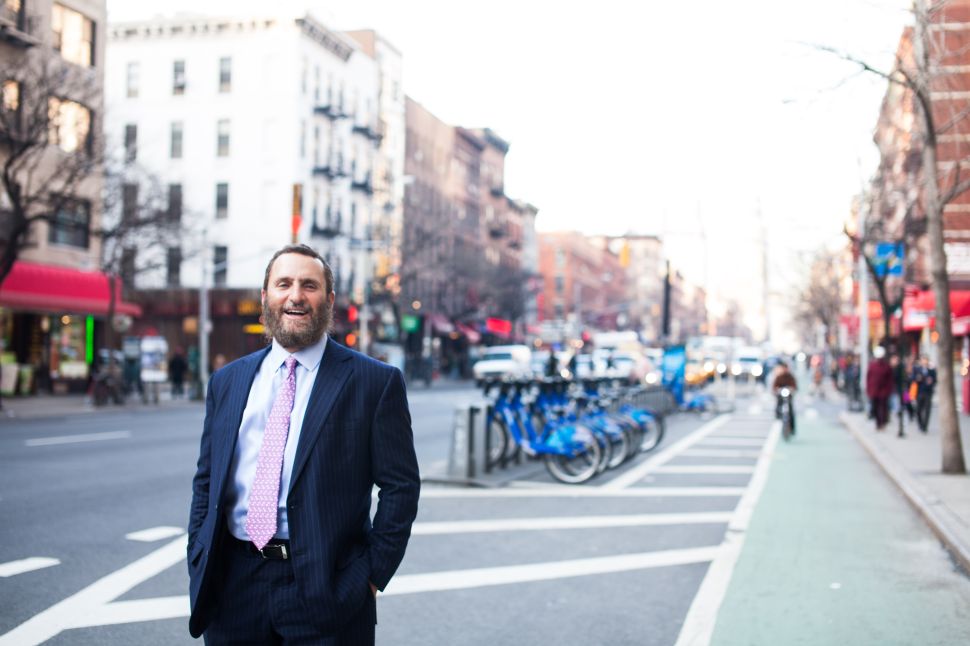