Last week, tvDownload editor Drew dropped this banga-langingly plausible theory on the world, in which Noah and Alison’s interrogations are taking place years apart. Noah’s is over this unnamed “fella” that met unclear yet unfortunate end on Montauk, and Alison’s is over the death of Noah. Whaaaaat? Like two hours after that theory was published, the official The Affair Twitter account sent out a tweet with the caption “If only it were that easy,” and I joked that it was obviously directed at us. Which is probably not true.

And yet this week’s episode served to half-confirm and half-totally-destroy Drew’s theory all at once. So, new Random, Outlandish The Affair Theory of The Week: Showtime is writing, updating and shooting The Affair in real time as a battle of wits between them and tvDownload. So yeah, bring it on Showtime. This is for the Dexter finale.

This week was interesting in that we learned so much more in the brief present-day detective story than we did in any of the flashbacks. In short, Detective Vague Questions (DVG) reveals to Noah that his wife got “full custody in the divorce.” To Alison, however, he says he’s been married 25 years and “still acting like newlyweds.” So what could this even mean?

Option A) Alison’s questioning takes place months, even years before Noah’s, which not only puts the kibosh on Drew’s theory, but lends itself to the whole “Noah is going to kill Alison in the end.” You know, from his book idea during the woefully unprepared-for agent meeting?

Option C) DVG is purposely lying to Noah and Alison. Why? I couldn’t say at this moment. Maybe he knows more than he’s letting on at this point. Maybe he’s not even a detective. Maybe he’s the fucking Yellow King, I don’t know.

Meanwhile, welcome to the Montauk flashbacks where nothing makes any sense. This was the first week where things were literally just about the affair, and I think it suffered a little bit. No mysterious fish in a bucket deals or heated Town Hall meetings or even passive-aggressive, in-law advice. This episode dipped dangerously close to what my original expectations were for this show –– just two people getting it on, extra-maritally.

One thing I want to discuss about both parts of the story, though: is this how affairs work? Remember when Alison told Noah it was going to be impossible not to see each other because the town is so small and everyone knows everyone and blah blah blah? Like, I know they took a nice little min-vacay out to Block Island so they’re not in the town, but they’re still kissing and canoodling and going to town on each other in public dressing rooms like there’s no tomorrow. They aren’t worried, at all, about someone who knows someone seeing something? That store clerk thinks Alison is your wife, dude, based on a ten minute shopping experience. You’re not hiding this thing incredibly well.

Also, once again Noah’s memory is basically a shrine to Noah, the Manly God. It’s just so easy, and just so pleasant. He lays down all the important cheating rules: “I don’t wanna hurt you.” “I’m never gonna leave my wife.” “She can never find out.” “You still wanna do this?” And Alison all but says, “God just fuck me already you handsome bastard.” Alright, she doesn’t actually say that but she does say earlier in the episode she likes everything about him. Everything. Somewhere in the middle of all this, Bruce’s editor calls Noah to tell him his first draft is basically the greatest. All the while, this somehow manages to still look like Alison’s fault. “I know this all sounds simple to you…” Noah actually starts a sentence with, painting himself as the only one conflicted about this whole thing. Even his admission that he’s only slept with three people and Alison’s mocking reads less as honesty and more as, “see, look at this slut.”

Meanwhile Alison’s remembrance is basically a shrine to Alison, the Vulnerable Woman. It’s interesting to me how miserable and afraid Alison looks through like 90 percent of all her points of view. Even in her version of their trip to the Mohegan Bluffs, the weather is so much gloomier and the ocean itself is angrier. Also, her story of a dead, drowned child calling on the wind is a much more morose tale than the Peter Pan story Noah remembers. Noah himself is just generally more quick to rage in Alison’s memory, kicking the shit out of that dresser and flying off the handle whenever Alison seems unsure about the affair. He also finds out that Alyson cuts herself, and once had a son named Gabriel that drowned. This doesn’t bother him because, in his words, “I’m a grown man. I know what I want.”

So what’s all this mean? Noah is portraying himself as a hero; Alison wants the detective to think she’s a victim. I think they’re both being questioned about some bad stuff they were genuinely a part of, with Alison’s more than likely having to do with that whole sketchy fish thing. Interestingly, I think the show is purposely playing on how men and women see opportunities to get out of trouble, or even get people to like them in the first place.

Noah plays up his masculinity, his success, his greatness. “Couldn’t have been me, you want to be just like me. You want to have easy affairs and write fucking awesome books, bro.”

Alison goes light on the success and heavy on the despair, on the loss, on the vulnerability. “Couldn’t have been me; you should feel bad for me. I have too many problems; my life is too tragic.”

Is this indicative of every man and woman? No, of course not, but these two characters are starting to embody everything wrong with the stereotype of “privilege,” on both sides of the fence.

On a lighter note, my multiple dimensions idea, if you really think about it, is looking better and better every week. 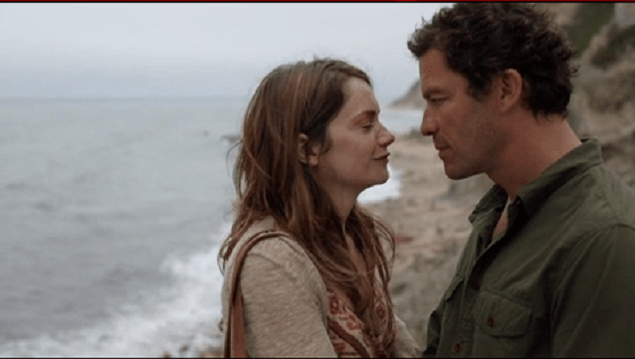