There’s bad acting and then there’s bad acting!  The former is sodden and depressing like a three-week-old wet spongecake, the latter is overdone and kinda fabulous like a child putting gooey gobs of blue icing on a chocolate cupcake.

Those listeners and singers who love the sugary confections baked up by Gilbert & Sullivan, among whom I count myself, tend to relish in the excesses straight out of of the oven.

Case in point, the fortieth anniversary season of the New York Gilbert & Sullivan Players began with two performances this past weekend in their new home venue, New York University’s generously proportioned Skirball Center, and, truth to tell, offered a fair amount of both kinds of acting. The comic opera Ruddigore served up, under the baton of founder Albert Bergeret. ��It premiered at London’s Savoy Theatre in 1887, after the tremendous success of The Mikado two years earlier. The G&S Players will round out their season with a (keenly awaited) H. M. S. Pinafore in late December and The Gondoliers in May.

Ruddigore mixes up a pair of romantic rivals (the charmer David Macaluso as the lovelorn Robin Oakapple and a devilish Daniel Greenwood as his betraying bestie, the suave sailor Richard Dauntless) with a witch’s curse. The curse has plagued a noble family for generations, down to the present Baronet, Sir Despard Murgatroyd of Ruddigore (a stalwart of the company, Richard Alan Holmes).

The melodramatic themes don’t place it among the topmost tier of popularity of Gilbert & Sullivan works, but it has all the elements that we associate with them: a bashful, eyelash-batting lass and, of course,  a tongue-twisting patter song deftly handled. Add likeable male and female choruses tramping about the stage in fanciful costumes and clunky choreography, all rolled up in a quickly-arranged denouement where all’s well that ends well, if often nonsensically.

If at times the cast seemed to be having more fun than the audience, and certainly than the orchestra, it must be attributed to the sugar high of Gilbert & Sullivan’s goodies rolling around in their mouths. 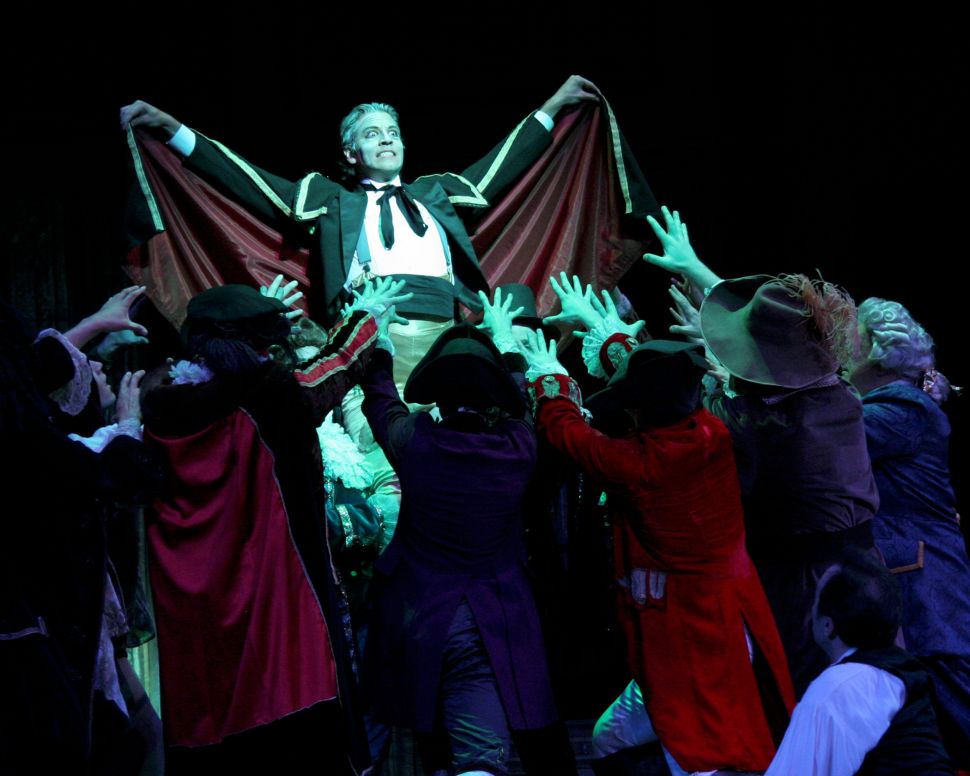