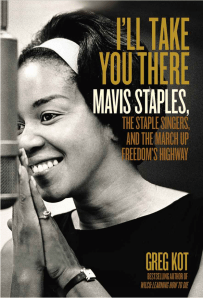 In many ways, the story of Roebuck “Pop” Staples and his family is the story of a thousand other Great Migration families, moving north from Mississippi in the 1950s for factory jobs in Chicago and the chance at a better life. In other ways, it is a story that beggars belief, near operatic in its trajectory across the musical, societal and familial triumphs and tragedies of the second half of the 20th century.

In his book, I’ll Take You There: Mavis Staples, The Staple Singers, and the March Up Freedom’s Highway, longtime Chicago Tribune music critic Greg Kot tells the story of a handful of siblings gathered at their father’s feet after work, singing and finding comfort in the plaintive gospel songs of the country church they left behind. That they stumble upon a wholly unique sound, built around Pops’ liquid guitar style and the impossibly heavy baritone of kid sister Mavis is perhaps less predictable, as is their rise in a not necessarily welcoming gospel circuit, their deep involvement in the Civil Rights movement—eventually becoming Martin Luther King’s go-to musical accompaniment—and later their storming of the pop charts with songs mixing inspirational messages atop the intricately soulful considerations of the Muscle Shoals studio band.

The anecdotes Mr. Kot unearths to place all of this in the context of the Staples’ every day life render the telling even more laughably implausible: a young Pops watching Charley Patton busking outside the local hardware store in Dockery Farms, and later receiving relocation instructions from a Blind Blake 78; Mavis learning at the hem of gospel legend and Chicago neighbor Mahalia Jackson; churchgoers losing bets on which Staple was responsible for the signature deep voice on their records; the Staples sisters swooning over their Doolittle High friends—Sam Cooke, Lou Rawls, future Dell Johnny Carter—sneaking in some pop songs during gospel practice in Sam’s basement; and later the family captivating extra-church audiences at Newport and the Fillmore; Mavis entertaining a marriage proposal from a young, entranced Bob Dylan; and MLK inquiring if Pops—“Stape”—would be singing the reverend’s favorite—“Why? (Am I Treated So Bad)”—at the evening’s services. The stories just keep coming.

Mr. Kot is deft at describing music on its own terms, avoiding facile comparisons and clunky x-meets-y analogies. Like the best music biographies, I’ll Take You There sends readers running for their collections to investigate the book’s many musical premises and revelations. How strong is the influence of Willie Johnson on Pops’ guitar playing? Who are the Gay Sisters? What did young Bobby Womack—another Staples neighbor—sound like in his own family’s gospel group? Does “Born on The Bayou” owe a debt to the Staples’ sound? Wait, there’s a Jimmy Page solo on one of the Stax albums? Is Mavis’ Prince era as awful as I remember? What is the outcome of Jeff Tweedy’s suggestion that Mavis sing in a more conversational way? And how did I come this far in life without being fully submerged in the likes of “Wade In The ” and the stunning output of more recent vintage like “God Is Not Sleeping”?

Frankly, it can be stated with a reasonable degree of certainty that few music collections can actually support an in-depth investigation of the songs and artists referenced in this book—the influencers, the contemporaries, the influenced—and of course the Staples’ and Mavis herself. Mercifully, we have the miracle of Spotify to get us most of the way there—give or take a couple of omissions, and a couple of ringers. Here, for your inspection, enjoyment, and enhanced reading experience, is a nine-hour playlist of the music surrounding and defining a remarkable artist’s life. 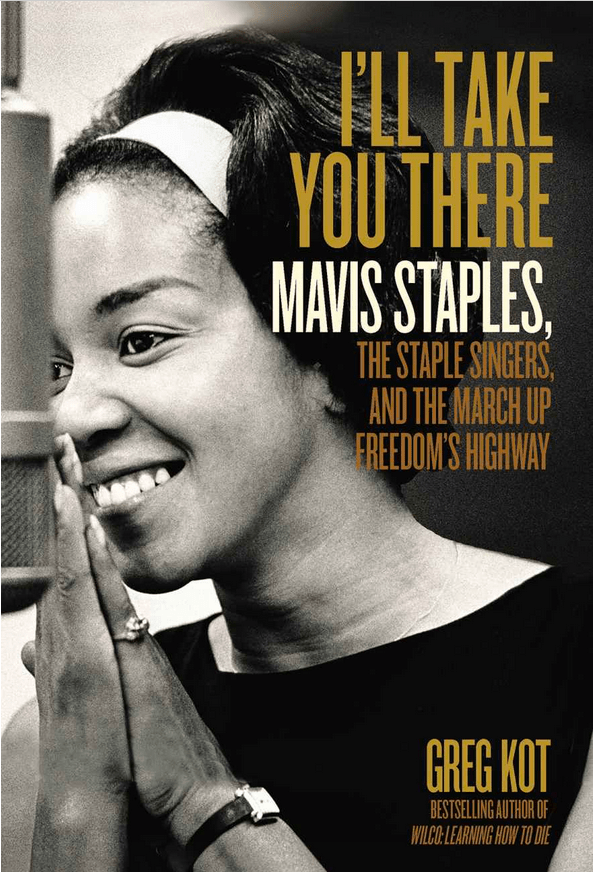