Come spring, the Met will open “Van Gogh: Irises and Roses,” four paintings that were part of a floral series completed by the artist, just a few short months before his death in his last weeks at the asylum Saint-Rémy, that have never been shown together. “Irises and Roses” will feature the Met’s own Irises and Roses shown alongside their long separated mates: Irises from the Van Gogh Museum in Amsterdam and Roses from the National Gallery of Art in Washington, D.C.

After Van Gogh completed the paintings, he left them behind at the asylum to dry, and eventually to be split up. Due to the light-sensitive pigments that distinguish the artist’s color palette, the vibrant intentional use color has faded and distorted with time. The museum will present color reconstructions done in the planning for this show along with a special installation of the works in their intended order. The show will open May 12, 2015; 125 years (to the week) after the artist’s initial announcement to his brother by letter that he would begin work on the series. 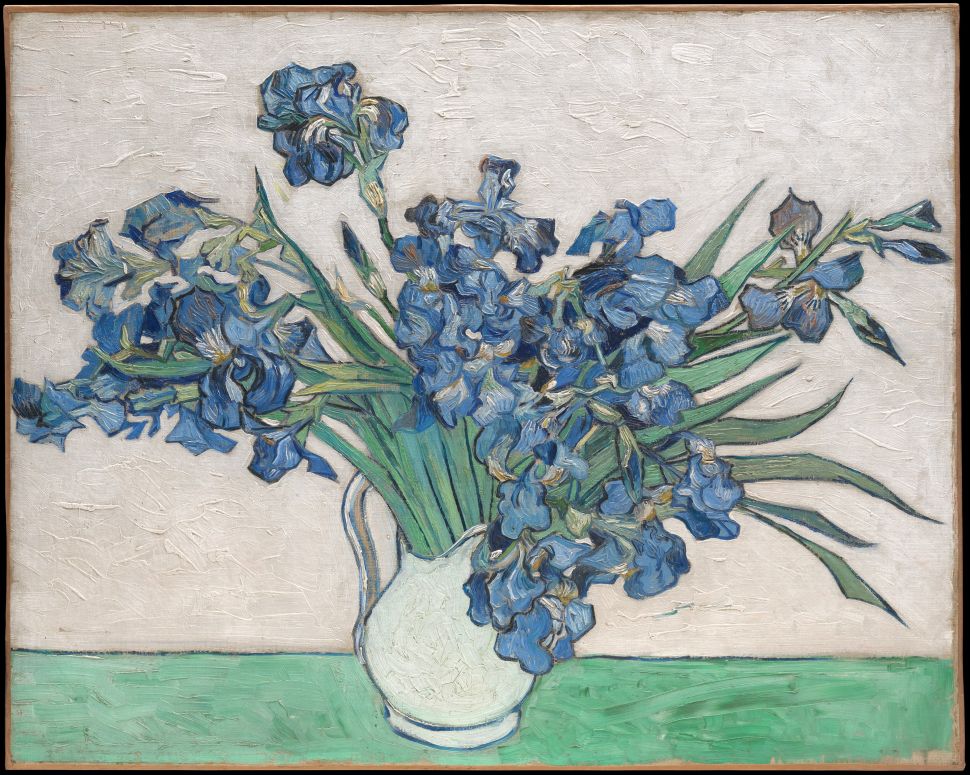