On Nov. 9 & 10, 1938, Nazi mobs vandalized thousands of Jewish businesses, schools and hospitals, set fire to synagogues and killed nearly 100 Jews. So began the extreme violence against Jews that, prior to Kristallnacht, had been contained to prejudice, harassment repressive policies and adjudicated law (the Nuremberg Laws, whose codification had begun in 1933). Kristallnacht — the Night of Broken Glass — was a litmus test. Germany had already passed laws, stolen property and citizenship rights and generally made the lives of German Jews unbearable with barely a peep from the rest of civilization. How would civilized society react to the violent, heartbreaking images that were released in those following November days? The world’s disinterested reaction was a signpost: by your leave, proceed.

After Kristallnacht, the floodgates of hate opened. More than 30,000 Jewish men were arrested and sent to the early concentration camps built in Germany. The road was paved for Hitler’s Final Solution and it began in earnest three years later.

One month before Kristallnacht, the expulsion of Jews from Germany began, including about 12,000 Polish-born Jews who were living in their adopted country; they were forced to flee, though returning to their homeland wasn’t a given. While approximately 4,000 Polish Jews were accepted back into Poland, doors slammed shut at the border for some 8,000 other expatriates who were forced to find makeshift housing in squalid conditions while their government decided the fates of the remaining exiled.

Roza Robota, Estera Wajcblum, Regina Safirsztain, and Ala Gertner, all Polish-born teenagers in 1938, were, like millions of other young people, trapped in Poland when the Blitzkrieg began in September of 1939. Their schoolgirl lives ended and they were rounded up with their families, ghettoized and ultimately, sent to Auschwitz. Much is lost to history but we do know that by the spring of 1943, Estera, Regina and Ala had been recruited by Roza to play perhaps the most prominent role in the story of women and resistance in Auschwitz. They smuggled minute quantities of gunpowder through Roza’s connections to the men working the death installations of Auschwitz. The powder, wrapped in small rags, was collected over the better part of a year, and amassed to plan a camp-wide revolt that would destroy all the crematoria in Auschwitz and provide enough of a distraction for a mass uprising and escape. The men working the death installations at Auschwitz (known as the Sonderkommando or Special Command) carefully planned the revolt and escape for months.

On October 7, 1944, men holding the powder decided, after learning their unit was about to be liquidated, to take the small amount of powder they had, and blow up crematoria number 4. They detonated the oven room in a defiant suicide, and 200 men escaped. Within two days, all were recaptured and killed.

The women were betrayed in a subsequent “investigation.” They were tortured for months but refused to name additional conspirators. Approximately 20 days before Auschwitz was liberated by the Russians in January of 1945, they were hung, two at a time, making them the last public executions in Auschwitz.

As the anniversary of Kristallnacht approaches, a new exhibit at the American Jewish Historical Society (AJHS) at the Center for Jewish History, makes the story of these young women known to all.

Just as the accounts of our Polish heroines often have been left out of the history of Auschwitz-Birkenau, women’s stories in general are frequently left out of Holocaust history. As our students learn about the history of the Holocaust in schools around dates like the the Kristallnacht anniversary, it is easy to forget that each person murdered in the Holocaust had a name, a family and a narrative he or she will never be able to tell. These women, and so many more who will remain nameless victims, were murdered before their life stories could be forged; before weddings or babies or careers could take them down whichever path they would have chosen had they been given the freedom to live – and to write their own stories.

While The Night of Broken Glass will always be a convenient historical marker, and one that should continue to be commemorated and taught, so too are the lives and names of individuals, like the four women described within. Their stories must not simply be relegated to one commemorative day annually, but rather, shared and taught as a universal lesson of bravery and strength. What an example this could be to share with our country’s youth during this time period.

Rachel Lithgow is Executive Director of the American Jewish Historical Society, NYC. The exhibit, “October 7, 1944,” is open through the end of December; for times and location: www.ajhs.org 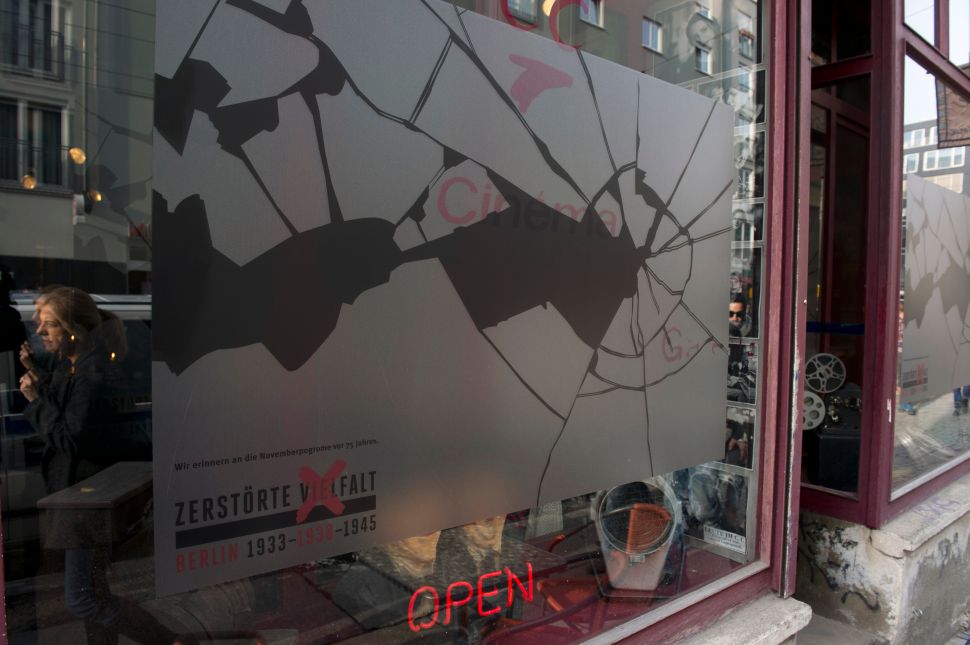