Anyone who knows anything knows that the Jews control the media (and of course the government is Zionist-occupied). Read some of the comments on Israel-related stories on The Observer, and you’ll see it for sure.

Despite this “fact,” I joined over 1,000 others Sunday evening at The Grand Hyatt Hotel at the Zionist Organization of America (ZOA) dinner, where we heard a slew of speakers condemn President Obama’s Israel-phobia, and call for an end to U.S. aid to the Palestinian Authority. Senator Ted Cruz spoke to thundering applause about the need to stand with Israel against Palestinian terrorism, and other conservatives echoed his message. As uber-wealthy American Jews, including Sheldon Adelson and Ira Rennert ate caviar and applauded, the reality is that, while both the ZOA and the State of Israel oppose aid to the PA, the nation’s leading pro-Israel lobbying group, AIPAC, is opposed to legislation that would cut off U.S. aid to the Palestinians. On this issue, Israel has no major voice on Capital Hill.

Against this backdrop, this week the PR trade magazine O’Dwyers reported that Squire Patton Boggs, the largest American lobbying firm, has been hired by the Palestinian Authority for the annual fee of $660,000 ($55,000 a month) to ensure that the PA continues to receive the nearly $500 Million in annual U.S. aid that has already been committed to by the United States. According to Foreign Agent Registration Act (FARA) documents, “Patton Boggs will assist the PA in assessing US funding promises to date and help ensure that further commitments of financial assistance are fulfilled and received by the Palestinians.”

The Palestinian Authority is in a unity government with Hamas, which is designated as a terrorist organization in the United States. American law states that U.S. aid to the Palestinians may not benefit Hamas “or any entity effectively controlled by Hamas, any power-sharing government of which Hamas is a member, or that results from an agreement with Hamas and over which Hamas exercises undue influence.”

On June 28, it was reported that that “The U.S. Congress is targeting the Palestine Authority (PA) with a cutoff of funds unless U.S. President Barack Obama can justify how continued support to Ramallah advances national security needs.” On Tuesday, according to Defense News, the House Appropriations Committee “approved a 2015 foreign operations bill that bars aid to the PA from some $440 million in proposed funding.” The Senate introduced a similar bill.

Real power doesn’t come from press releases or speeches to supporters in midtown Manhattan. It comes from influence. With billings of $775 million, according to American Lawyer, Patton Boggs is the largest American lobbying firm—and very good at what they do. They will make a real difference.

Terrorist organizations Hamas, Hezbollah, and Arab nations have hired PR agencies to lobby for them in the press and on the world stage. Qatar, one of the world’s biggest supporters of Hamas which is ruled in part by Sharia law, recently hired a major PR firm, Portland Communications, which is run by Tim Allan, a former adviser to former British Prime Minister Tony Blair.

Part of the reason terrorists and their supporters win is they spend lots of money on lobbying and communications firms. Palestinian terrorists—encouraged by the Palestinian Authority—have killed more Americans this year than ISIS in the Middle East. And while the PA faces a $1 Billion lawsuit in New York for supporting terrorism against Americans, Patton Boggs will smooth over any doubts American legislators may have regarding ongoing funding.

The Palestinian Authority’s lobbying budget on this one project is more than Israel spends worldwide on public relations and public affairs. Now, remind me again who it is that controls the halls of power?

Ronn Torossian has been named Public Relations Executive of the year on two separate occasions, and is founder of one of the 25 largest independent American PR firms. 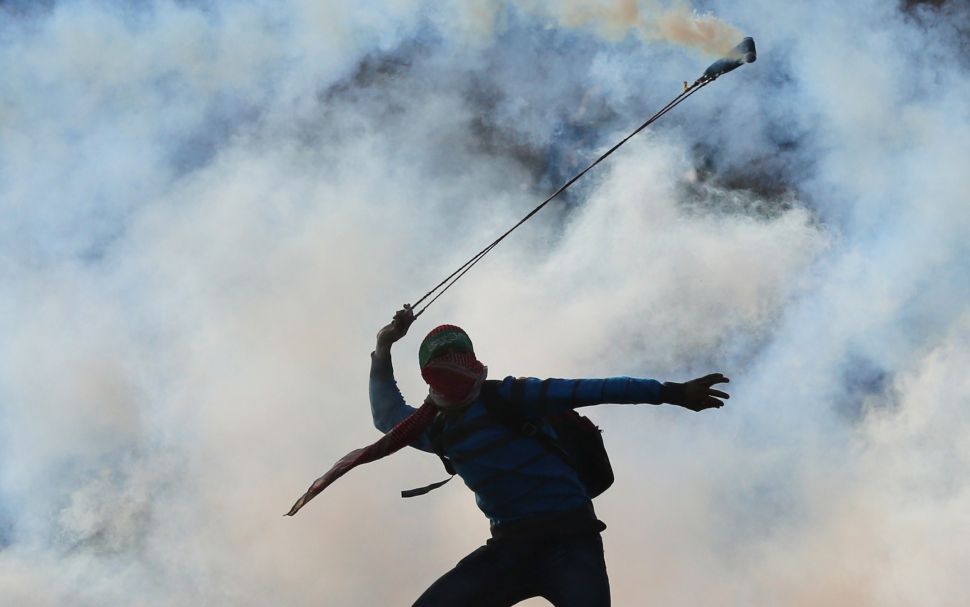