Uber CEO Travis Kalanick, who up until recently was worried about coming off like an “asshole.” He’s got bigger problems now. (Photo via Getty)

Last week, it was revealed that Uber leadership, from the CEO down to its regional managers, is guilty of serious abuse of power, executive overreach and, at very least, what should be career-ending gaffs.

But Uber Senior Vice President Emil Michael hasn’t, in fact, been fired and CEO Travis Kalanick is barely sorry, which has the tech world asking the Great Uber Question: How do you hold a venture-backed startup responsible for erratic and thuggish behavior?

In a New York Times op-ed, columnist Joe Nocera calls out Silicon Valley for “lionizing” Uber and its success in #disrupting a well-regulated industry without questioning Uber’s tactics or ethics. The column compares Uber to a star football player whose community lets him get away with his insane antics so long as he keep scoring touchdowns:

Companies that never grow up tend to go the way of Groupon or MySpace, two now-faded comets. As good as Uber’s app is, there are limits to how much bad publicity it can absorb before it hurts the bottom line.

At Uber, the inmates are running the asylum. That needs to change, while there’s still time.

The trouble is, while a handful of journalists can be enraged and #deleteUber in solidarity with Sarah Lacy, Uber is growing too fast among the general public for a week’s worth of Twitter rage to do any real damage. Even Mr. Nocera doesn’t get around to his thesis until he’s sufficiently fawned over how great Uber is as a service.

Which leaves us with the only people to direct our attention to: Uber’s investors.

3/ If Uber were a publicly held company, this Uber exec would be gone already. So who is responsible there? So far no one.

Until Uber goes public, or is just bought by Google, the only people Travis Kalanick has to answer to is his star-studded list of lucky backers, who aren’t likely to back away from Uber’s next funding round.

That’s not likely to happen unless Uber stops racing toward a sky-high exit. The latest estimates of its next valuation are north of $25 billion. 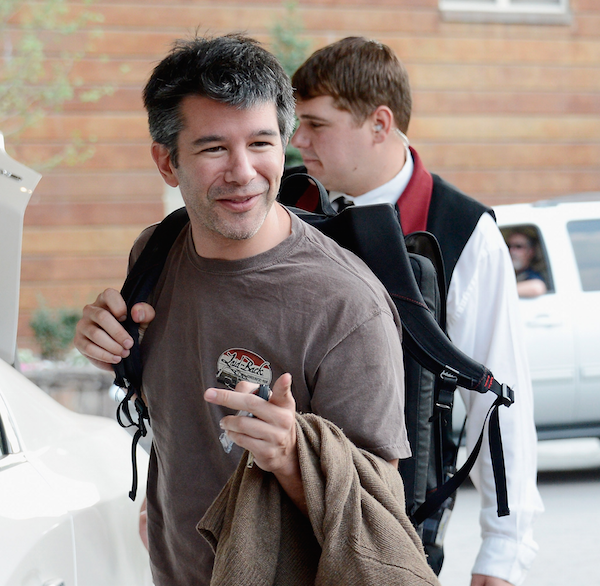