EB White died in 1985, and to the last he had geese, dogs, and plenty of other animals on his farm in Maine. He was married for nearly 50 years to Katharine White, who he met when she acquired some of his early work at The New Yorker, way back in 1926. They married in 1929. White’s stepson is Roger Angell, who also made a home for himself at The New Yorker.

EB White was a celebrated humorist – one of his earliest books was a parody of romance called Is Sex Necessary? Or, Why You Feel the Way You Do (1929, with James Thurber). White was also a grammarian, a staid enterprise that he made both readable and relevant in his glorious update of Strunk’s The Elements of Style. But White is best known as a children’s novelist. Charlotte’s Web has sold over 11 million copies, and doubtless there is a battered, wept-over copy on your bookshelves right now.

For a writer who celebrated the love between a humble pig and a common spider, it makes perfect sense that White was a romantic. After his wife died in 1976, White spent his days reading and assembling Katharine’s charming essays about gardening, published as Onward and Upward in the Garden. White remembered the potted bird of paradise that Katharine kept in her sickroom, and it grew large enough to cover up the ugly hospital apparatus. The best part is when White (called Andy, by the way, and never Elwyn) wrote about his wife’s fervor when she gardened. Katharine would wander out in a clean dress, or a suit, and her good shoes, and do the necessary work. Whatever got dirty could be cleaned. Whatever flowers she picked, they would arrange together. 5 pm at Symphony Space, 2537 Broadway, (212) 864-5400, $25 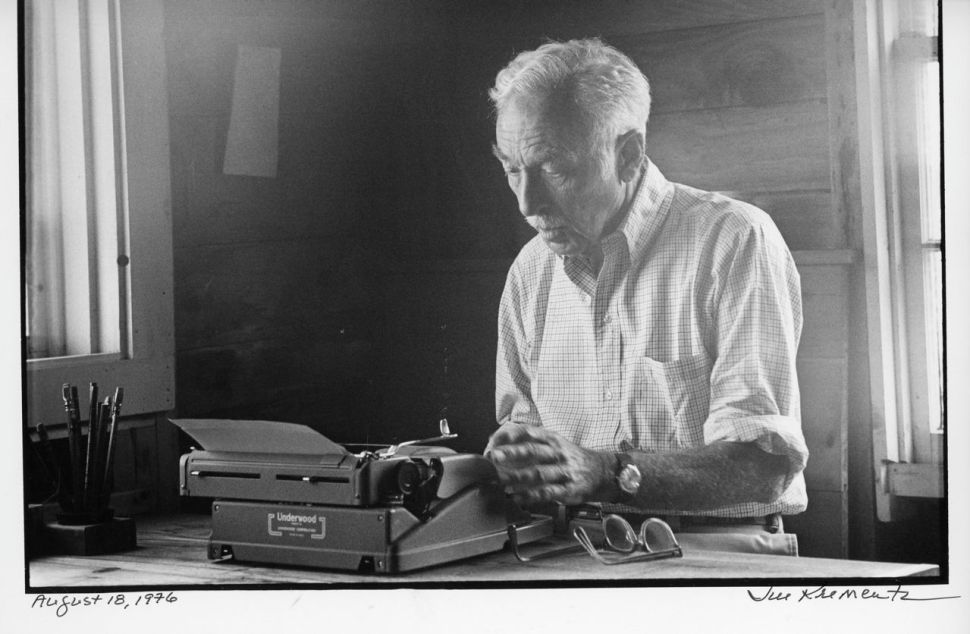