Another must-see movie this year-end awards season (the other one is The Theory of Everything) is the brilliant encapsulation of one of the greatest stories of our time—the genius, heroism and ultimately shameful destruction of Alan Turing, the British mathematician who built one of the first computers, cracked the Nazi “enigma” code during World War II, saving millions of lives by helping to end the war two years early, and then was later arrested and crucified socially by the British government as a homosexual. After he was chemically castrated by government doctors to “cure” his “criminal affliction,” he committed suicide in 1954. Queen Elizabeth exonerated him 50 years after he died broken and ashamed, in spite of what he did, simply because of what he was.

It’s a sad and heartbreaking story that keeps you nailed to the screen for its entire 114-minute running time. The movie begins with his 1951 arrest in Manchester, six years after he helped to end the war, and cuts back to 1939, when war against Germany was declared. Turing (magnificently played with myriad moods and personality shifts by Benedict Cumberbatch) was a moody, introverted 27-year-old mathematical prodigy at Cambridge, where his impressive work led the government to draft him into heading a group of fellow misfits in a top-secret organization of cryptologists assigned the task of decoding the German strategy communications—a job made doubly impossible because the codes were changed daily to confuse the Allies.

This group, to the amazement of the commanding officers, also included one woman, Joan Clarke (Keira Knightley, doing the best work of her career to date), who became Turing’s soul mate for life, urging him to marry her after she learned he was gay, and offering to stand by his side in his struggle with his identity at a time when homosexuality was illegal and subject to terrible punishments. He was just as unpopular with his fellow eggheads as he had been at Cambridge—agnostic, apolitical, withdrawn and obnoxiously arrogant, with a sense of entitlement that infuriated his peers. But Turing managed to decrypt 159 Nazi codes when nobody else could, earning him a grudging respect and more than a little jealous animosity.

In a meticulously researched screenplay by Graham Moore, fully fleshed out by Mr. Cumberbatch’s complex portrayal of a controversial character (how many filmmakers could make a movie about a mathematical wizard and keep the audience enthralled?), you get every shadowy triumph and personal failure, experience the war on the London home front, and learn a harrowing footnote to history. Eschewing a conventional narrative trajectory, Norwegian director Morten Tyldum leaps around in time frames from the panic of the war years to the postwar private life of a man who didn’t fit in anywhere. Juxtaposing the blackouts, air strikes and gas masks experienced by the British people with Turing, who had little regard for anything but technology, a disturbing three-dimensional portrait emerges of a man in combat with himself.

Turing had no respect for discipline, following orders or any chain of military command, and he’s not easy to warm up to. Instead of a team player, he worked alone—rejecting all offers of help from his staff, alienating everyone, but the movie that surrounds him is so brilliant you end up following his every eccentricity faithfully. The title is from a paper he wrote analyzing the differences between men and machines. There are times in the movie when he seems one and the same.

As mesmerizing as it is on so many sophisticated levels, The Imitation Game isn’t always comprehensible to the average I.Q. It demands concentration and exudes profound intelligence and suspense. Finally, it presents the biggest moral dilemma of all—deciding who lives and who dies while avoiding detection by the enemy. The last order of business as Turing’s invention forced the Nazi surrender was to burn all the evidence, erasing proof of the machine he invented to crack the secret enigma code and what Turing and his team did to change the world. The story was masterfully dramatized on London and Broadway stages by the play Breaking the Code, starring the great British actor Derek Jacobi, but the movie delves deeper into the personal life of the subject. It’s a miracle of technical discovery, a fully-fleshed exercise in character development and a tense detective story as intriguing as any case for Sherlock Holmes.

Mr. Cumberbatch plays Alan Turing as a mercurial character, courageous, driven, and oblivious to the anger his quirks caused among other researchers. The meeting of minds between him and Ms. Knightley’s headstrong portrayal of an understanding but unrequited lover does not result in the kind of corn you could call predictable, but it does chronicle a remarkably perceptive relationship long before Women’s Lib came along. It’s a movie with a gripping pace as Turing and his crew race against time in the shadow of Hitler’s bombs. Intensely powerful, The Imitation Game turns one of the most important stories of the last century into one of the greatest movies of 2014. 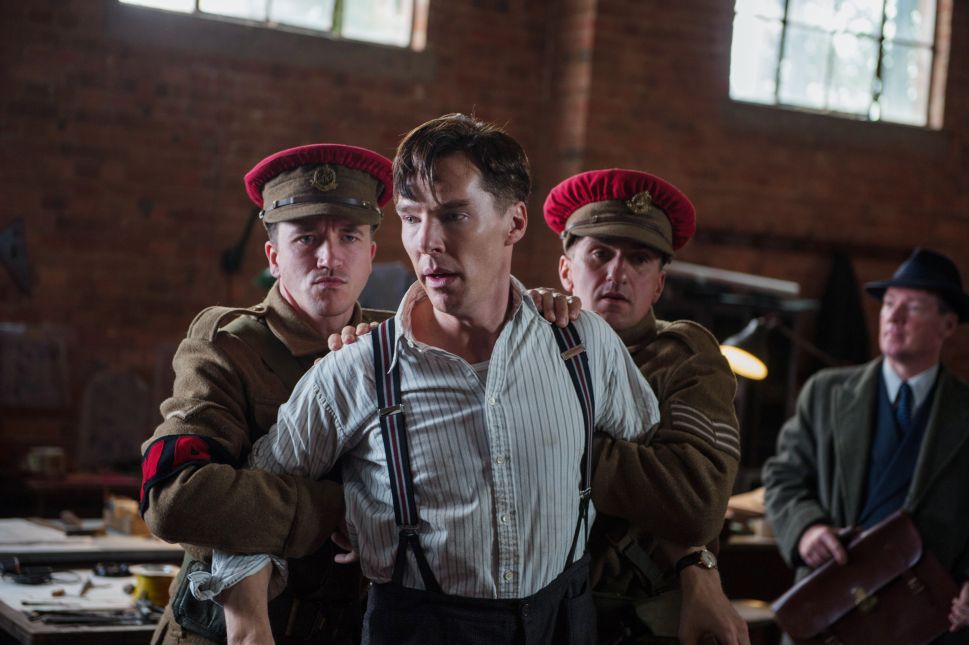