Since the piratical ravages of Napster, folks in the traditional recording industry have often felt themselves embattled. Sure, they’ve got iTunes and Spotify now, which are nifty consolation prizes to be sure. But cash flowing to record companies from such digital innovations has only been enough to partially stanch the bleeding.

Still, the good old days were very good indeed. Richard Foos, the former head of Rhino Records, for example, did well enough for a 10,000 square-foot Mediterranean style estate in Brentwood, California, which he and his wife Shari—a former singer/songwriter and current therapist with a New Age-ish bent—put on the market five years ago for $19.9 million. The couple’s ambitions in the New York City property game seem to be a bit more modest. They’ve just nabbed a co-op at 200 West 79th Street for $2.35 million, according to city records.

According to the Los Angeles Times, the Fooses’ Brentwood place stood on “34,000 square-feet of park-like grounds with a swimming pool and views of the Santa Monica Mountains.” There were seven fireplaces, a meditation room and a guesthouse with a floor imported from a European church. The new apartment is a great deal less interesting. But it’s still pretty nice.

A three-bedroom in modern style located on the second floor of a postwar Upper West Side co-op, the place is clean, open and attractive without evincing a whole lot of character. (It is not, at least not with its current styling, much of a rock-and-roll lair.) The listing held by Douglas Elliman’s Ronald Lense, Chris Connor and David Lewandowski touts a “sun filled, south and east corner” location and a master wing with brand-name, “spa-like” features. There’s also a home office and a shared roof deck, planted and well-lit, with views of the Hudson River.

The rather anonymous—and anonymously named—Jennifer and Jeffery Clancy were the sellers. 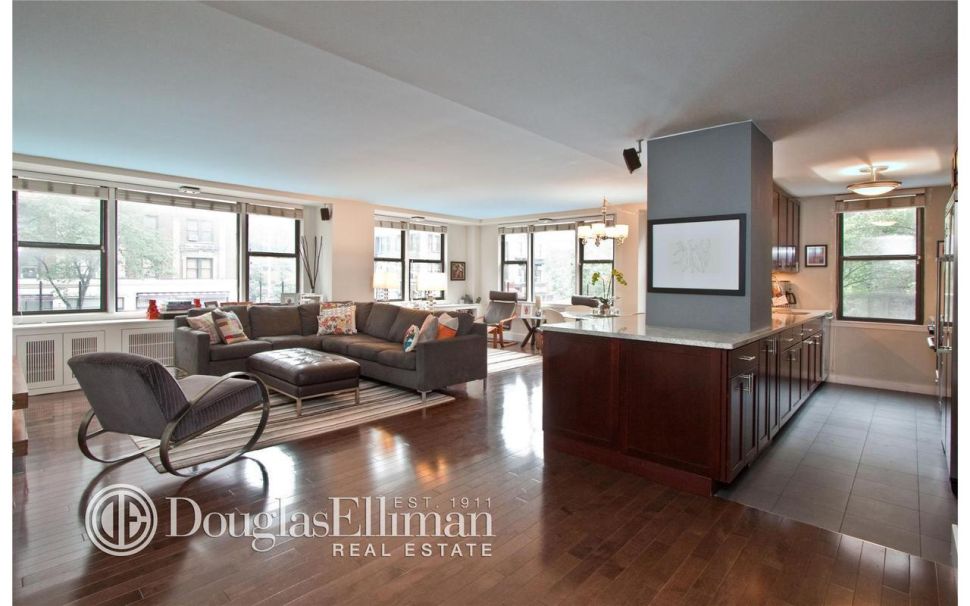