It seems like just yesterday we were all talking about Uber trying to absolve themselves of their asshole image in the public opinion. Because that was just yesterday. It was also fun while it lasted, but it didn’t even last the whole day.

Last night, Buzzfeed Editor in Chief Ben Smith published a series of remarks made by Uber Senior Vice President Emil Michael over dinner. Mr. Michael suggested that the proper response to hostile journalists would be to spend a million dollars on an opposition research team which would dig up details on the private lives of those journalists in order to harass and target their families.

But Mr. Michael, surely you don’t mean that Uber would sully their untarnished rap sheet with such a dastardly deed! His response to the Editor in Chief of the Internet’s destination for viral information: “Nobody would know it was us.”

This all comes on the heels of Uber’s newest PR drive to convince the world that they aren’t an evil, Randian robber baron corporation. Uber CEO Travis Kalanick was just in NYC last week to personally court select members of the press.

Mr. Michael’s frustration with Uber’s negative press was particularly focused on Sarah Lacy, the Editor in Chief and founder of Pando.com, a publication that’s been unrelenting about Uber CEO Travis Kalanick since its founding. Ms. Lacy wrote a screed the other week against Uber’s corporate culture of misogyny, saying that she’d be deleting Uber from her phone entirely, content to ride with whimsical, mustachioed Lyft drivers instead. Mr. Michaels said the other night, in a misogynistic flourish that we should really already expect of Uber, that he thinks Ms. Lacy should be held “personally responsible” for any sexual assaults that occur against women who are assaulted by taxi drivers after following her lead.

Ms. Lacy, a mother of two young children, was called for comment by Mr. Smith, and describes her phone call as follows:

I had two thoughts. The first was: What possible comment could I give Smith to sum up the terror I felt over an attack at my family?

And then this: Please, God, let this be how bad it gets. Please let the worst of this be that I have to one day have the “Mommy has a lot of people who hate her because of what she writes…” conversation with them.

Mr. Michael reached out to Ms. Lacy by email after she refused to speak with him off the record by phone, saying that he’s sorry that he said anything to begin with:

I wanted to apologize to you directly — I am sorry. I was at an event and was venting, but what I said was never intended to describe actions that would ever be undertaken by me or my company toward you or anyone else. I was definitively wrong and I feel terrible about any distress I have caused you. Again, I am sorry.

Mr. Michael hasn’t yet been removed from his position — it’s as if they know that any attempt to simply fire one employee in a long history of shady business tactics, tone-deaf rhetoric, threats and scandals would seem like an empty gesture. After all, there are some thing you can’t just take back. 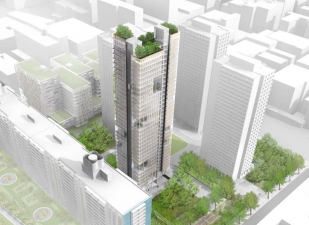