The same week a woman was charged over $360 for her Halloween-night Uber ride, new information has been released that proves Uber is not as good to its drivers as the San Francisco company claims.

The app previously stated that their drivers earn over $90,000 per year, but the New York Post reports that new data shows that UberX drivers earn only slightly more than regular cabbies.

Drivers for UberX make a gross wage of $36.16 per hour. However, Uber failed to report that they take a 20 percent fee. This charge, as well as sales tax and worker’s compensation payments, dramatically cut the driver’s pay down to $25.17 per hour, and does not account for the cost of the vehicle or its maintenance.

That’s only marginally higher than the average $24.88 an hour that yellow-cab drivers make–which “already factors in the highest possible expense of leasing a cab from a garage,” claims the Post.

Uber bragged earlier this year that its driver’s median income was over $90,000 a year. Realistically though, a driver would have to work nearly 70 hours a week with no vacation or sick time to earn the reported amount.

And while the livery service affords drivers flexibility and guarantees an income of $5,000 a month, saying they will make up the difference if a driver falls short, it still does not seem that profitable for the average driver–even with the outrageous rates. 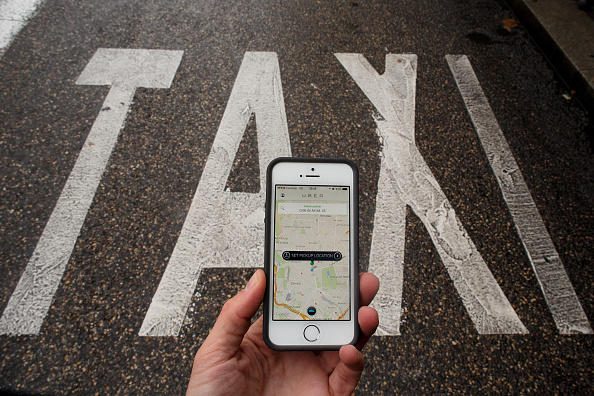