Before 157 West 57th Street became One57, that glassy billionaire’s priapism which has come to stand for a whole battery of class-related anxieties, it was, of course, a mere address—and a fairly humble one at that. It’s easy now to forget that there are numerous “157s,” if not “One57s.” But as far as competition goes, in the category of self-aggrandizing residential property, the townhouse at 157 East 70th Street, which was most recently listed for $28 million with Corcoran’s Leighton Candler and Caroline Holl—and which just entered contract, according to the broker’s website—is probably about as tough as it gets.

Owned by the entertainment executive Robert F.X. Sillerman, the founder of the media conglomerate SFX—which we can thank in no small part for the proliferation of electronic dance music (EDM) and for Live Nation, the largest live events company in the world—the house reduced its asking price when it re-entered the market with Corcoran in September, having been listed for $36 million last year. (Evaluating the ultimate contributions of Mr. Sillerman’s achievements to American cultural life we will leave to our readers.) But the scale and immodestly of the home, which sprawls some 10,000 square feet over five floors, remains undiminished. (The property is one of six that Mr. Sillerman is currently selling in Manhattan, Anguilla and the Hamptons, a portfolio totaling $107 million by listing price, which, Ms. Holl previously told the Journal, might “afford somebody the opportunity to buy a global lifestyle in one fell swoop.”)

Mr. Sillerman’s holdings that are not currently up for grabs include another townhouse, on 72nd Street, four Hamptons properties and a stretch of land in Anguilla fronting the . He is unlikely, one guesses, to miss too badly the planted back garden or the fifth-floor terrace at the house on East 70th, the two-level library or the three sun rooms on the third, fourth and fifth floors. (Three solariums?!?!) The place, we are given to understand, is sleek and impressive, ideal for displays of art and for hosting guests. But the townhouse’s most unusual feature, the thing its owners seem most likely to recall wistfully in years to come, is also among its most humble: a permanently installed hopscotch board on the terrace.

Then again, if Mr. Sillerman ever gets the hankering for a bit of playground fun, he can always buy another one—or, alternatively, an entire playground. 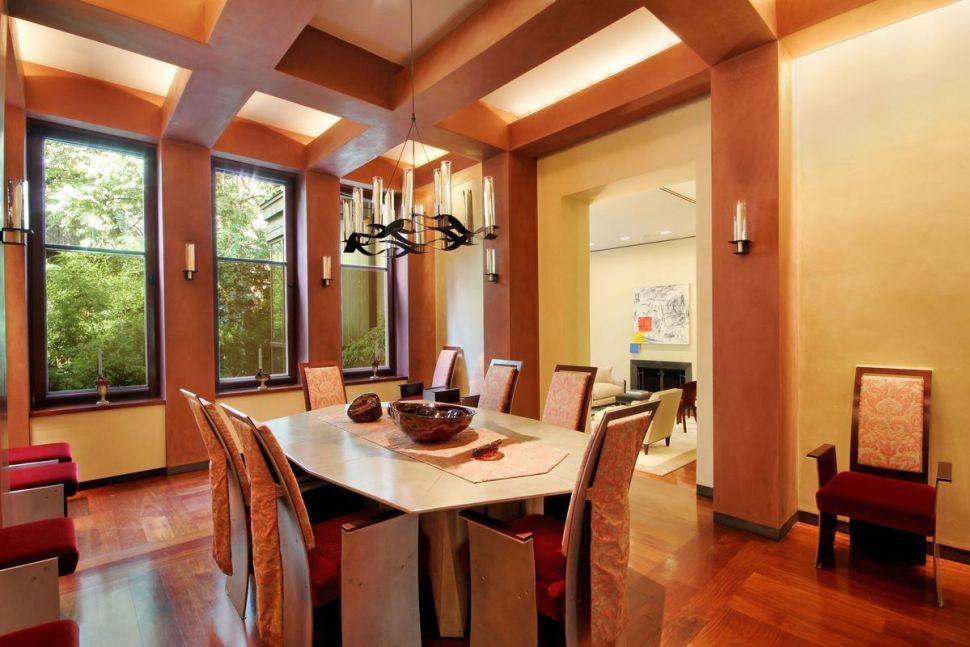