Watsky‘s rapid-fire lyric delivery is so flawless it practically begs imitation. Yet, despite this prowess for vocal gymnastics, the San Francisco-born artist, real name George Watsky—Watsky is as close as he will ever get to an emcee name—never set out to be one of the fastest rappers around today. After winning several spoken word competitions and performing at hundreds of universities, his “Pale Kid Raps Fast” video exploded on YouTube in 2011, landing him several TV appearances including one on The Ellen DeGeneres Show.

“That kind of changed the landscape of everything,” Watsky told the Observer after his VIP poetry set. “Suddenly I had this big online following and I was able to get the people who found the fast rap to go back and watch my old stuff. I’ve just been trying to hammer it home that … poetry is still a big part of what I do.”

Currently supporting his latest album, All You Can Do, on the road, for the first time his tour includes a 30-minute spoken word set for 50 audience members willing to pay a little extra. Watsky even sticks around to sign free posters and take pictures with fans. “I do not want you to feel gouged, even if that means you need to slap me in the face for the $50 to be worth it. Let’s just save it for the end,” he says.

Regular concert attendees will not be disappointed, however. The heartfelt, razor-sharp style of his repertoire contains a mixture of tracks that unapologetically transition between poetry and rap, often falling somewhere in between. The act is not exactly stuck in the alternative, self-financed, struggling-artist trope, but flourishes in spite of it, fueled by a devoted fan base that Watsky says is turning up in bigger crowds than ever before and rapping along to his fast pieces as well as poems like “Tiny Glowing Screens Part 2.” His lyrics, as a whole, steer clear of the typical misogynistic and wealth-obsessed conventions of the genre, preferring painfully honest and encouraging anthems and others that are just plain fun.

All You Can Do, released in August, is no different. From the title track, to songs like “The One” and “Woah Woah Woah,” Watsky charms with his effortlessly passionate and hilarious perspective. The album features his parents—not only a proud nod to his family history, but a nostalgic tribute to his family and the musical roots they passed on to him.

The lively and autobiographical nature of the album results in a scattered but intimate performance that fluctuates between grandstanding lyrics and moments where Watsky rails against his own celebrity. “Ink Don’t Bleed” recalls and apologizes for an incident at Warped Tour last year, where a 35-foot stage dive injured two audience members.

“I think that learning from your mistakes is more important than trying to completely move on and pretending that nothing happened,” Watsky said, acknowledging that the album wrestles with rejecting any sort of infallibility his fans might afford him. 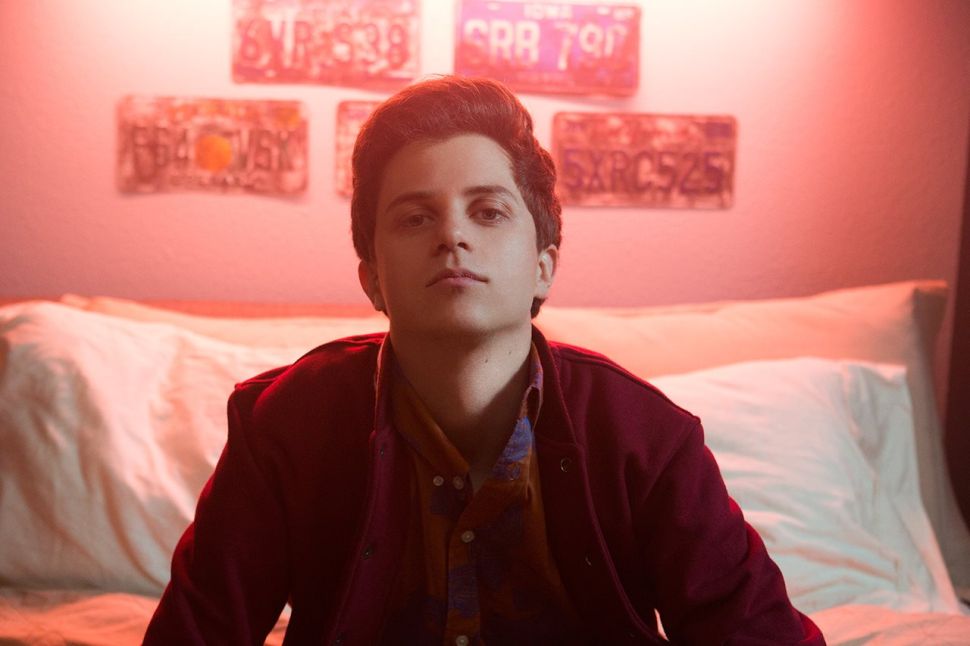