The story of a white police officer shooting a young African American man without any legal consequences is one with deep roots in this country’s political DNA. But equally important, the explanations, arguments and frustrations on both sides are the same ones that come to the surface whenever incidents like Ferguson occur–and if history tells us anything–recur.

A failure to indict or convict a police officer for beating or shooting an African American man, subsequent demonstrations on the streets, calls for peace and order by elected officials, and, ultimately, feckless commissions to study the problem are all part of a pattern that defines urban America for at least the last half century.

When a Missouri grand jury decided not to indict Police Officer Darren Wilson for the August 9th shooting of Michael Brown was made public, President Obama stated: “[We] are a nation built on the rule of law, so we need to accept that this decision was the grand jury’s to make.” This is more or less what a President is expected to say in such a situation. President George H. W. Bush made similar comments in 1992, following the acquittal of Los Angeles police officers who savagely beat Rodney King. “The court system has worked,” declared Bush 41. “What’s needed now is calm, respect for the law. Let the appeals process take place.”

President Lyndon Johnson’s comment following the riots in Watts in 1965 was slightly different: “There just must never come the hour in this republic when any citizen, whoever he is, can ever ignore the law or break the law with impunity.”

It is measure of how far our country has come in the almost half a century since the Watts’ riots. The rest of President Johnson’s statement included lines like: “It is our duty, and it is our desire, to open our hearts to humanity’s cry for help. It is our obligation to seek to understand what could lie beneath the flames that scarred that great city. So let us equip the poor and the oppressed,let us equip them for the long march to dignity and to well being. But let us never confuse the need for decent work and fair treatment with an excuse to destroy and to uproot.” The full statement, focusing as much on the problem of racism as on the riots themselves, would be unimaginable in today’s political climate.

Yesterday, President Obama also noted that “a deep distrust exists between law enforcement and communities of color.” Although to anybody who has spent any time in the U.S. this is an awkwardly obvious statement, it is still useful for the President to recognize. The question of what to do about this observation, and how to avoid future shootings like the one that killed Michael Brown is, however, far more difficult.

In a political environment where something as simple as confirming ambassadors is constantly held hostage to political bickering, it is hard to envision a national policy being debated, agreed upon, passed and implemented that would meaningfully address the issue of policing in many communities of color. Even at the local level, there is substantial disagreement. Former New York City Mayor Rudolph Giuliani’s recent comment that “White police officers wouldn’t be there if you [African Americans] weren’t killing each other,” may have been met with some controversy, but reflects a widespread perception among white Americans that many African American neighborhoods are crime-ridden places requiring police presence and strength. Views like those of Mr. Giuliani are at least as influential in determining police policy and explaining events like the shooting of Michael Brown as views emphasizing the role of race and racism.

There is a lot of precedent for events like the ones that are unfolding in Ferguson now, but most of it is not encouraging. There will likely be the requisite panel and recommendations, but also the dwindling attention on a longstanding problem with no easy solutions.  The national attention will turn to myriad other problems facing the country as well as to other distractions like the soon-to-return War on Christmas, or Kim Kardashian’s next photo shoot. With luck, a few years will go by before the next shooting of a young African American again becomes a national story. By then, the pundits, kibitzers and policy wonks can probe anew one of the oldest American stories. 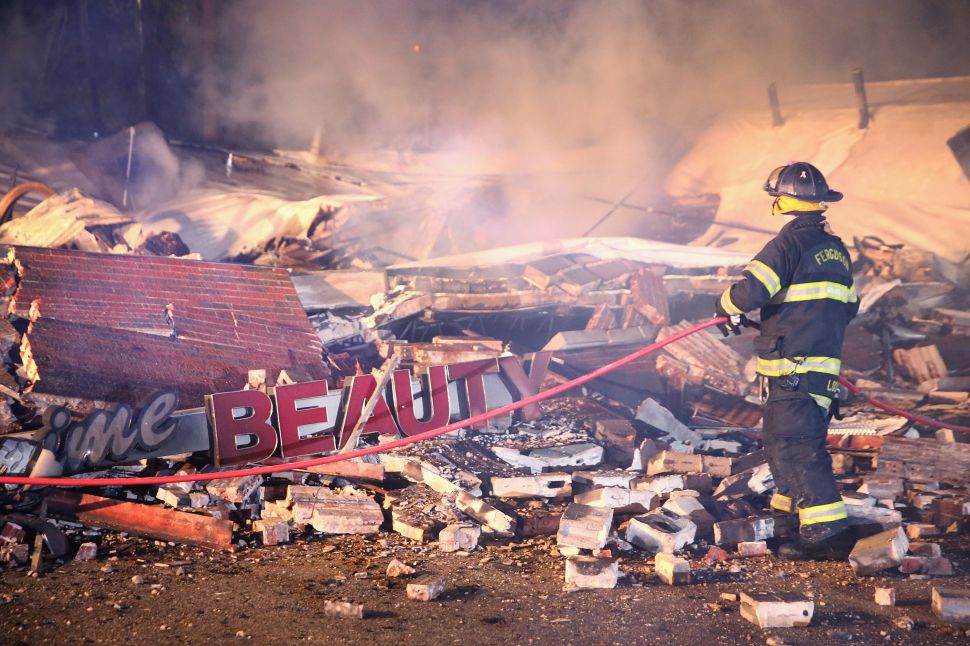