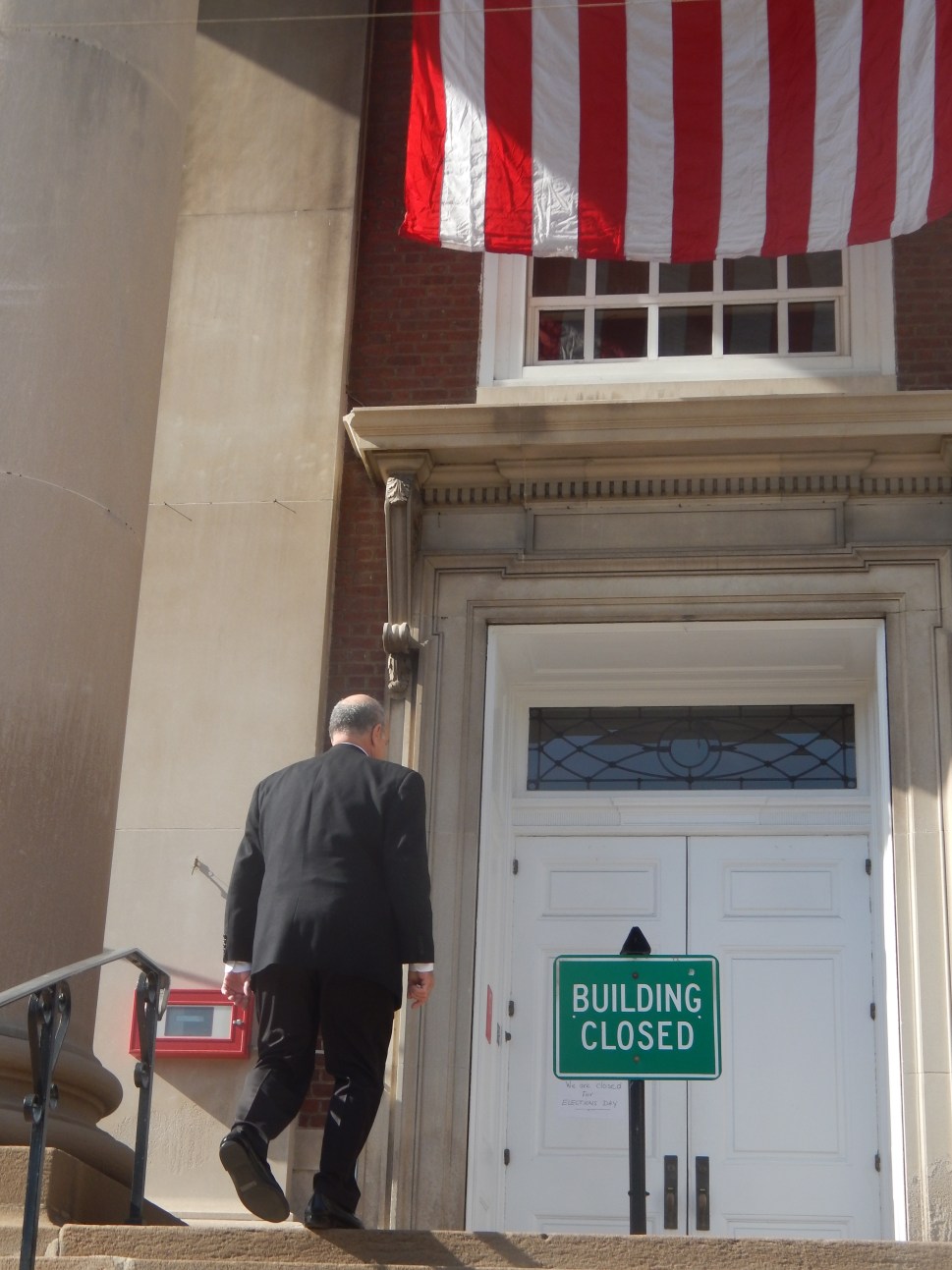 Under Christie’s chairmanship, the Republican Governors Association (RGA) increased its number of governors from 29 to 31. There are six new Republican governors: Charlie Baker (MA), Larry Hogan (MD), Bruce Rauner (IL), Asa Hutchinson (AR), Doug Ducey (AZ), and Pete Ricketts (NE). The RGA won in the biggest and most competitive states: Florida, Michigan, Massachusetts, Wisconsin and Illinois. Sources say Christie will kick off his campaign for the presidency in the new year.

The U.S. Senator’s 14-point margin of victory over Republican challenger Jeff Bell in a downbeat year for Democrats immediately enabled the senator to soliloquize in grand fashion about the country, causing everyone in the ballroom at the Robert Treat Hotel to speculate about the possibility of Booker vaulting even more lustily into discussions about president (if Hillary Clinton doesn’t run) and vice-president.

There was an eye of the tiger gleam from the beginning – those closest to him saw it, along with a strong work rate and accompanying willingness to submit to the discipline of a hard campaign, as Tedesco took advantage of his opponent’s moribund campaign effort and pulled off the biggest upset of the night in New Jersey: a 56-44% victory over incumbent Republican Bergen County Executive Kathe Donovan. The fact that he has an Italian surname helped him in South Bergen; so did a mayor’s race in Paramus, which spiked the vote in his hometown.

A self-funder with South and North Jersey ties resoundingly wins the CD3 contest. Sounds like a 2017 candidate for governor – or so say Republican sources.

Tedesco’s victory catapulted the Bergen County Democratic chairman to the top of the ranks of county party chairs, as the former mayor of Lyndhurst.

The PAC he set up to help Donovan in Bergen didn’t seal the deal for the wounded GOP county executive, but in the end it didn’t matter. The Ocean County Republican chairman could celebrate the Election Night victory of U.S. Rep.-elect Tom MacArthur in the Third Congressional District.

Challenged by Democrats in the Burlington County Freeholder race, the BurlCo GOP chair put together a strong combined effort of dollars and political relations to land wins for both of his freeholder candidates, victories that ensure Republican control of the freeholder board and minimize opportunity-seeking Democrats looking for places to play next year.

He staggered out of that Paterson mayor’s contest bearing the wounds of Ward 6 Councilman Andre Sayegh’s loss to Jose “Joey” Torres. But Pascrell’s presence on the ballot last night helped Tedesco outperform Donovan in South Bergen County. Pascrell could revel in Tedesco’s win – and argue – along with reinforced ally state Sen. Paul Sarlo (D-36) of Wood-Ridge – that he played a key part not only in boosting the county executive-elect – but in strengthening his own foothold in the Bergen portion of the 2011 redistricted 9th district.

He’s unorthodox, and made his backers sweat at least one Monmouth University poll showing his rival gaining in the closing days, but ultimately the movement conservative from Sussex County pulled out a convincing 13-point victory over attorney Roy Cho.

LoBo blew out his Democratic challenger on Tuesday night. That looks like the end of Bill Hughes, Jr. as a congressional challenger down in CD2, a result that conceivably creates an opening – if he decides to run in 2016 – for state Sen. Jeff Van Drew (D-1).

Long hounded by the well-organized, formidable local operation otherwise known as the Elizabeth Board of Education, the 20th District state senator – and his well-heeled ally Elizabeth Mayor Chris Bollwage – seized control of the board of education, as two of their three candidates won.

The upstart councilman beat up the establishment’s candidate for mayor in the Linden Democratic Primary, then displaced a veteran Mayor Richard Gerbounka Tuesday night.

The longtime antagonist to the Regular Republican Party helped shake out the votes for incumbent Clerk Kristin Corrado in one of the night’s surprise wins.

The Roselle mayor snuffed out Donna Obe in a school board race and – with Joe Cryan’s win in the Union County Sheriff’s race – stands poised to replace Cryan as a District 20 assemblyman.

She ran a bad campaign. At one point her sole selling point seemed to be the fact that she had strong name ID. It tells you something about the importance of putting a strong campaign together and executing consistently. Not many people gave Tedesco much of a chance against the incumbent Republican county executive, but Donovan let slide key victories, including a coveted endorsement by the Bergen Record and a focused plan of attack on the messaging side.

You may not know this man’s name but he is the chairman of the New Jersey Republican Party, which put up one Jeff Bell against U.S. Sen. Cory Booker (D-NJ) in what should have the marquee race of the season. The lack of a strong candidate at the top of the ticket became a factor in a battleground like Bergen, where – as it turned out – Donovan needed the kind of outside assistance she received in 2010 when the Tea Party environment gave her a boost in South Bergen she lacked this time.

He was never close to Donovan. They were, in fact, antagonists. But the chairman of the Bergen County Republican Organization suffered a painful loss last night when Donovan went down and his rival, Stellato, maintained control of the freeholder board. There’s always next year, when Republicans have a chance to nab three freeholder seats and yank control back to their side of the aisle.

The powerful local figure at the vanguard of the Elizabeth Board of Education 9pictured, above) went down in defeat Tuesday night, handing a win to arch rivals Lesniak and Bollwage and losing control of the national Blue Ribbon Award school board he has run since 1996.

He tied Roselle Mayor Jamel Holley in a pe-eating contest but couldn’t hold onto his mayor’s seat, losing to man he barely beat four years ago: Mayor-elect Derek Armstead.

It’s not so much that she lost this race in CD3 or even that she lost Burlington County to her rival Tom MacArthur. It’s the fact that she’s up for re-election next year with Republicans motivated by the fact that they held onto control of the board last night and broke any momentum Democrats could have established for 2015. Belgard appears very vulnerable for re-eelction.

It was a disaster. The Democratic Congressional Campaign Committee showed up in CD3 and proceeded to make a mess of Belgard’s campaign. The ads. The press relations. The bubble-wrapping of the candidate. All of it showed cookie cutter designs on a difficult Third District where – given the history – there was no room for error.

The Passaic County clerk’s candidate appeared to be in good shape in his challenge of incumbent Republican Kriston Corrado, but could not withstand the quicksand of South Passaic politics and the influence of Peter Murphy.

The avid fist-fighting mayor of Bogota managed to avoid any actual hooks or upper cuts last night but nonetheless got knocked out on Election Day in his re-election bid. 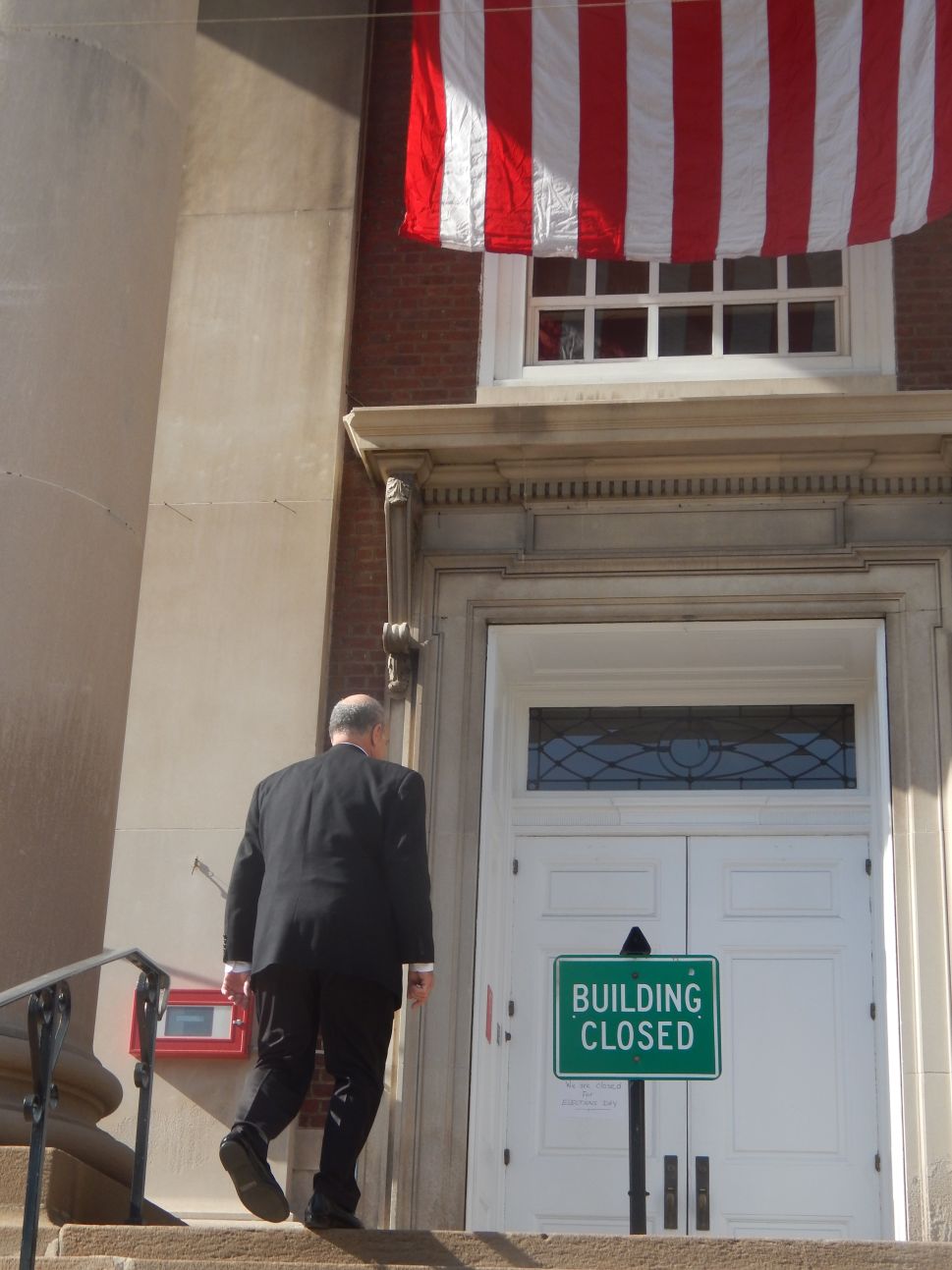