Much to the frustration of anyone in favor of ~disruption~, news emerged this week that United Airlines and Orbitz have sued Aktarer Zaman, a 22-year-old New Yorker whose travel site, Skiplagged, helps people find discount plane tickets.

But like in the case of rideshare apps, whose technology has put pressure on regular ol’ taxicabs to step up their game, some travel industry pros say Skiplagged is performing an important duty: forcing airlines to modernize their old-fashioned policies.

In case you missed it, United and Orbitz are upset that Skiplagged helps users book “hidden city” tickets—in other words, tickets wherein the layover stop is actually your final destination.

Imagine, for instance, you wanted to travel from New York to Chicago. With “hidden city” ticketing, you could hypothetically book tickets from New York to Anchorage with a layover in Chicago, but get off in Chicago and forego your next flight. The process often saves travelers money, CNNMoney explains.

Jordan Bishop is the founder of Yore Oyster, a travel site similar to Skiplagged in that it helps users find cheap plane tickets—sometimes by means of hidden city ticketing. Mr. Bishop told Betabeat he approves of what Mr. Zaman is doing “100 percent,” and that he even reached out to the 22-year-old to offer his support.

“[Mr. Zaman] and Skiplagged are taking a huge step in the right direction,” Mr. Bishop said. “Overall, airlines need to change their outdated pricing models or savvy consumers and companies will capitalize on the current inefficiencies.”

It seems as though United and Orbitz would rather sue Mr. Zaman than update their outdated practices, Mr. Bishop suggested.

“[Hidden city ticketing] is against the airlines’ policies, but that’s because they know their pricing models are archaic so they’re trying to protect themselves,” he said.

“I think his case,” he said, “is going to set a precedent displaying how modern innovations cannot be stopped by an incumbent company’s outdated rules.” 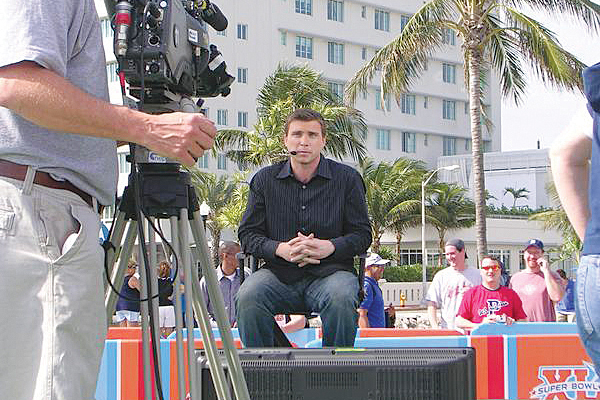