The recent news that the U.S. and Cuba will resume diplomatic relations means one thing for many Americans: Cuban cigars. Although the U.S. trade embargo has not been lifted entirely, eased travel restrictions will allow American tourists to bring back to the U.S. $100 worth of alcohol and tobacco. Cuban cigars, which vary in size, are both hand- and machine-made, and run the gamut in price from about $10 to $80 a piece.

“For 150 years, Cuba has been recognized as having the most suitable growing conditions in the world,” said Nick, a cigar expert who runs the Gotham Cigar Museum in Tampa, Fl., and who requested anonymity. “It’s like Napa Valley in California.” Cuban brands produce limited editions and regional editions, which are made for a particular country. “When the embargo lifts,” Nick said, “there will probably be a regional edition for the United States.”

Until that day comes, here are seven Cuban cigar brands Americans returning from Cuba can now enjoy without legal ramifications.

Partagas is a strong Cuban cigar, the most popular size of which is the Serie D. “It’s very heavy,” Nick said. “Earthy, peppery flavors, blended with a robust tobacco taste.”

The Cohiba, the more expensive of the brands—$60 to $70 a piece—is rumored to be the cigar rolled specifically for Fidel Castro. Cohibas were originally offered as gifts between diplomatic heads of state. Extra fermented, the finished cigar is aged and “has an unmistakable, very pleasant, grassy taste,” Nick said, “with flavors of vanilla and cocoa and coffee.”

Punch has a long history, having been registered in 1840 by a German. “It has a pleasant, woody flavor,” Nick said, “a very subtle, woody sweetness with a medium tobacco taste blended perfectly for excellent balance.”

These cigars don’t need a long aging period to appreciate, according to Nick. They contain “every flavor imaginable—floral and nutty, herbal and tangy, fruity and woody,” Nick said. “Besides being rich and complex, they’re not particularly tannic.”

Bolivars, which are earthy, tangy and fruity all at the same, with a strong tobacco taste, are not for beginners, Nick told us: “They’re strong and earthy, and you may have a reaction—some people get sick, and some people get flushed. You need to be careful and smoke it slowly. A beginner will most likely just puff, puff, puff.”

The best-selling cigar in the world, these cigars can be enjoyed by novice and veteran cigar smokers alike. “Tangy, pleasant flavor, fruity, sweet, with a heavy presence of bean flavors, like cocoa and coffee and vanilla,” Nick said. “They’re all blended with a medium tobacco taste.”

John F. Kennedy’s favorite cigar. The night before he signed the embargo in 1962, Kennedy sent press secretary Pierre Salinger to snatch up every box of them he could in the D.C. area. “Deceitfully mild and bland when they’re young,” is how Nick put it. The tobacco taste is enhanced with time, and they are best smoked—for a cleaner, stronger taste—after 10 to 15 years of aging. 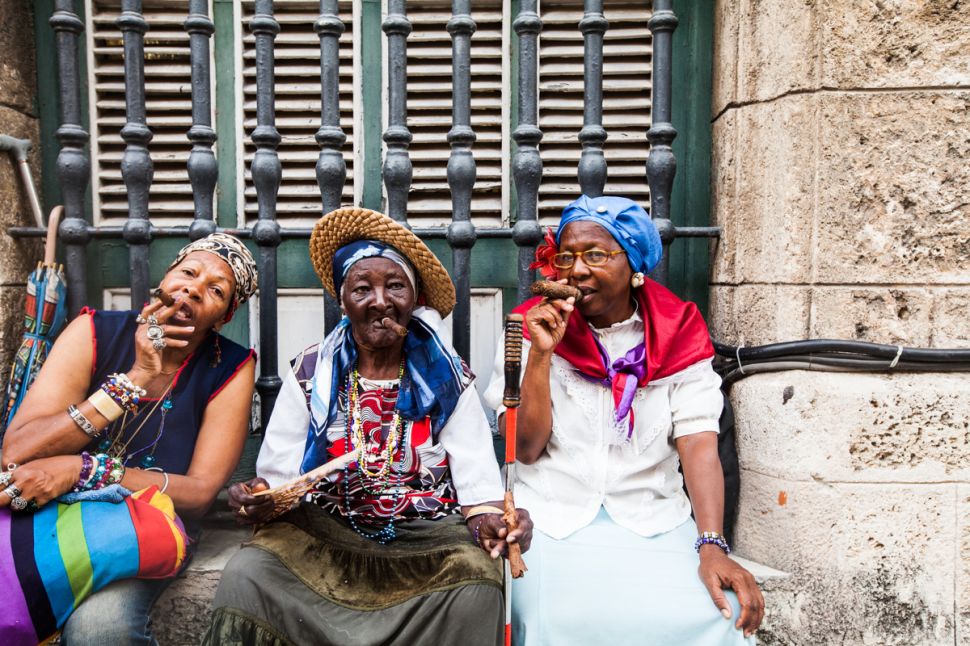