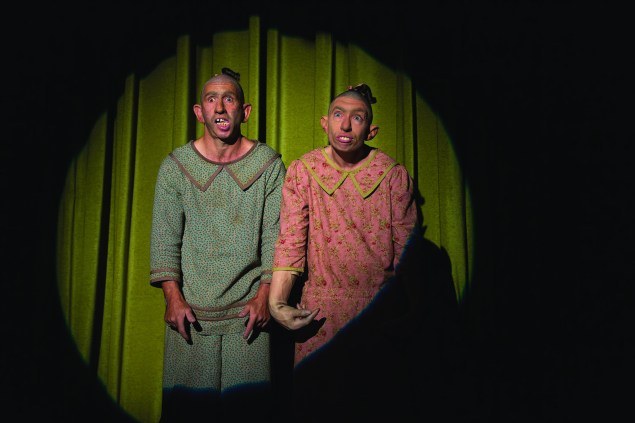 You may have noticed that I’m a day late on my recap on American Horror Story: Freak Show this week regarding Elsa Mars and her sudden, desperately maternal love that we’re supposed to believe she’s had for all her “monsters” this entire time. You would be right. I am late on this. Because I just cannot, American Horror Story. I’m sorry, but you’ve let me down one too many times before. I forgave you after Asylum, especially when so many of my esteemed contemporaries declared it their favorite season of Ryan Murphy and Brad Falchuk’s Emmy Award-winning Tumblr of GIFs.

And I did forgive you, despite my deep reservations that the devil–inhabiting the body of a young nun–could coexist in the same mental institution where aliens were performing hysterectomies and never once address the situation. That was just shabby, lazy storytelling. Does the omnipotence of satan and his legions not extend into outer space? That would definitely be something worth exploring! But no…Asylum was too busy throwing as many Creepy Pastas at the wall to actually check to see which ones were sticking. Why not have Nazis and the Angel of Death and mutant Chloe Sevigny being used as a biological weapon? Hell, throw in a Bad Santa and Bad Seed, Adam Levine and Anne Frank, and the most embarrassingly named serial killer in history too! The more the merrier!

Then Coven came along and all was forgiven, even though many didn’t agree with me on that one, either. Who knew horror was so divisive? But that was the season of Grrrrl Power and noticeably the first cycle to feature high camp as part of the story, not an accidental by-product of having Jessica Lange in close proximity to a tumbler of gin. It also gave us Kathy Bates and Angela Bassett, who proved they could more than hold their own against Ms. Lange’s formidable soliloquies about squirrels.
[youtube https://www.youtube.com/watch?v=HR461NmKBkg&w=420&h=315]
Now Freak Show–which originally had more of that Coven-style celebration of “otherness”–has boomeranged back into the dour and joyless air of Briarcliff. Not just in the tone of “Orphans”– which was so full of melodrama that it went beyond hand-wringing and into literal hand-losing–but in its actual plot line, which came around full circle to deposit one of the “freaks” off at the former Boston tuberculosis ward. Goodbye, Pepper! At least we know your fate involves some sort of alien brain transfusion at some point! And then to an inglorious death, mentioned only in a throwaway line in the last moments of TV’s most bonkers finale of all time.

American Horror Story‘s problem (or, one of its many problems,) is its abrupt, emotional curveballs that disorient you into believing you are watching a different kind of show than what you started with. “Oh, maybe we were always supposed to care about Pepper?” you end up thinking as Mars tearfully makes her goodbyes. “Wait, am I the asshole here?” No, my friend, you are not.

Pepper’s grief over Salty’s death was one of those abrupt tonal shifts: suddenly the titular “horror” wasn’t the gleeful, stabby clown kind. It was the horror of grief, the horror of a life that refuses to end just because someone else’s did. That’s…a very different kind of show than the one we’ve been watching so far. The decision to spend the majority of the episode on Pepper’s Dickensian upbringing and the kitchen sink sob story of being framed for her nephew’s murder was equally off-base. The problem wasn’t that it didn’t make me feel anything…if anything, it was the knowledge that I’d been manipulated into these feelings, just for the sake of this one episode. Because AHS has ADD, and I doubt we will be seeing Pepper anytime in the near future. Her story has told its purpose, and now she’s gone full circle to where we first see her, years later or two years ago (depending on your Marty McFly sense of this universe).

There is a reason why horror movies kill off the dumb blond cheerleaders first: we aren’t supposed to like them. They had it coming. They weren’t “pure.” I have to wonder what’s the point in a show that aspires to be something akin to emotional torture porn…and still finds itself falling short.

You cannot bring in a character that has been in the background for twenty episodes in the course of two seasons and then, in the space of an hour, try to cram in as much backstory as possible in this half-ass attempt to make us care. Despite her being the thread connecting all these seasons together in one crazy Ryan Murphy quilt, Pepper’s role has always been that of a plot device and little more. Background noise. Ambience. And this episode wasn’t really about Pepper-though she had a nice moment of misinterpreted sorrow with Mary Eunice–so much as it was about showing the ambivalently still-beating heart of its real star, Elsa Mars.

Because Elsa, as of this week, really, really cares about each and every one of her “monsters.” We are supposed to find her separation from Pepper as heartbreaking as a mother leaving its child in the arms of strangers. Except this is a woman we’ve seen perform exactly the same act, with no remorse, as recently as last month. (When she dropped the twins over at the Motts.) We’ve seen the depths of Elsa’s chilliness that she hides with her splashy veneer. Two weeks ago it was in her murder of Ethyl (and the gruesome decapitation of her best friend’s body). She’s admitted that she only wanted to have her own freak show so that she could become a star herself, and her willingness to trust a sleazy bitch like Stanley over her self-made “family” only further proves that her vanity and ambition leave no room for anything close to love.

The fault doesn’t lie with the actress either, because this show does not really give Lange the chance to expand past caricature: either she’s a stone-cold bitch who would do anything to stay on top (what we in the AHS biz like to call a “Fiona”), or she’s a stone-cold bitch who becomes pathetic in her fall from grace (that’s a “Sister Jude”), or a stone-cold bitch trying to pull an Extreme Home Makeover: Gah-gah-gah Ghosts! while her son dead son impregnates you with the antichrist (a total “Constance”). Only by the saving grace of Jessica Lange’s ability to keep a straight face through a hilarious spectrum of accents do these roles ever become distinct enough to warrant Golden Globes.

Oh well. At least we have Neil Patrick Harris and his dummy to look forward to. Now that’s entertainment. 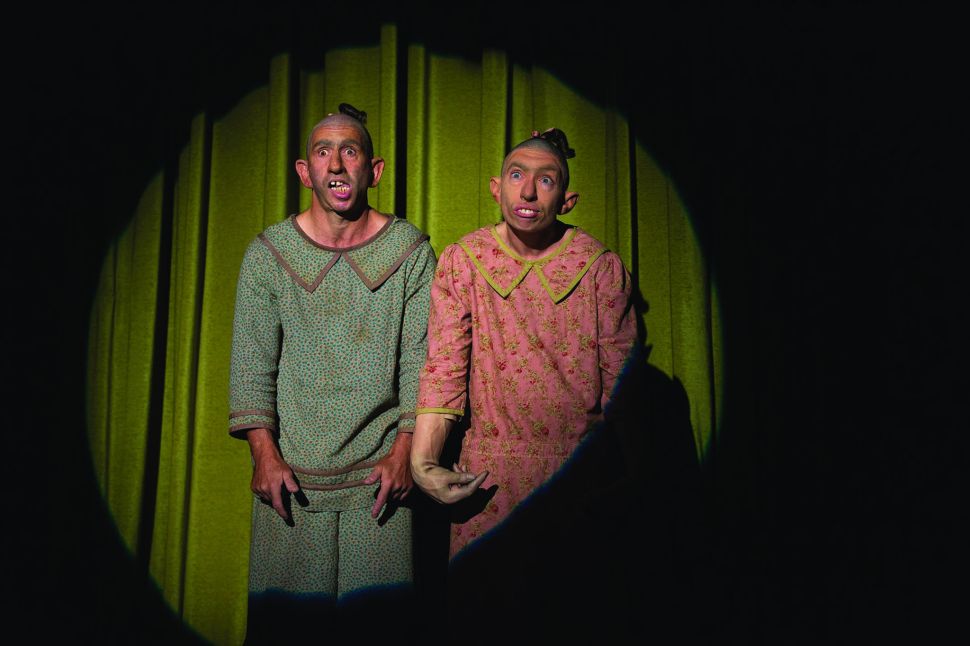