During the last blackout, Mary Lee says, she and some of the other owners of her co-op building at 360 West 36th Street went up to the rooftop. David Byrne, who owned an apartment there at the time, brought his guitar and led the group in song into the wee hours. Ms. Lee, a jewelry designer now in her 70s, bought the co-op with her husband—who passed away recently—some 18 years ago. “The people we bought from were a very interesting couple,” she recalled when we spoke by phone. “One of them had been a manager at Newsweek magazine—the bureau chief in South Vietnam during the war. There were a lot of creative people in the building then. It was a building of independent spirits.”

Alas, she allowed, the area “is certainly no longer the Wild West.” The building has become more expensive, catering to “more business type people” and shifting closer to a white-glove atmosphere. It was in part this change, we presume, that allowed Ms. Lee to sell her 3,794 penthouse for $3.937 million, a record for the neighborhood, according to CORE’s Elizabeth Kee, who shared the listing with her colleague, Michael Rubin.

“Of course,” Ms. Kee said, “when Hudson Yards is built, we might see neighborhood prices go up pretty quickly. This apartment is off the beaten path, but soon to be at the heart of everything.”

That remains to be seen. For now, 36th Street and 9th Avenue, where the building stands, remains a less than prime intersection. But as Ms. Kee noted, Ms. Lee’s co-op offers the opportunity to create quite a spread. There’s a private, planted rooftop terrace of 1,500 square feet, plus another, smaller one off the entry level. Currently configured as a four bedroom, with formal living and dining rooms, several home offices and ceilings more than 10 feet high, it could easily—with its palatial space—be aligned with most any fancy. Ms. Kee considered that the buyer, whom she declined to name, would embark upon a multi-million dollar renovation; she regretted only that the co-op board felt averse to property flippers, several of whom had previously expressed interest.

“When we moved here, we had two dogs and when we took them out for their midnight run, we were dealing mostly with hookers and trannys,” Ms. Lee remembered, laughing. “But in an interesting way, that made it a neighborhood. They looked out for you. They brought treats for the dogs. The views are still nice, but they’re not what they were, with the construction on Tenth Avenue.” Ms. Lee will be moving to a smaller place uptown, at 86th Street.

“You can hang your own art in the hallways here, which they don’t let you do in most buildings,” she continued. “You can have whatever front door you want, which is different than in most buildings. There are still four or five of the original co-op tenants here. You hear murmurings from them about gentrification, and not in a good way. Once you move away from something, you can’t go back and create what was.” 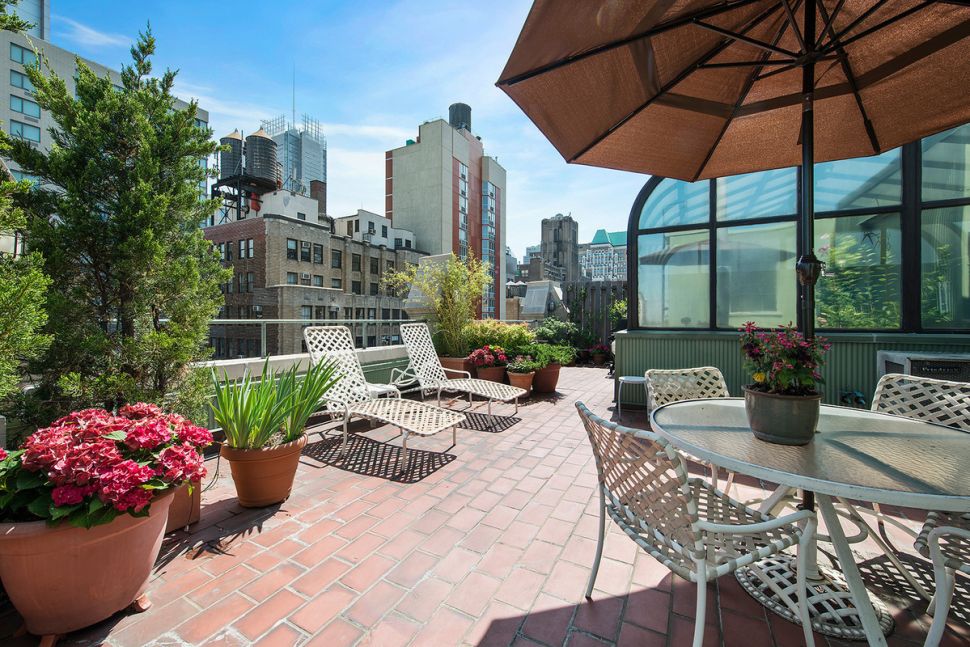