The future king and queen of the United Kingdom paid a holiday season to New York this week, and not surprisingly, they were accorded a starry-eyed welcome. New York loves fame, beautiful people and glamour, and the Duke and Dutchess of Cambridge have all three.

New York may see itself as a bastion of American meritocracy, but it does have a thing for the House of Windsor and its predecessors. The city, remember, was the last bastion of British rule in the 13 colonies. When British troops and civilians sailed out of New York on November 25, 1783, they left behind a solitary Union Jack whipping in the breeze near the Battery. In some ways, it has never been hauled down, or have you not visited the newsrooms and boardrooms of some of the city’s best-known media and publishing outlets?

There was some concern that the Duke and Dutchess might encounter demonstrations protesting the grand jury decision in Eric Garner’s death, but the only unsettling moment came when the royals took in a Nets game against Cleveland in Brooklyn’s Barclays Center. LeBron James warmed up wearing a T-shirt reading, “I Can’t Breathe,” Garner’s last words.

Mr. James’ political statement at such a moment was moving, but as awkward moments go, it was nothing compared to the controversy generated during the first royal visit to New York in 1860. Amid much un-republican bowing and scraping, the Prince of Wales—Victoria’s son, and the future King Edward VII—toured the city his ancestors had abandoned in 1783. But a group of mostly Irish-American soldiers in the 69th Regiment, New York State Militia, refused to march in a parade in the Prince’s honor. The unit’s commander, Michael Corcoran, was court-martialed for insubordination. (He was brought back to defend the Union months later. All was forgiven.)

Suffice it to say that not all New Yorkers are prepared to bow, curtsy, and otherwise prostrate themselves in the presence of Old World royalty. But even a skeptic must admit that the Duke and Dutchess are attractive and likeable, and their presence in New York during the holiday season can only be a good thing. For the city and royals alike. 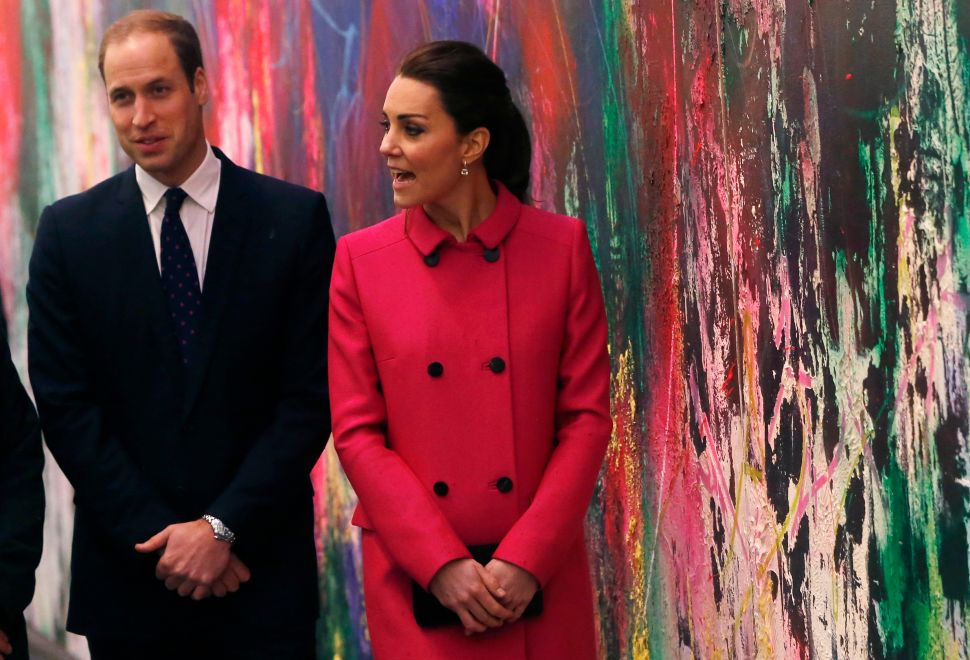