The Local Input in Community Healthcare Act—sharing LICH’s initials—would force the commissioner of the State Department of Health to provide the public with an assessment of an impending closure’s impact, of what steps the state can take to mitigate that impact and explain why the state cannot take over the hospital in question. The bill would also mandate a public forum on the closure, and require the DOH to issue a report responding to local concerns raised, identify ways to respond to those concerns and to only approve a closure if the needs of the area can be met.

The proposal responds to a perceived lack of transparency in the decision to allow the State University of New York system, which owned LICH, to shut down the Brooklyn medical center and sell the building complex to to luxury developer Fortis Properties.

“This bill simply would simply ensure that there is never another situation like we have experienced at LICH,” said Mr. Squadron, who represents much of the area that the defunct hospital served.

Ms. Simon, who will introduce the bill as her first act upon entering the Assembly, argued that it is necessary for the state to be brought in touch with the people whom a hospital closure will affect.

Mr. Stringer suggested the politicization of the hospital’s closure played a part in the failure of the effort to keep it open.

“It was about politics, it wasn’t about healthcare,” he said. “The LICH process got away from the community and became a political, an over-sized political agenda, and that obviously resulted in something really terrible happened.”

He would not directly criticize Mr. de Blasio, however.

“We’re here to be pro-active today, and this is a positive press conference. We don’t want to direct our frustrations at any one individual today because we’re actually doing something positive about it,” Mr. Stringer said.

The lawmakers all refused to answer whether they supported the sentiment of a sign brought the leaders of Patients for LICH, one of the community groups that participated in the press conference, which depicted Gov. Andrew Cuomo as a vampire. Many locals blamed Mr. Cuomo, who appointed almost all of the SUNY system’s board members, for allowing the closure and sale to go ahead.

Mr. Squadron said he believed he could get both the governor and the State Senate Republican majority to back his bill, noting that the hospital closure had played a large part in budget negotiations last year.

“Albany is not the land of bipartisanship or collaboration, normally. However, this issue was so significant, and so damaging, that it has gotten statewide focus,” he said. “So I am hopeful that the Republican State Senate, in the name of LICH, it’s called the LICH Act, will give consideration to us, all of us in the legislative branch, all of us in the community, will support us. And I hope the executive branch and the whole state support it as well.” 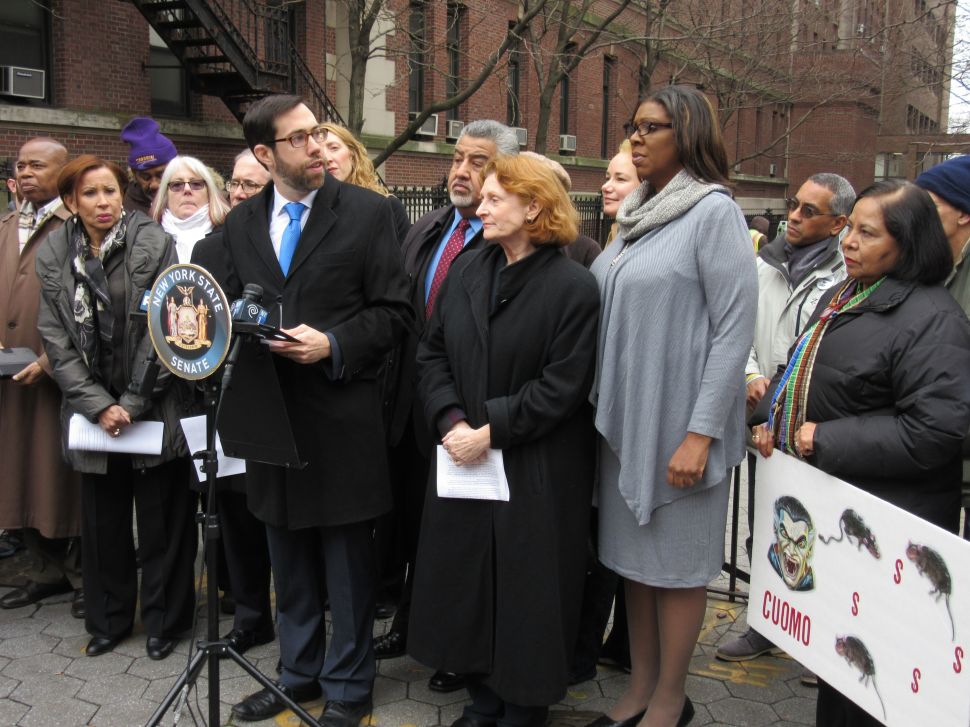