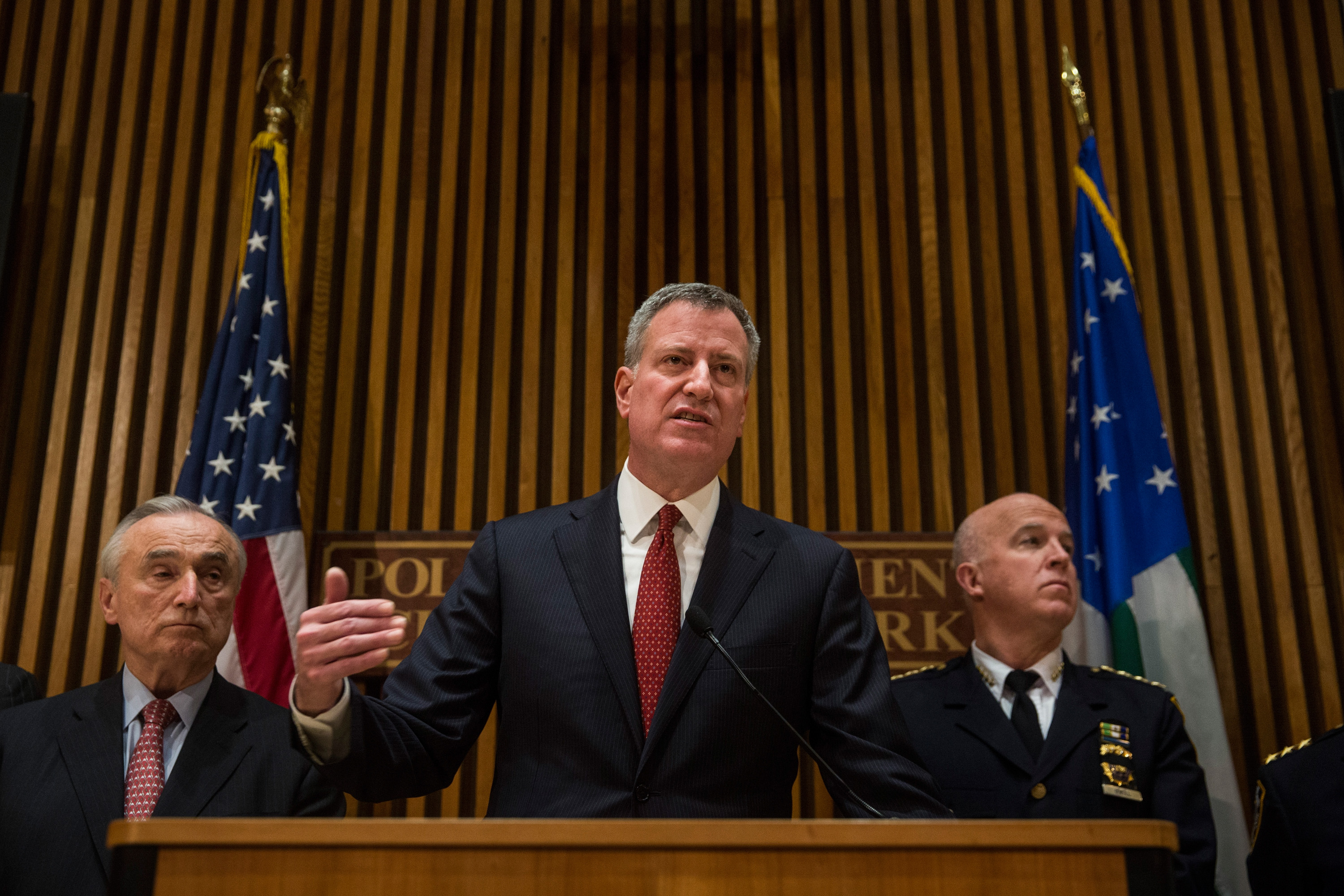 As he called for quiet and calm among protesters and police unions until two murdered police officers are buried this month, Mayor Bill de Blasio said today he would work to move the city forward after the brutal crime and angry responses to it.

“I think leaders have to rise above the fray and the anger and the back-and-forth and take us somewhere. So, I am going to do everything I know how to do to help move us forward,” Mr. de Blasio said at a press conference at 1 Police Plaza today.

The mayor’s remarks come after a speech to police this afternoon, and after two of the city’s police unions and some elected officials blamed Mr. de Blasio and anti-police-brutality protesters for the deaths of the two officers, Wenjian Liu and Rafael Ramos. The officers were gunned down by a man who had vowed revenge online for the police-related deaths of unarmed black men, including Staten Islander Eric Garner.

The unions have quieted significantly since Saturday night, when dozens of police officers turned their backs on Mr. de Blasio and Patrolmen’s Benevolent Association President Patrick Lynch said the mayor had blood on his hands. Mr. de Blasio said he thought Mr. Lynch’s comments were a “mistake.”

Today, just a few weeks after Mr. de Blasio spoke movingly about the death of Garner—infuriating Mr. Lynch when he mentioned telling his biracial son Dante to take “special care” with police—the mayor spoke movingly about Liu and Ramos, invoking his children yet again as he told of comforting Ramos’ two teenage sons. 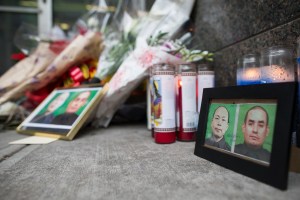 A memorial of candles and flowers in front of the NYPD’s 84th Precinct. (Photo by Michael Graae/Getty Images)

“You have two teenage young men, good young men, who no longer have a father because of an assassin. And it was very difficult for Chirlane and I to talk to two kids—that of course we saw the parallel to our children—and hear them trying to put on a brave face, trying their best to make sense of such a painful situation,” Mr. de Blasio said. “They were incredibly admirable, impressive young men. I told them that I lost my own dad when I was 18, and that as painful and difficult as it is, families come together—people find a way forward. And I also told them we would all be there for them.”

While he called on protesters to stay out of the city’s streets during a period of mourning—something some protesters have already pushed back against—Mr. de Blasio maintained that he could both support their right to protest and support police at the same time.

“We have people who are trying to work for a fairer society. Anyone who does that nonviolently, I respect that. I respect our men and women in uniform. Those are not contradictory thoughts,” Mr. de Blasio said.

And after morning, Commissioner Bill Bratton said on the Today Show that he thought the mayor had lost the support and trust of “some officers,” Mr. de Blasio said not every one of the city’s 35,000 cops have to agree with him.

“They all have their own views, like every other individual in our society. So, the way I would frame it is, I think some people feel one way, others feel another way, but to me, that’s not what I need to pay attention to. I need to support them regardless of what they feel. And I have,” Mr. de Blasio said, citing $400 million he’s added to the police department’s budget.

Mr. Bratton said his comments could apply to any number of mayors over the years. 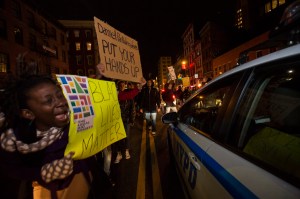 Mr. Bratton also compared this morning the tension in the city to what he witnessed in the 1970s, when he started his police career in Boston—a remark that could remind some of the “bad old days” opponents warned of prior to the mayor’s election. That decade saw three pairs of cops murdered in New York City, in fashions similar to Saturday’s crime.

The mayor said he admired how Mr. Bratton emerged from that tumultuous time in Boston as a reformer.

“I think it’s very telling that a man who saw such pain, and such division, instead of choosing to retire, or go into another business, said, ‘I’m going to go farther, I’m going to go deeper, we can change this. We can make community and police come together. And we can keep people safe,'” Mr. de Blasio told the Observer. 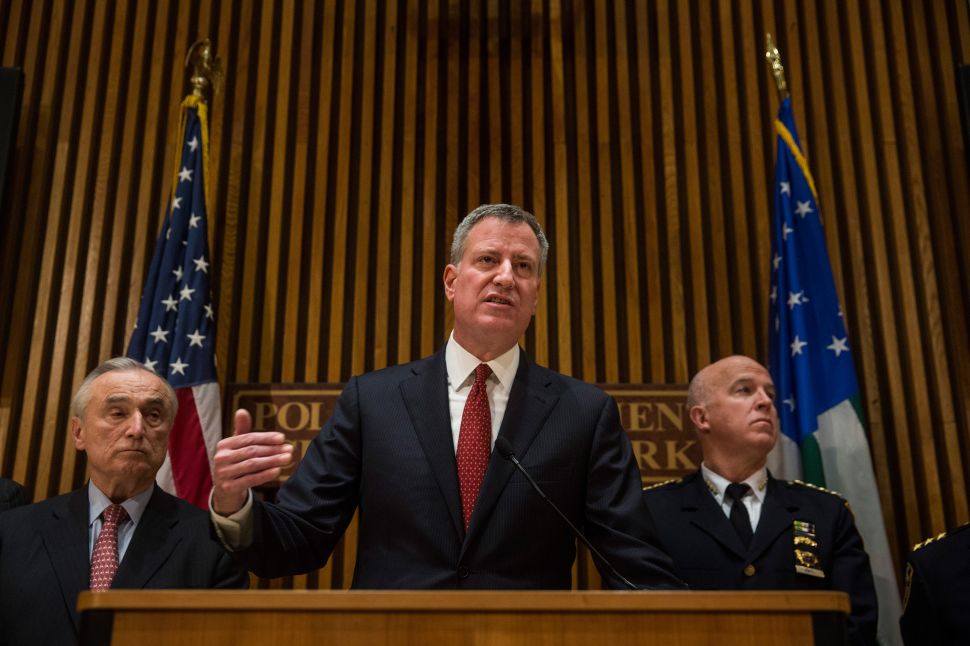