Most police officers and detectives would be horrified by the idea of the Internet taking a case of homicide into their own hands. One Canadian detective, however, is trust-falling into Twitter regardless.

Toronto detective Tam Bui is enlisting Twitter to put one of his own cold cases to rest. Detective Bui and the Toronto Homicide unit are looking for justice for 24-year-old Mike Pimentel, a man who died of a stab wound on New Year’s Day, 2012, allegedly by a man and a woman who are still at large.

It’s not totally bizarre for the police to turn to social media to chase tips or find a missing person. But tweeting out evidence and asking for Twitter’s opinions on who might have committed a murder takes the enterprising use of social to new disturbing new heights:

Do you know who was carrying this knife in 2011? Was it a friend, coworker or family member? Were they in TO on NYE? pic.twitter.com/2X8WgubT3n

Detective Bui is an avid fan of ‘Serial’—he was inspired while listening to the podcast with his wife to construct his own murder mystery narrative using social media to see if there’s anything new that legions of self-made sleuths could offer him. In an attempt to stimulate popular interest for the unsolved case, he’s releasing evidence every Saturday with the #mikepimentelmurder hashtag.

“People have a real appetite for cold case and historical murder—that sense of injustice that time has gone by and the family’s hasn’t had closure—and there are often clues,” Detective Bui told Daily Intelligencer. “When our investigation stalled, one way we can try to move it forward is putting out information to the public.”

Mr. Bui is a rare case among law enforcement professionals—usually, detectives, police officers and forensic teams try to keep voyeuristic masses out of an investigation. But the hit podcast—as well as the online community that poured over every detail of Sarah Koenig’s investigation to try and beat her to the punch—has inspired new faith in using the crowd to solve a murder mystery. Until now, the first thing to mind when anyone heard the phrase “fighting crime using social media” was the tragic mishandling of the Boston Marathon bombings by gung-ho redditors.

Just last week, an Indiegogo campaign launched for an app called Crowdsolve, a dedicated platform built for the express purpose of solving murder mysteries using scores of slacktivists. When we asked CrowdSolve founder Colin Heilbut what he thought about police who rejected public help, he said something that seemed foolish and ill-fated at the time, but now seems prophetic in the case of Detective Bui’s New Years’ stabbing mystery:

There’s a young generation of professionals in these industries who are aware that these systems can improve workflow. But we have a tremendous amount of work to do to prove ourselves worthy of their consideration.

Detective Bui hasn’t seen an overwhelming engagement since he started the #mikepimentelmurder on December 6—certainly nothing on par with the thousands of redditors obsessing over the case of Hei Min Lee, or the Boston Marathon bombings. Perhaps as more clues roll out, more people will become more involved. Maybe they could even turn up a meaningful lead, a tip, a clue or some breaking insight.

Turning to the crowd to solve crime could use that kind of success story. 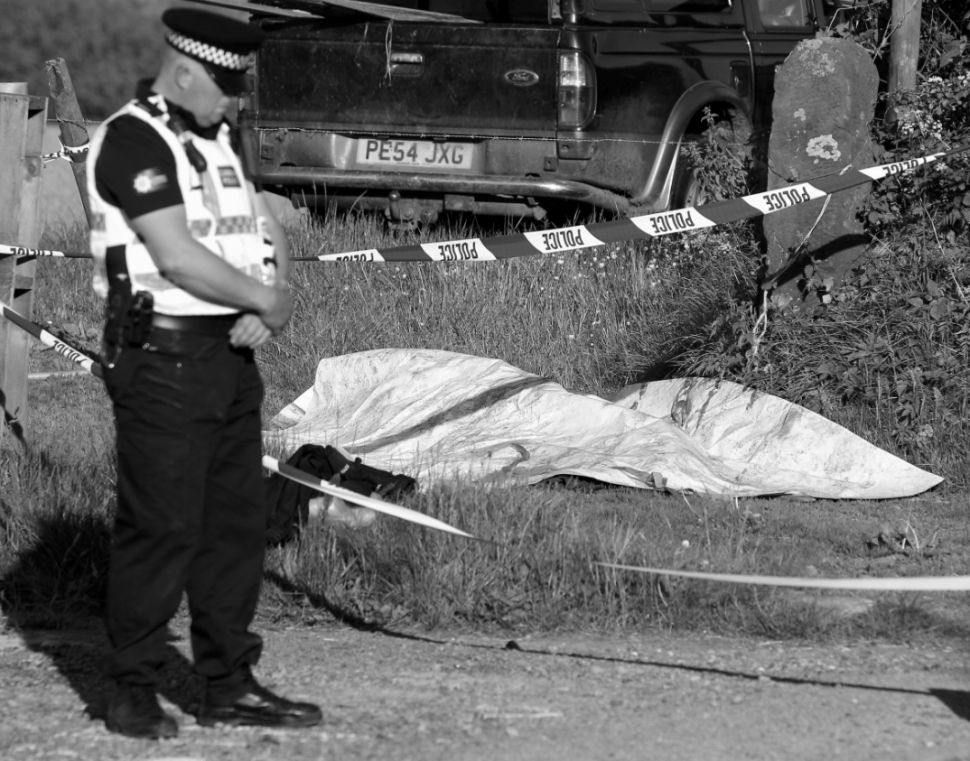