I don’t much know what Prince William and the Duchess of Cambridge got up to on their New York visit.

And I don’t much care.

I mean no offense. They seem like a very loving couple. Decent folk. I especially feel for William who lost his mother at a young age. I am happy he has found a fine woman he loves and with whom he is building a growing family. He is an impressive young man. His wife equally so.

But that’s about it.

Because I’m an American, I don’t see them as any more special than the next person. In fact, that’s the very essence of being an American.

America was born through the rejection of royalty. A detestation of the divine right of kings. A revulsion at the idea that any man or woman is born superior to their fellows.

I have my issues with President Obama, but in the news photo of him sitting next to Prince William at The White House, I took pride in my president for being a self-made man. He sat in that chair because he earned it. Prince William, for all his decency, sat there because he was born into it.

America is a meritocracy where people are rewarded for effort. We have no Dukes, no Counts, no Lords.

A few years ago I debated atheist Richard Dawkins at the University of Toronto at the Idea City convention. He went on about how religion is a lie. There was no proof for God. So why did people insist on perpetuating this lie?

He insisted that he had nothing against religion, other than the fact it was not true.

When it was my turn I asked, “Since you’re a British subject, did you ever find scientific evidence that some people are born with blue blood? That royalty is born with a different DNA structure to us mortals? And if not, why do you perpetuate it? Why does the “lie” of religion bother you but not the lie of royalty? Why haven’t you devoted your life and your books to refuting that lie?”

There was no response.

Which begs the question: Why are we Americans—for all our history—so fascinated with this stuff? Why did the royal visit dominate the headlines in New York where the American revolution was felt so deeply and which spent much of the war under royalist occupation. Americans back then hated their king and did everything to get rid of him.

Now, we go gaga over a royal visit?

I don’t quite know the answer. Perhaps my readers can help me.

Is it a human need to deify humanity? Is it that in an increasingly godless age we all require objects of worship?

Or perhaps it has something to do merely with celebrity. The royal family is famous.

Or perhaps in an age of flimsy and ephemeral novelty we have nostalgia for something old, unbroken, and ancient.

If I had to guess I would say it’s something different entirely.

Walt Disney called his resort “The Magic Kingdom.” The two words so often go together, as if every kingdom is somehow magical. The same applies to the words “beautiful princess,” as if none are ugly.

The underlying attraction to royalty is the human desire for an effortless life, where all things are magical and where all beauty is innate. A meritocracy has its own rewards. It allows ordinary people to become extraordinary, but it always involves hard work: the entrepreneur who must burn the midnight oil to build his business. The rising politician who must travel around the country begging rich people for money to make his candidacy viable.

Even human attraction involves such hard work. It means dieting and giving up the foods we love. It means exercising, running and weight lifting.

But then there are people who are all those things—rich, beautiful, wonderful—without any effort at all. They are angels who live among us. They are magical.

In giving us things like “Enchanted forests” and “Never Never Land” where no boys grow old, Disney tapped into our sense of tiredness and weariness at the constant struggle that life demands, the never-ending battles to make something of ourselves. The battle to feed our families. The struggle to be happily married. The demands of raising purposeful children. The struggle to sustain healthy self-esteem.

After all that exertion, we need an escape, a place to which we can retreat where everything is wonderful without having to try.

And royalty is fantasy in the flesh. An impossible, effortless, wealthy, magical existence that seemingly requires no effort or struggle.

I get it. And I’m drawn to that world as well. Would it were that all men were princes and all women princesses.

But I would take an American hell of blood, sweat, and tears over a Royal heaven of effortless beauty, prosperity, and success.

Because the only thing really worthwhile about heaven is that it’s a place we have earned rather than it being handed to us on some magical platter.

Rabbi Shmuley Boteach, “America’s Rabbi,” is the best-selling author of 30 books and recipient of the American Jewish Press Association’s Highest Award for Excellence in Commentary. He has just published Kosher Lust: Love is Not the Answer. Follow him on Twitter @RabbiShmuley. 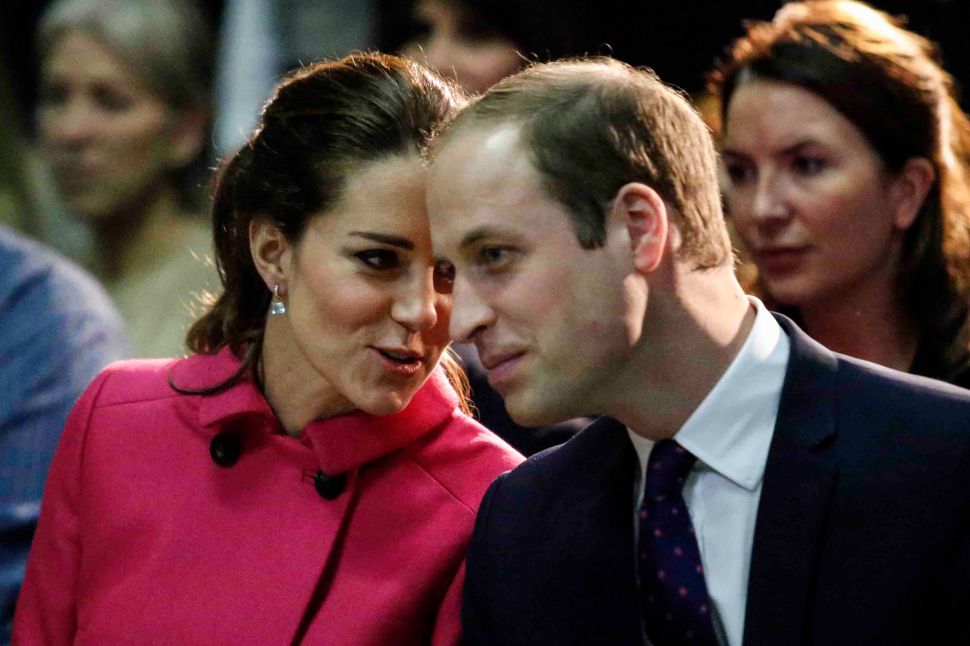