Chicago’s Field Museum began a precarious conservation project to restore the 2,500-year-old mummy of a 14-year-old Egyptian boy that it’s had in its possession since the 1920s. The mummy is set to travel to exhibitions at the Natural History Museum of Los Angeles County and the Denver Museum of Nature and Science, but before it can it has to undergo risky repairs. Conservator J.P. Brown oversaw the precarious lifting of the coffin’s lid, only aware of the existing damage to the mummy available through X-rays. Apparently, there’s little risk that the mummy could actually turn to dust. “The last bit of ‘Indiana Jones’ and all that — that’s not going to happen,” he said. [AP via U.S. News & World Report]

An exhibition of photographs by Brock Elbank is scheduled to open at London’s Somerset House next year. The kicker: it’s all going to be photographs of facial hair—specifically beards. With Lumbersexual style dominating the mainstream from Brooklyn to the UK, why not give facial hair the art treatment? Portrait subjects include actor John Hurt, model Ricki Hall, and more. [Guardian]

It’s been several weeks since Detroit’s Grand Bargain was approved and the DIA’s holdings were deemed safe, so it’s time to check back in. Currently, it looks as though the DIA will need to raise up to $350 million in order to fulfill its Grand Bargain obligations and remain freestanding. But its time in the spotlight seems only to have helped its cause. DIA director Graham Beal said, “When I first came here, I had to tell people what a great collection this was, how valuable it was. I don’t have to do that anymore.” [Bloomberg]

Miami graffiti artist Delbert Rodriguez Gutierrez is in critical condition after being hit by a car driven by Miami police detective Michael Cadavid on the morning of December 5. The 21-year-old was tagging in Wynwood (an area known for its colorful murals and graffiti) during one of the busiest art weeks of the year (Art Basel Miami Beach was in town) when Mr. Cadavid caught him, flashed his lights, and in a brief chase, accidentally hit him with the police car. Miami police chief Javier Ortiz responded to the family’s reaction by saying, “I understand she is extremely upset, and rightfully so, and that her son is in the hospital. However, for every action there’s a reaction. If he would have not been committing a crime and then running from law enforcement, this could have been avoided.” The artist is at Jackson Memorial Hospital. [Hyperallergic]

Here’s a rare chance to see artworks by some of Lithuania’s most prominent 20th-century artists—including Marc Chagall—with an exhibition of artwork from private collections at Lithuania’s embassy in London. Litvak artists, also known as the Ecole de Paris, like Emmanuel Mane-Katz, Max Band, Pinchus Kremenge, and Theo Tobiasse will be on view. [Reuters]

Sotheby’s will sell the most important private collection of Tiffany’s lamps in over ten years at its December 17 sale “Tiffany: Dreaming in Glass in New York.” The set of seven lamps will be the sale’s highlight, and features some of the most notable Tiffany’s designs, including two Wisteria lamps estimated at $1 million each. [Art Daily] 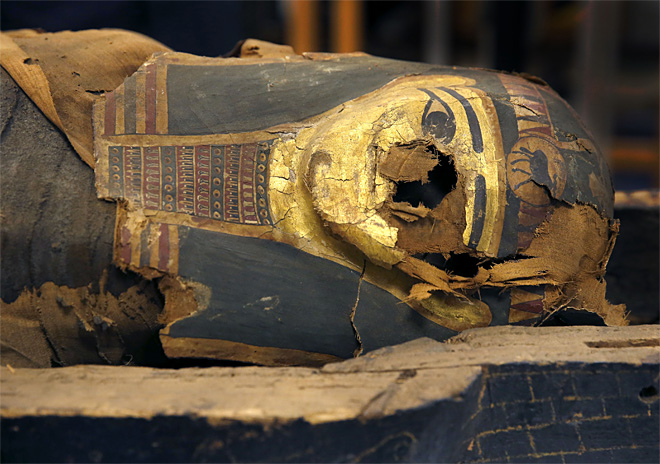