Klaus Biesenbach’s hobby of hanging out with the glamorous and famous is no secret—he documents it himself on Instagram, sometimes multiple times a day. So when the MoMA PS1 director decided to have a little soirée at his Lower East Side pied-à-terre, some distinguished guests arrived (Lady Gaga, Courtney Love, Marina Abramovic, James Franco) and promptly documented the whole affair on social media. And that’s what Christmas is all about, isn’t it? [Page Six]

Roberta Smith thinks “Local History: Castellani, Judd, Stella” at Dominique Lévy Simple is “exceptionally beautiful.” “Simple repetition is the prevailing compositional tactic in this show, which is almost a conversation about its possibilities. Mr. Castellani’s nail obsession speaks to the drilled holes of Mr. Judd’s aluminum relief across the way. Even more striking is the shared use of overlapping elements in Mr. Stella’s “BAFT” and Mr. Castellani’s 1969 “Spartito” (“Score”), made by simply arranging a stack of hundreds of partly overlapping sheets of paper until they formed a pronounced bell curve in real space. There are others to be found, if you look locally enough.” [NYT]

Ever wake up in the morning wondering, “Man, I wonder what art Tory Burch would buy if she could buy any art?” Well, we now have the answer, courtesy a New York magazine query of D-list celebs regarding what artists they would care to own if money were no object. Only about half of them can manage to name an artist at all, but Ms. Burch was an art history major, so she delivers this impassioned speech: “I just think Matisse’s pieces are the most beautiful things I have ever seen. I love his color, I love the way he paints.” [NYM]

The winner of the Kandinsky Prize thinks it’s totally chill that Russia invaded Crimea, and might be in trouble for thinking that. [The Art Newspaper]

Haven’t bought any Christmas presents for your grandmother? And she just happens to love art-making doohickeys and little weird prints? Here’s an extremely extensive art gift guide, with selections culled from the likes of Artsy, Etsy, Artspace, all that good stuff. [WSJ]

And here’s Jonathan Jones attempting to explain in a few hundred words how “abstract art unlocks the truth about the universe.” [The Guardian] 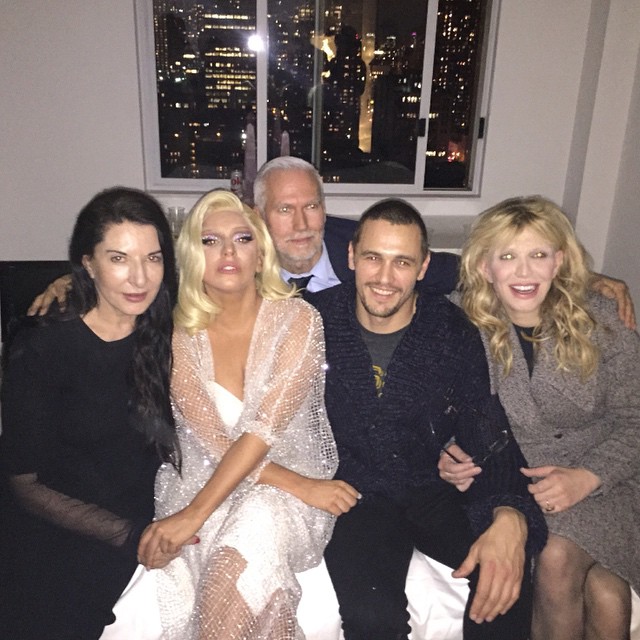