London’s National Gallery has appointed its first-ever female chair. Hannah Rothschild, a writer and documentary filmmaker, has been a member of the museum’s board since 2009. She will replace current chair Mark Getty. [The Art Newspaper]

Some disturbing—but not all together surprising—numbers have surfaced from this year’s Art Basel Miami Beach thanks to artist Micol Hebron. While in Miami she put together a tally of the gender representation at booths in the main fair, a project she has done in previous years, and spoke with dealers and fair organizers. This year she was able get data for 31 of ABMB’s 267 galleries. The results: dealers were upfront, but the gender balance remains, as ever, heavily in favor of male artists. Only two galleries showed a 50 percent or higher split between male and female artists, and one dealer even went so far to say, “I just curate what I like, and I like art by men better.” [Hyperallergic]

Jeff Koons may be getting slapped with a lawsuit. French advertisement designer Franck Davidovici has accused the artist of plagiarizing a 1985 ad he created for Naf Naf clothing. The ad features a woman on her back, surrounded by snow and a pig, and closely resembles Mr. Koons’ artwork Fait d’Hiver. They even share the same title. For the time being Mr. Davidovici’s lawyer has only said that “legal action” would be taken, but has not specified what kind. [artnet News]

The LAPD and the FBI have recovered nine paintings that were stolen in 2008 in one of the largest art heights in Los Angeles history. The artworks, which include Marc Chagall’s Les Payans and Diego Rivera’s Mexican Peasant, are valued at $10 million. Raul Espinoza has been arrested for attempting to sell the paintings for $700,000 cash, and three paintings from the original heist still remain missing. [L.A. Times]

French graffiti artist Space Invader’s Alias HK_58, a ceramic tile mosaic that depicts the 1970s cartoon character Hong Kong Phooey, will be sold at Sotheby’s Hong Kong next month and is estimated at HK$1 million. The work was completed in the Happy Valley section of Hong Kong, and is one of 75 the artist made in the city during his “artistic invasion.” City officials removed it between February and March of last year, inciting outrage from the public over the white washing of public art while spending billions in the West Kowloon Cultural District. [South China Morning Post]

Here’s a first look at Devo co-founder Mark Mothersbaugh’s new monograph, edited by Museum of Contemporary Art director Adam Lerner. The book is being produced for the artist’s first career retrospective, currently on view at the MCA Denver, and traveling on to eight other institutions including the Santa Monica Museum of Art. [Boing Boing] 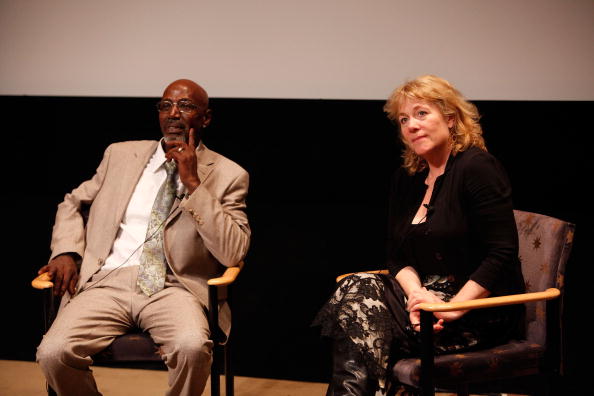