’Tis the time of year for listicles, and the art world just can’t get enough of “Power Lists.” To buck the trend, Hyperallergic has pulled together a list of “The 20 Most Powerless People in the Art World.” The list looks at the underrepresented, and less rich and powerful folk keep the well-oiled machine that is the art world turning. Some who made the cut: Unpaid interns, performance artists, artists fighting against gentrification, art critics, Oscar Murrillo’s collectors, mid-level gallerists, and so many more. [Hyperallergic]

Online auctioneer eBay has created an eye-opening map that reveals, state-by-state, the artists Americans search for most in its database. The results? There were some surprises: Andy Warhol isn’t as popular as one might think outside of his home state of Pennsylvania. British street artist Banksy ranks number one among New Yorkers. The painter of light, Thomas Kinkade, is a favorite across the South in Alabama, Tennessee, and West Virginia. And female Italian baroque painter Artemisia Gentileschi is the most searched artist in Minnesota and Michigan. Weirdly there was no info for Oklahoma or Mississippi. [Guardian]

Critic Jerry Saltz and artist Loren Munk have teamed up to create an infographic that shows where famous artists once lived in New York; little blue arrows with painter’s palette’s hover over an interactive map of the city. Looks like Sol LeWitt used to live just off Sara D. Roosevelt Park on the Lower East Side, not far from Eva Hesse’s old digs on the Bowery. But without many addresses, or historical blurbs that mention the years of occupancy, it’s tough to get a sense of when and where any of the artists may have been neighbors. [Vulture]

Have you ever wondered if Andy Warhol were to leave Santa cookies what they might look like? The folks over at artnet News attempt to answer that question for Warhol and famous artists using the power of Google image search. Turns out there are some talented bakers in the world who have made a lot of artist-inspired goods. Feast your eyes on this list. [artnet News]

Developer and prominent art collector Jordan Schnitzer wants to turn Portland’s abandoned Centennial Mills buildings (an industrial complex along the Willamette River) into a revitalized center for commerce and residential living. With the aid of designs by architect Frank Gehry and artist Maya Lin, he’s willing to sink some big bucks into the site to preserve its two largest buildings, and flush out 224,000-square-feet of new residential, retail, and office space. The project’s estimated price tag is $115 million. [CityLab]

Sculptor Anish Kapoor will be the next artist to have a solo show at the Château de Versailles, set to run from June through October in 2015. He will join pervious exhibitors such as Lee Ufan, Joana Vasconcelos, Takashi Murakami, Jeff Koons, and more. [New York Times] 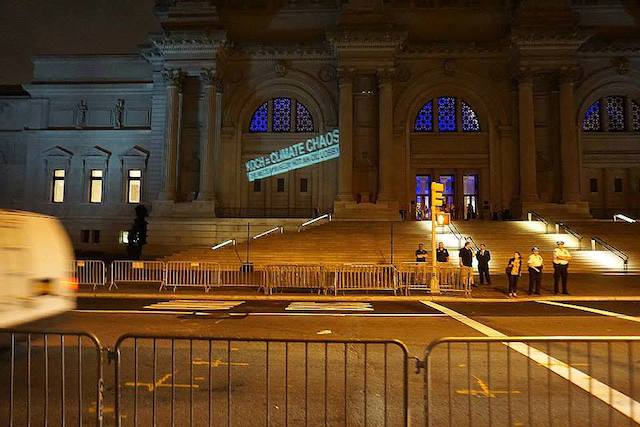