Staten Island Assemblyman Michael Cusick today said that he would not “shut the door” on the possibility of running for Congressman Michael Grimm’s seat, should legal problems force Mr. Grimm from office and trigger a special election.

Mr. Cusick, a Democrat, denied as recently as October having any desire to run for the seat representing his home borough and parts of Brooklyn in a potential special election. Mr. Grimm, a Republican, has pleaded not guilty and is set to go to trial in February of next year for 20 federal charges of tax fraud and hiring and under-paying illegal immigrants at a restaurant he co-owned prior to his 2010 election.

Mr. Cusick struck a note different from his previous demurral when talking to the Observer today.

“If, you know, something comes up, I won’t shut the door on anything,” he said, adding that he is primarily focused on his current position.

Asked if he believed he would make a good representative in the House, Mr. Cusick side-stepped the question.

“You’ll have to ask constituents about that. I’m a very modest man,” he said.

Democrats in the past have sought to recruit the assemblyman to seek the swing seat, noting both Mr. Cusick’s popularity in his politically mixed district and his closeness to United States Senator Charles Schumer, a major fund-raiser for the party in New York and nationwide. Mr. Cusick served as Mr. Schumer’s Director of Constituent Services prior to winning his seat in the Assembly in 2002.

On the Republican side, New York State Republican Party Chairman Ed Cox has talked up Mr. Cusick’s colleague, Assemblywoman Nicole Malliotakis, as a potential successor to Mr. Grimm. Staten Island GOP insiders—who will ultimately decide who their candidate will be—are reportedly seeking to recruit Staten Island District Attorney Daniel Donovan, who is at the center of a national controversy over his handling of the Eric Garner case.

While a conviction at trial would not force Mr. Grimm to leave office, he has said he would resign if he is unable to serve. 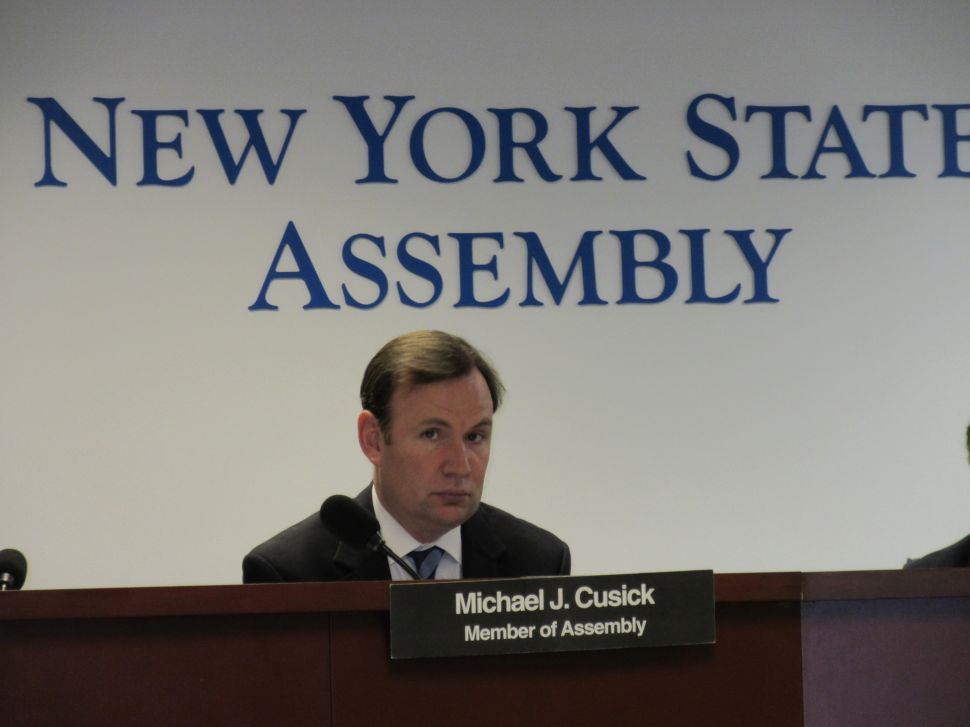