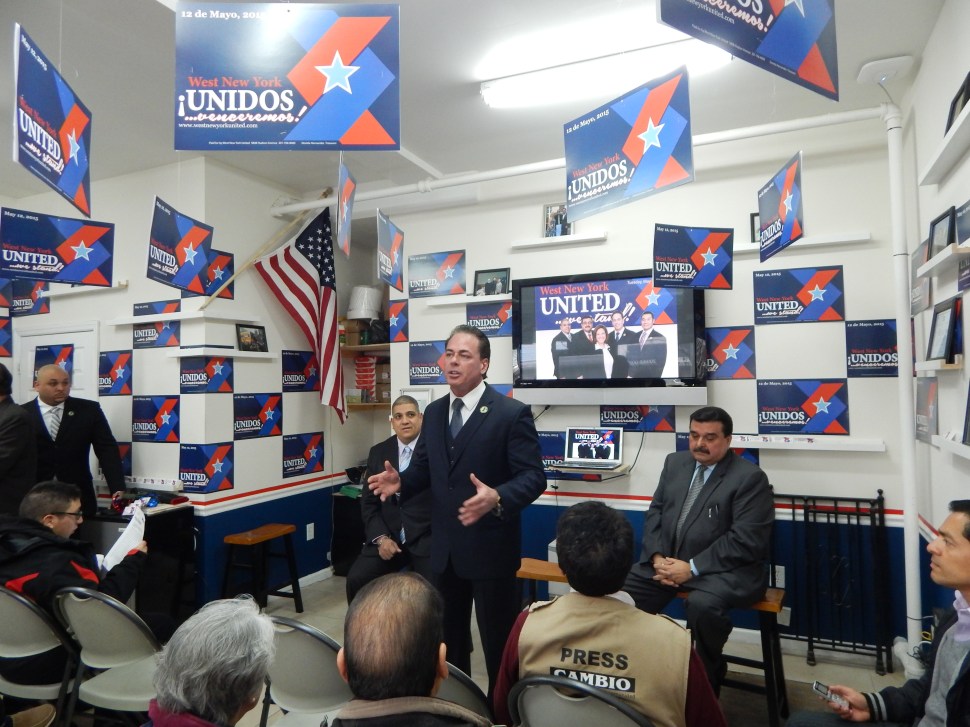 WEST NEW YORK — The hole-in-the-wall campaign office off Hudson Ave. where mayoral hopeful Count Wiley and his slate of West New York candidates officially launched their bid today was rife with anti-establishment sentiment, the signage carrying the “United” party name that dangled from the ceiling and papered the walls an indication, if nothing else, of the strength of the ticket’s union in its central mission: to unseat the city’s current mayor, Felix Roque.

Flanked by commissioner candidates Carlo Betancourt and Hector Hernandez and addressing a small gathering of local residents and staff, Wiley tore into that mayor’s leadership.

“Each one of us had the same goal, which was to remove this present mayor here in West New York,” Wiley, a 44-year-old city commissioner, said of Roque, whose own tenure at the helm of the 50,000 person city has proved to be one of the most tumultuous of recent Hudson County history. “We have suffered here for the last three and a half years with this mayor, we’ve been embarrassed by this mayor here in this community, by his actions, by his reckless behavior, his decision-making as far as the people he brought around him.”

Roque’s controversial mayorship has been well-documented, a headline-grabbing whirlwind of indictments and allegations of corruption that had the by-trade-pain-doctor nearly thrown in jail in 2012 after he and his son, Jose Roque, were caught scheming to hack into an e-mail account and website associated with a movement to recall the mayor.

But one of the biggest surprises coming out of Hudson County politics this year might actually be Roque’s comeback, aided with support in his re-election bid by the county’s Democratic establishment, the Hudson County Democratic Organization, earlier this year.

Wiley’s own relationship with Roque began as an alliance when the two ran side-by-side on the same ticket two years ago, but has since been complicated by Roque’s open embrace of the “establishment” via the HDCO, as Wiley said, as well as the corruption that has gone on under Roque’s his watch.

That includes his association with Victor Coca, a local developer and founding member for the West New York Future Vision Super PAC, who was recently himself indicted for attempting to bribe a town fire official.

“This mayor has done nothing but brought a cancer into West New York, leeches that are going to continue to deteriorate this town,” he said. “And I don’t want to continue that anymore.”

Wiley said United’s ticket includes “only the best people around,” and slammed the city’s current commissioners for being beholden to “politics” and “personal agendas.”

“The difference with me is I want strong people next to me,” he said. “I don’t want weak people, I don’t want people indecisive in their decision-making, I want them solely to have that heart, that goal, to serve these people and give them the better quality of life that they deserve here in West New York,” he said. “That’s what this ticket is about.”

Betancourt, a former West New York police officer who was considering his own run for the mayor’s seat earlier this year, said joining Wiley’s ticket could solidify an attack against Roque and improve the slate’s chances at unseating him.

“This is very simplistic. All of the candidates and I have acquiesced to the fact that we need to go forward, with something very new, something very different. In this town anyway, it’s called good government,” he said. “This is an anomaly in this town. We haven’t had it in many years.”

Betancourt also blasted Roque and his connections to people like Coca, who he said he is currently investigating — a “total and complete across the board audit to ascertain those people who have acted in the way of a criminal manner,” he said — for dubious real estate investments and his work with the Future Vision PAC.

“Those who we have found have broken the law will pay the consequences for it,” he added.

Hernandez expressed a similar sentiment, lauding the team as a “ticket that I believe will bring this town back to where it belongs. Our community has seen the good, has seen the bad, and has definitely seen ugliness, right now at this moment.”

“It is at the lowest point  I have ever seen,” he added. “It’s an embarrassment.”

Not present at the kickoff today was Myrli Sanchez and Thomas Leung, who are also on the ticket as commissioner candidates. Sanchez’s husband spoke on her behalf. 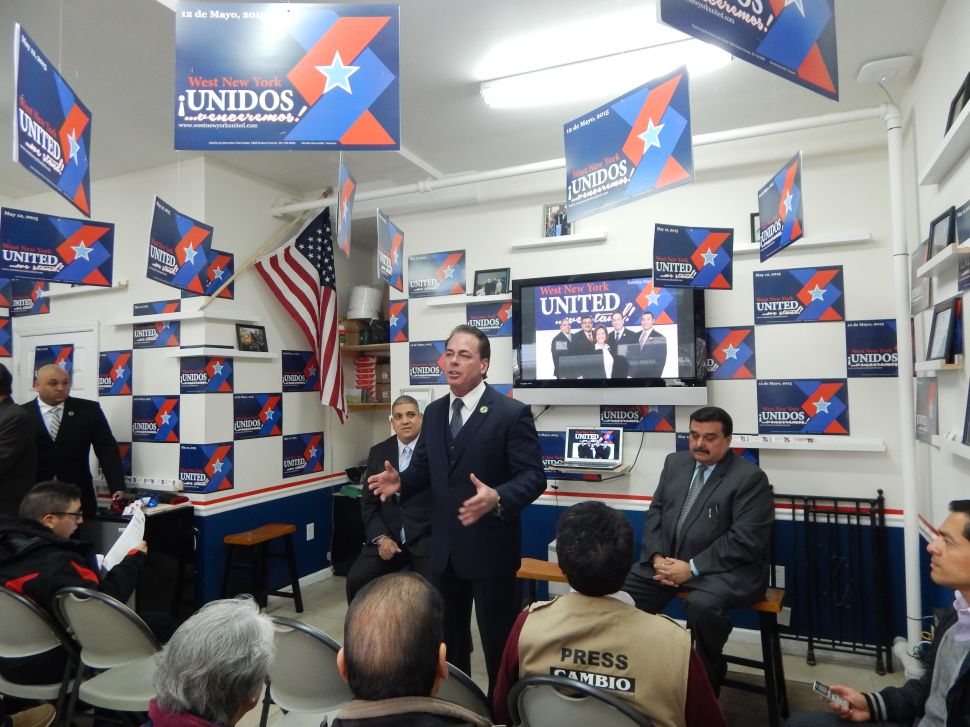