Mayor Bill de Blasio today ripped what he described as divisive press coverage of protests against police in recent weeks—saying the vast majority of protesters had not said negative things about the police.

The angry response came as Mr. de Blasio was asked about oft-recited chants at marches and rallies that compare the NYPD to the KKK—and whether he’d allow his own children to recite them.

“No, of course not… Now the question is, what are you guys going to do? What are you guys going to do? Are you going to keep dividing us? I’m not talking about every single one of you, but let’s get real,” Mr. de Blasio asked the reporter. “Just in that question – 25,000 people marched down one of our streets a few days back, absolutely peaceful, no chants like that, peacefully calling for what they believed in as American citizens, and the NYPD protected them.”

But some elected officials and the heads of the city’s police unions have blamed rhetoric heard at those protests—and the mayor for allowing them to occur—for the brutal assassination of police officers Wenjian Liu and Rafael Ramos by Ismaaiyl Brinsley, who had posted online he wanted revenge for the police-related deaths of unarmed black men.

Mr. de Blasio today put blame for a divisive atmosphere on the media, which he said picks out examples that do not reflect the majority of peaceful protesters.

“What you manage to do is pull up the few who do not represent the majority, who are saying unacceptable things, who shouldn’t be saying those things, and they—some who actually physically attack police officers, which I’ve said is absolutely unacceptable,” Mr. de Blasio said. “Everyone must participate in finding those individuals, providing information to the police, intervening to stop them, alerting the police. I will keep saying this over and over. The question is will you tell the world about it? Because you all are part of this too.”

While Mr. de Blasio has avoiding linking the protests to Brinsley, Police Commissioner Bill Bratton said this morning it seemed that the killing was a “direct spinoff” from the demonstrations that have gripped the streets. Today, Chief Robert Boyce said police had found video of a December 1 protest for police reform in Union Square Park on Brinsley’s phone, along with other anti-government messages. 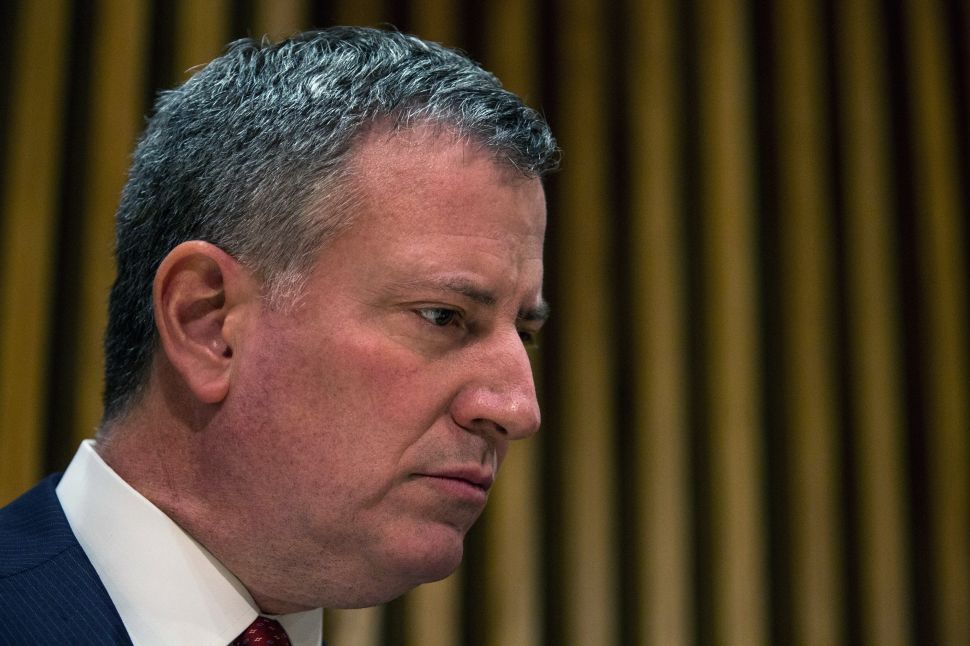