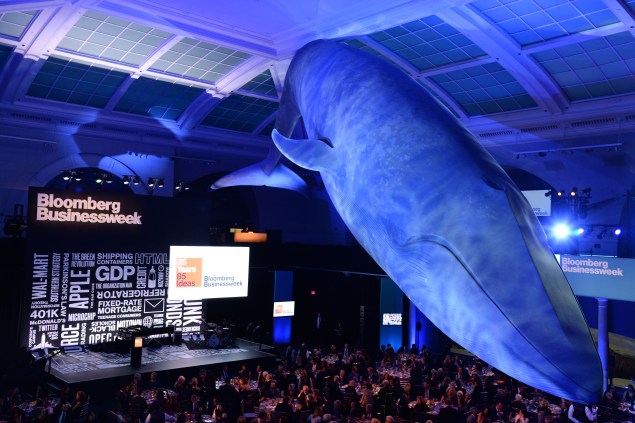 Last night, George Lucas, Henry Kissinger and Harvey Weinstein could all be found a cocktail olive’s throw away from Michael Bloomberg, our former mayor, to toast the 85th Anniversary of Bloomberg Businessweek at the American Museum of Natural History. The Bloomberg conglomerate was also celebrating another anniversary: it’s been five years since it acquired the business magazine from McGraw Hill. Since that time, editor Josh Tyrangiel has turned the magazine into a buzzier read, punching up the title with creative design and bold covers. 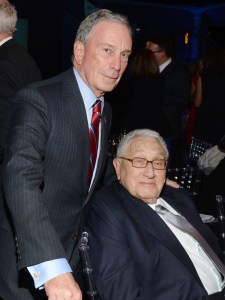 The event was hosted, in the museum’s Hall of Ocean Life under the blue whale, by comedian Seth Meyers who opened by saying, “I think tonight has a chance to be one of the best 85th anniversary parties mainly because I haven’t ever been to an 85th anniversary party before.”

“Very few magazines make it to their 85th birthday,” Mr. Bloomberg added. “The magazine celebrates the innovators and the makers that make this world better.”

Buisnessweek’s current issue is dedicated to the most disruptive ideas of the past 85 years. The list, ranked in ascending order and bookended by the Jet Engine (No. 1) and GDP (No. 85), features a range of ideas and innovations that have not just changed the way we live, but influenced in an enduring way how business is conducted around the world. Some of the contributors included Christopher Buckley, Dick Cheney, Donald Rumsfeld and Arthur Laffer.

Behind the speakers was a word cloud of these “disruptive” ideas; a DaDa-ist backdrop of terminology like GDP, HTML, Fixed-Rate Mortgages, Teenage Consumers, McDonald’s, Singapore and the concept of “Credit.” (Which … seems like it’s definitely been around for more than 85 years.)

Mr. Meyers made reference to the somewhat jarring label of “disrupter” being placed on a group like Al-Qaeda. “Feels like maybe we should be using a stronger word,” he noted archly.

Other guests had fun with the wide assortment of entries that made the cut. “Have to say I deeply respect the fact that they put kitty litter on this list,” Mr. Farrow told the Observer. “Challenging ideas there, Bloomberg Businessweek! But seriously it’s a great set of ideas from one of the great publications. Even the kitty litter example illustrates that—they’re capturing grand ideas but also small unexpected ones that really did prove to be game changers.”

As Mr. Tyrangiel wrote in his editor’s letter: “Comparing the importance of television to the impact of the Laffer Curve or Google to the AK-47 isn’t meant to yield scientific results. It’s meant to start some interesting arguments and remind us how dramatically business can change society.” 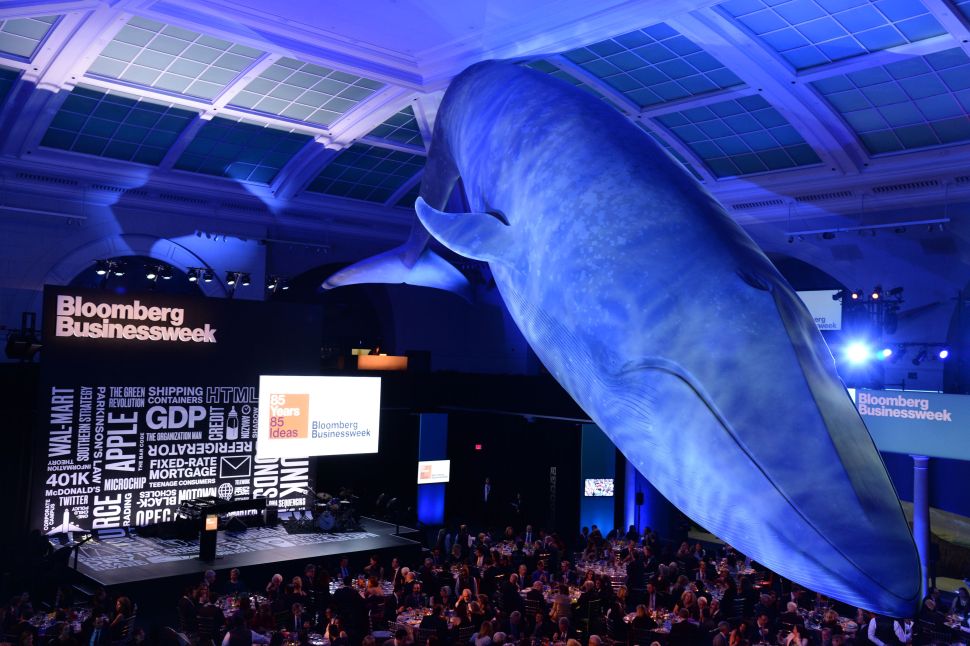