Art dealer Helly Nahmad has gotten out of jail, well, if not free, at least unexpectedly early.

Mr. Nahmad, 36, has been released from federal prison five months into the one-year-and-one-day sentence he received for operating an illegal gambling business from his Trump Tower home.

The art dealer, scion of the billionaire Nahmad family of Monaco, has been transferred to a halfway house in the Bronx after being incarcerated at the Federal Correctional Facility in Otisville, N.Y., since June, his lawyer confirmed today.

As a member of the leading family of art dealers in the world, with operations in four countries, Nahmad’s incarceration was a topic of much discussion at the huge Art Basel Miami Beach art fair which ended yesterday, where a calm and smiling father, David Nahmad helmed the Helly Nahmad gallery booth in the absence of his son.

Filled with Pablo Picassos, Jean Dubuffets and a huge $35 million Alexander Calder mobile, the large booth was a magnet stop for buyers at the fair, including Leonardo DiCaprio, a friend of Helly’s.

The clearly ebullient senior Mr. Nahmad, whose business is one of the largest owners of Picassos and Monets in the world, hugged and greeted many visitors. His son was apparently transferred out of prison sometime in November.

Now, Helly Nahmad has presumably returned to the art business: Benjamin Brafman, Nahmad’s attorney, said the younger Mr. Nahmad is regularly being allowed to leave the Residential Reentry Management facility in the Bronx for work.

The relocation is “consistent with standard Bureau of Prisons policy for someone who served his sentence of confinement without incident,” Mr. Brafman said in an email.

The transfer out of prison is likely to shock many in the art world, as lawyers for the sometimes hard-partying playboy had argued passionately and without success for him to be given community service — charity and teaching an school art program, they proposed — instead of jail time.

In November 2013, Nahmad had pleaded guilty to one count of operating an illegal gambling business, running a high-stakes poker game in his Trump Tower home, and was sentenced to 366 days.

(Prosecutor Manhattan U.S. Attorney Preet Bharara grabbed headlines, and the front page of The New York Times, with charges of racketeering, money laundering and fraud against Nahmad, but those were dropped. Vadim Trincher, who ran an international sports book for Russian gamblers and played in the poker game, was sentenced to five years.)

According to court papers, sales at the New York branch of the Nahmad gallery, located in the Upper East Side’s Carlyle Hotel (where William and Kate, the Duke and Duchess of Cambridge are currently staying on their visit to New York), dropped sharply after the indictment.

Mr. Nahmad, senior, was seen at the big fall-art auctions bidding for, and winning, several artworks including a $36-million Mark Rothko at Sotheby’s. 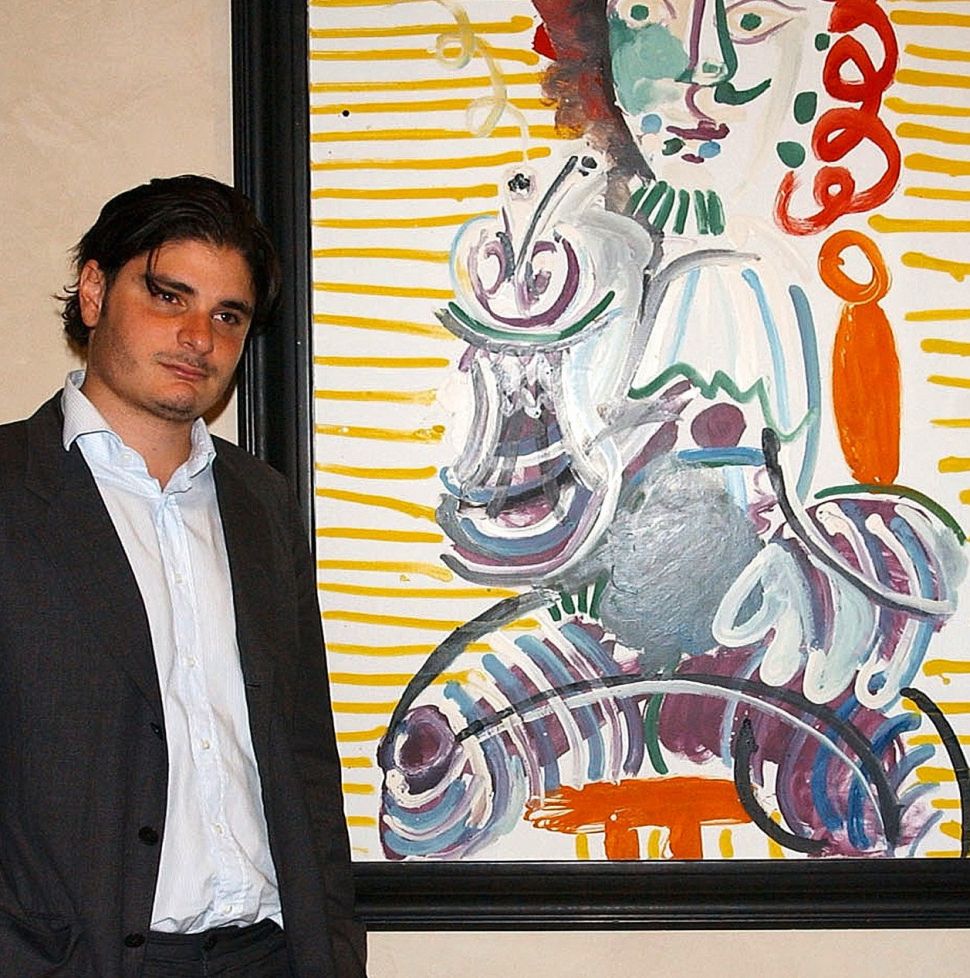