Sean Combs told us he was delighted to meet us.

We will get to the news of the official opening press conference of Art Basel Miami Beach 2014 in a moment, but did we mention that Sean Combs told us he was delighted to meet us?

Yes, by the Champagne Ruinart cart. He did.

At the press conference, held right before First Choice choice VIPs stream through the doors to buy buy buy, several things were announced:

A new Miami Institute of Contemporary Art, the Mayor of Miami Beach, Philip Levine said, will open in the Design District.

The longtime home of the fair, the convention center in South Beach, will be gut renovated next year at a cost of $500 million, adding among other amenities, more parking and an 80,000 square-foot ballroom.

Marc Spiegler, director of the fair, noted that every single gallery in it last year reapplied. New galleries this year include lucky New York LESider gallery owner Simone Subal who’s showing the late Austrian painter and sculptor Kiki Kogelnik through December 19 in  “Cuts, Fissures and Identity: Works from the 1960s and 1970s.” 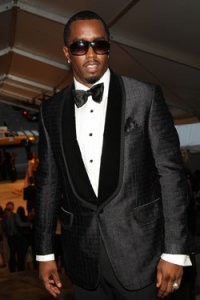