While the Internet could be the great equalizer, sites like Twitter and Facebook create quantifiable measurements that show us just how aloof white America remains from ethnic diversity as we approach the end of 2014.

The response to the shooting of Michael Brown in Ferguson, Missouri is the most recent example that our society hasn’t advanced as much as some of us would like to believe. Coverage of the shooting and police response to the subsequent protests dominated the social media feeds of minority users and even generated the hashtag, #IfIWereGunnedDown, which criticizes how the photos used by mainstream to depict black crime victims. On the other end of the spectrum, many white social media users could not understand the anger behind the protests and the distrust of the police.

Twitter currently boast more than 40 million users in the United States. Of those, 51 percent are white, 24 percent are African American, 17 percent are Hispanic, and 3 percent are Asian, according to Edison Research. The relatively diverse population should make it easier for a range of voices and opinions to be heard. However, we continue to be divided not only by race but also by class, gender, geography, and social experience.

“As long as you have structural inequalities in society, you cannot expect to have anything less than that on the Internet,” say Peter Chow-White, an assistant communications professor at Simon Fraser University and co-author of Race After the Internet “The Internet is not a separate space from the world, it’s intricately connected to everyday life and social institutions.”

Our tendency to “self-segregate” further compounds the problem. Who we follow or “friend” people on social networking sites largely mirrors our other relationships. We tend to seek out and associate with people who are similar to us, whether it is geographically, racially or economically.

As highlighted by PRRI’s 2013 American Values Survey, the result is that many of our social circles lack diversity. The survey asked respondents to identify as many as seven people with whom they had discussed important matters in the past six months. The results revealed that 75 percent of whites have “entirely white social networks without any minority presence.” The reverse was true for nearly two-thirds of Black Americans.

As highlighted in an insightful editorial by a University of Wisconsin student, “Who an individual follows on social media may be a clear indicator of how willing or able an individual is to leave their racial comfort zone and therefore how integrated they are in their surroundings. The result of all this ‘online segregation’ is a Twitter community that does not resemble a community but instead echoes a pre-civil rights movement U.S.”

The bottom line is that we are failing to use social media to its full potential. While it could be a means to broaden the discussion and challenge stereotypes, it turns out we are still talking to the same old people. 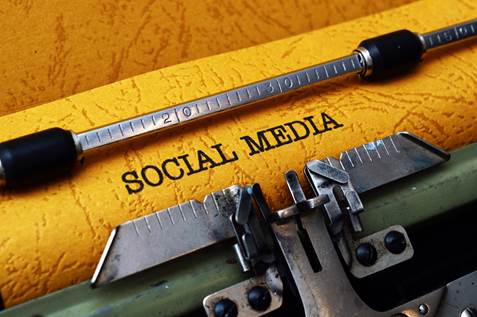