These past few years, West Chelsea has arguably become the city’s most desirable neighborhood—”Downtown” without actually being too far Downtown, upscale without being too stuffy or snobbish, increasingly family-friendly without being too obnoxious about it. Condos there now routinely fetch sums in the $10 and $20 millions. In other words, the neighborhood has morphed into a residential goldmine, a state of affairs largely ushered in by the 2005 West Chelsea rezoning and the 2009 opening of the High Line.

So it’s only fair, Community Board 4 believes, that developers should allocate a small portion of their spoils to paying building workers decent wages. And it intends to press them to do so—asking all developers who wish to build in the area to commit to a living wage and benefits packages for residential workers. The board plans to discuss the matter at its meeting at Roosevelt Hospital tonight.

“Those projects would not exist unless we unleashed the value of the land. If you are in a condo or a rental, you should pay living wage and benefits,” Joe Restuccia, the chair of the community board’s housing committee, told the Observer. “If you can afford to buy an $8 million condo and pay thousands of dollars a month in maintenance charges, you shouldn’t even be asking, ‘should workers have benefits?’ I mean, come on.”

Mr. Restuccia said that most of the major developers who first built along the High Line agreed to provide good wages and benefits, but that in recent years, some mega-developers, notably Avalon Bay, and a number of smaller developers, have refused to meet the same standards.

The doorman and building worker’s union, 32BJ, has launched a complementary campaign to shame pricey buildings, along the High Line and elsewhere, into paying union-level wages and benefits, but Mr. Restuccia stressed that the community board didn’t believe that treating workers fairly had to be a union issue.

“It doesn’t have to be union, but it has to be appropriate. Why should people at the lowest end of the wage scale be serving people at the highest end without receiving good pay or benefits?” Mr. Restuccia said.

The move is part of the community board’s code of conduct, a kind of blueprint that sets out standards and expectations for developers and businesses who want to build or operate along the High Line. Tonight, the board plans to finalize the code of conduct and work on the language of letters it intends to send to developers. Two approaches have been planned, one targeted at Avalon Bay, whose Ava High Line rental development launched leasing this spring with an embarrassing “live eclectic” campaign aimed at yuppie millennials and would-be hipsters with six-figure salaries. The board also intends to appeal to several smaller developers, which have a “wide disparity in how they treat their workers,” according to Mr. Restuccia.

He said that actual letters probably won’t be sent out until January, as “the issue is so large we have to figure out how to approach this, making sure the letters are in the right spirit.”

And while the board does not have any power to make such practices compulsory, Mr. Restuccia noted that the community board and the city work together to set broad development policies and that it will be less inclined to accommodate private interests in the future who refuse to comply with the code. 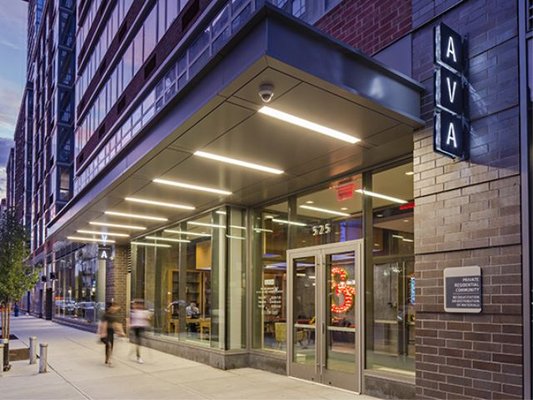