Walk down Fifth Avenue or scroll through your Facebook feed this week, and you’ll no doubt see the thousands of people–newcomers and locals alike–who visit Rockefeller Center each December to see its famous Christmas tree. Since the building opened its doors in 1933, the tree has, in the words of Keith Douglas, managing director of the building, become “that quintessential New York experience that you really can’t capture anywhere else.”

The first tree, however, had more humble origins. Erected by construction workers in 1931, the tree was put up in celebration of having employment during the great depression. “They were so thankful that they actually collected their paychecks under the Christmas tree that first year,” according to Mr. Douglas. The project employed 40,000 people that year.

These days, the decoration of the modern tree with colored lights and a simple star is a tribute to the original. They pick a Norway spruce each year to honor the construction workers.

The arduous process of tree selection begins in the winter months, just after the Christmas, when the Rockefeller’s head gardener makes numerous trips in and throughout Pennsylvania, Connecticut and New Jersey. “He drives around basically hunting for the tree,”  said Mr. Douglas. In addition, there’s a “tree database” of about 200 trees that the team keeps an eye on. The ideal tree is between seventy and ninety-five feet tall, and forty-five feet in diameter. After narrowing down the selection, a team of Tishman Speyer employees take a trip to each of the trees, and votes on which they think is the best.

Once the tree finally arrives in November, it takes three weeks to decorate, since each bulb gets individually wrapped around each branch.

“We talk about Christmas at Rockefeller Center all year long,” according to Mr. Douglas.

But while the first televised tree lighting was in 1951, on a few occasions, the tree hasn’t always been so recognizable. In 1936, there were two trees, both seventy-feet tall, and the lighting included a skating pageant in honor of the rink’s opening. In 1942, to honor the soldiers fighting in world war two, there were three, each cloaked in red, white, and blue.

Moreover, the tree has its own traditions, which have been around for decades. Each year, on the second Sunday of

December, a congregation of 200 tuba players take over the plaza to play Christmas carols for patrons that day. There’s also the numerous proposals which occur under the tree’s branches each year, something Mr. Douglas attributes to how iconic the location is.

“I have to say, even the most sophisticated New Yorkers really, really all want at least a little glimpse of the Christmas Tree during the holiday season,” said Mr. Douglas. “So if its just in the taxi going down Fifth Avenue, they all take a quick picture, then they all post it.”

The tree’s latest tradition is evidently the selfie. 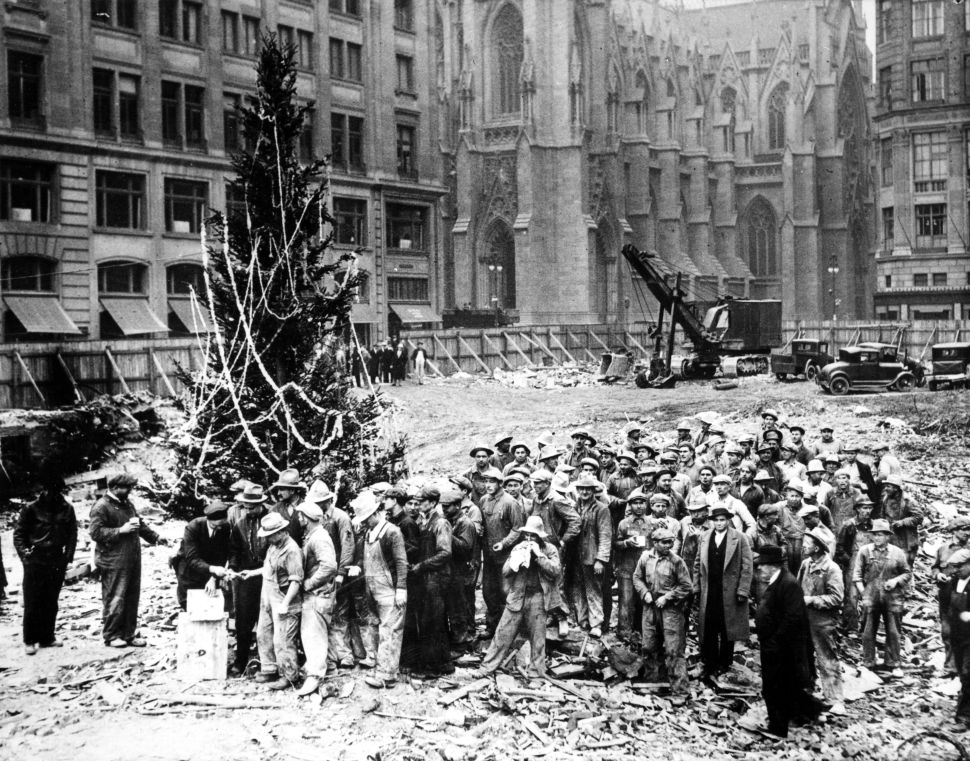