The Social Security Administration released an emergency message this month that clarifies a certain ambiguity of the Victims of Nazi Persecution Act of 1994. The act states that reparations given to Holocaust survivors should be disregarded in determining eligibility for needs-based federal programs.

But it doesn’t mention whether exemptions should apply to those who have inherited the reparation payments, which the message clears up: They should.

The lawyers behind the message, Michael and Barbara Lissner, a married couple—and the children of Holocaust survivors—have worked for 20 years to alter the vagueness of the 1994 act.

“It really changed the focus from the survivors and whether they were entitled to an exemption,” Ms. Lissner said of the message, “to the fact that it was the money that was exempt.”

The issue recently came to a head when a New York-based client of the Lissners—who they declined to name—inherited $35,000 from his mother’s restitution trust. As a result, the government terminated his monthly supplemental security income payment of $264. The Lissners fought the termination in court, and the SSA reinstated the client’s supplemental income. But the decision was reversed soon after the reinstatement.

Then, “through an amazing, fortunate, chain of events,” Mr. Lissner recalled, he met Aviva Sufian, the ‎special envoy for U.S. Holocaust survivor services, at a fundraising event in May. Mr. Lissner told her their predicament—”bombared her with info,” as he put it—and Ms. Sufian said she would try to connect him with somebody at the SSA.

Mr. Lissner wrote to Carolyn Colvin, the acting commissioner of the SSA; Ms. Colvin thanked him for the information in a letter and said they would rethink their policy as it related to the 1994 act. Not soon after, the emergency ruling came out.

“Between Aviva Sufian and the Acting Commissioner and the Obama administration, I gotta tell you, it was amazing how they got it,” Mr. Lissner said. “We spent two thirds of our professional careers on this, and most people, they don’t get it, but these people, they got it right away.”

He added, “It’s a great Hanukkah message to send out.” 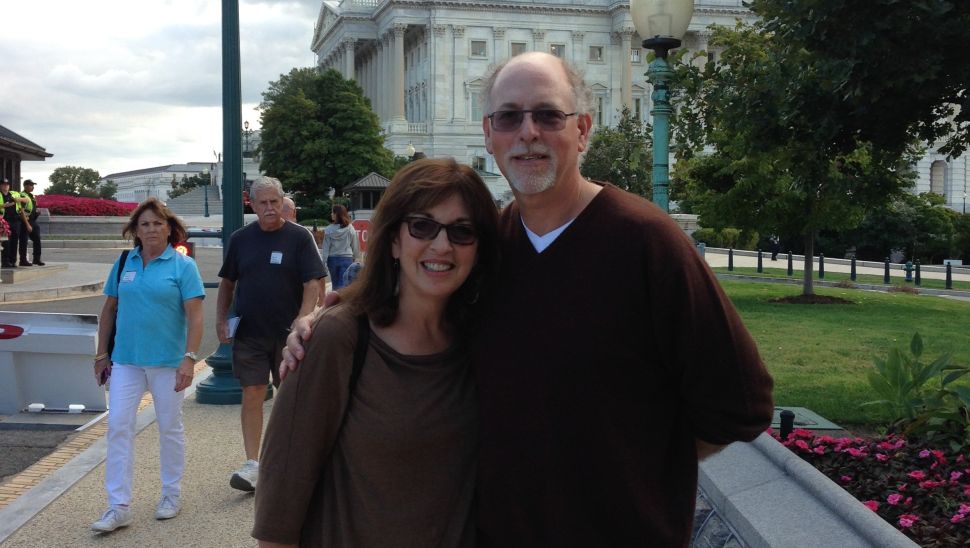