Can an art fair be summed up in a T-shirt? At NADA Miami Beach, the annual cluster of booths by smaller galleries organized by the New Art Dealers Alliance, we saw a female dealer wearing a very distinctive shirt from cult Australian line Nevermind Store that proclaimed “JE FUCKING T’AIME.” Just exactly who did the dealer fucking t’aime? Well, collectors, probably.

NADA tends to be located in gentrifying parts of the cities where it’s hosted, which makes its out-of-the-way spot in Miami—the Deauville Beach Resort, on 67th and Collins, basically the North Pole—somewhat easier to swallow. And it certainly didn’t stop droves of kids in cutoffs and T-shirts from joining the slightly dressier collectors.

And as they walked in, there was a Jonah Freeman/Justin Lowe rice sculpture at Marlborough Chelsea, before, a few booths down, C L E A R I N G, which was showing work by Ryan Forrester, who won last year’s NADA prize. Works—acid-washed flower bursts on canvas—were going for $8,300, and they were almost all gone. A few steps away at Tomorrow Gallery, artist and Instagram provocateur Brad Troemel had up a few works from his LIVE/WORK series: ants in a gel ant farm, digging through the stuff, making tunnels.

“They’re definitely, like, blazing their own trail, man,” said an onlooker, face pressed nearly to the gel.

After nearly tripping over a couple of dog leashes, because there were so many adorable dogs that we would have loved to Instagram had we had the time, we went to the next room of booths, where it appeared that some one had scattered a ton of cigarette butts and wine bottles through the Karma Gallery booth.

“Dan hand-painted each one of them,” Mr. Dugan told us. “Each one’s like a little Dan Colen painting.”

“Dan made each of them through glass blowing,” Mr. Dugan said.

And here we were worrying Dan went off the wagon. 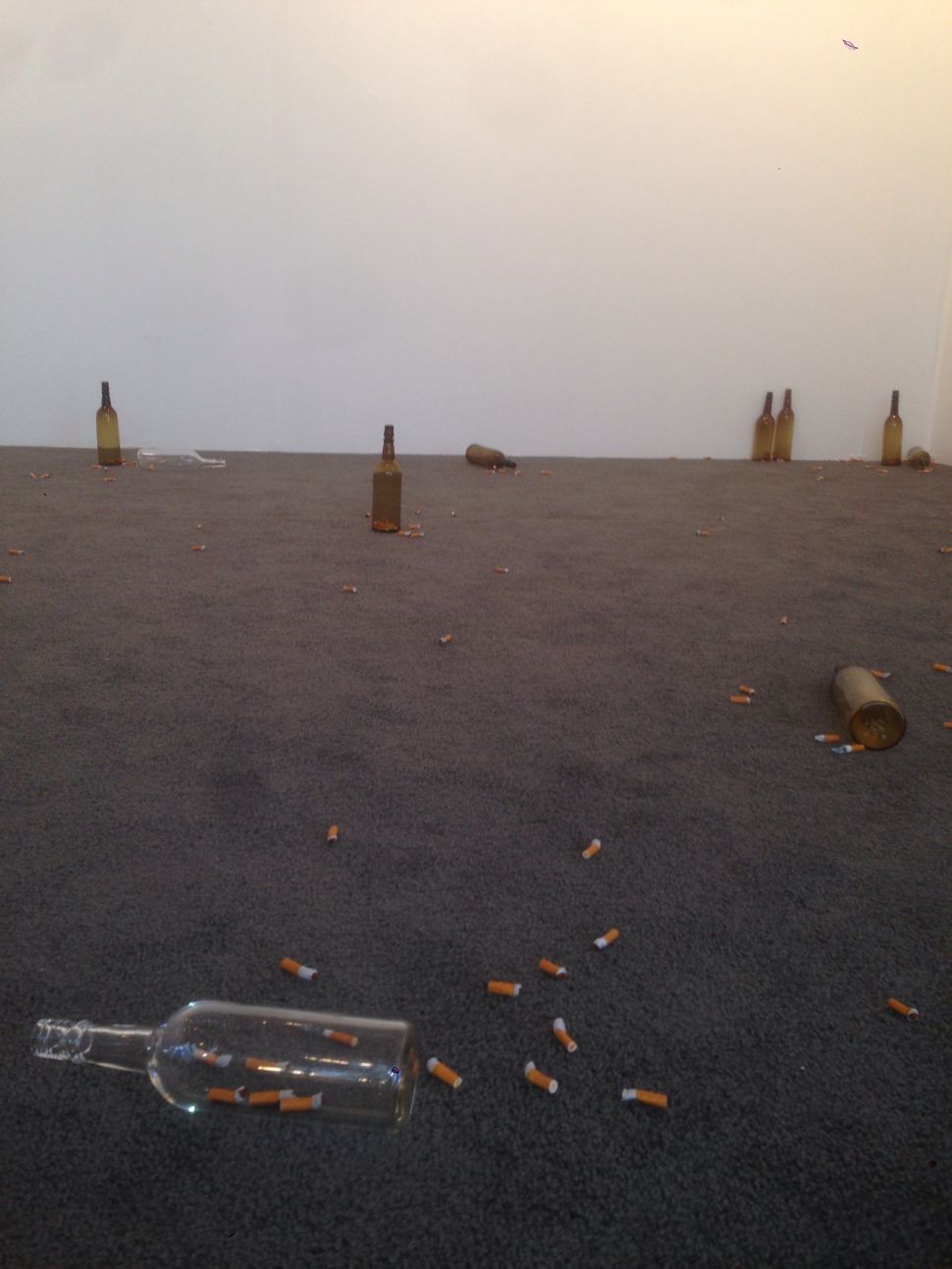