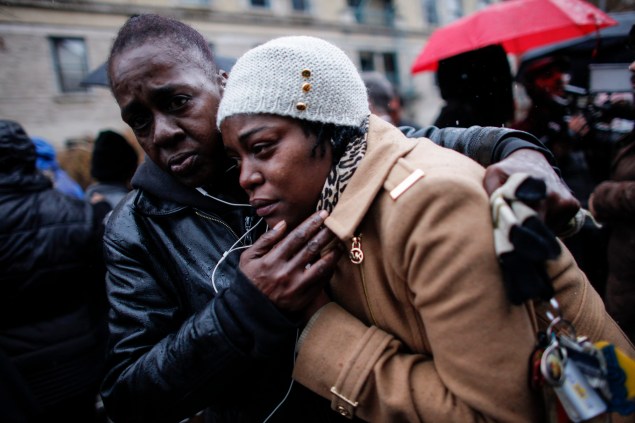 A City Council hearing examining the circumstances of Akai Gurley’s death laid much of the blame on the city, state and federal governments for not adequately funding the New York City Housing Authority, while also calling into the question the nature of NYPD patrols in public housing.

“I would submit to all of you that the willfull neglect of public housing–on the part of our political leaders–is as definitive a sign as any that black and brown lives are profoundly undervalued,” said Councilman Ritchie Torres, a Bronx lawmaker and chair of the Council’s pubic housing committee.

“If the city and state truly thinks black lives matter, then the political establishment should stop disinvesting from the safety of black and brown lives in public housing,” he added.

A police officer shot and killed Gurley, 28, in a dark public housing stairwell in East New York, Brooklyn last month. Gurley, who was black, was unarmed and Mayor Bill de Blasio called the shooting an accident.

The Democrats and liberal advocates today zeroed in on the backlog of NYCHA repairs and funding shortfalls that may have played a role in Gurley’s death.

Mr. Torres and his colleagues grilled Shola Olatoye, the NYCHA chair, and representatives from the housing authority and NYPD about the circumstances that led to Gurley’s death. While the lawmakers expressed frustration that the lights out in the stairwell of the Pink Houses, the development where Gurley died, were not repaired, Ms. Olatoye said a NYCHA caretaker found no lights out on the seventh or eighth floors on November 20, the day of the shooting. The next day, a senior NYCHA official concluded a light on the eighth floor, one floor above where Gurley was shot, was not working.

“There were no work orders for the lights,” Ms. Olatoye said. She said there were work orders for two other lights in the building: one from November 14 and one from October 22. After the Gurley shooting, 143 lights were replaced in the Pink Houses, mostly “bulb replacements,” NYCHA officials said.

The light that was out in the stairwell where Gurley died also would not have been classified as an emergency repair, though NYCHA officials said they would be re-evaluating how repairs are classified. “Sparking” or exposed wires currently warrant expedited repair, officials said.

Council members were surprised to learn that NYCHA, a $3 billion authority that houses more people than the cities of Atlanta or Minneapolis, takes almost nine days on average to repair the interior lights of buildings. Ms. Olatoye defended the agency, claiming the average had shrunk from 62 days in 2012, when Michael Bloomberg was mayor.

Ms. Olatoye acknowledged her agency is understaffed, underfunded and grappling with a massive backlog of repairs. 97 percent of NYCHA’s funding comes from the federal government, which allocates far less to public housing than it did decades ago, when New York City had more clout in Congress.

“Between 2002 and 2011, NYCHA conditions had deteriorated to a level far worse than those facing low-income tenants in the private rental market,” said David Jones, the president of the Community Service Society, in his testimony to the Council. “Where does this responsibility fall? It falls on the shoulders of government–federal, state and city governments that have shortchanged NYCHA since the late 1990s and failed its residents.”

Mr. Torres said that some of the $5 billion the state netted from a legal settlement should go to public housing, though many elected officials have their own suggestions for how the money should be spent. Mr. de Blasio and Manhattan District Attorney Cyrus Vance Jr. announced today that $101 million will be allocated to beef up security systems in public housing, including new security cameras, lighting, doors and locks.

Council members also questioned the rationale behind police officers enforcing NYCHA rules that don’t violate the law. A NYCHA official said the authority doesn’t use police reports in eviction proceedings, raising the eyebrows of the lawmakers.

Gurley’s death also came in the context of recent police shootings in Staten Island and Ferguson, Mo. Like Eric Garner and Michael Brown, the men that were killed in New York and Missouri respectively, Gurley was African-American. Grand juries chose not to indict police officers in both incidents and a Brooklyn grand jury has been empaneled to investigate the circumstances of Gurley’s death.

“Certainly this is a call to action–this new administration and all of us working together really must do better by the 400,000 residents that call NYCHA their home,” said Councilwoman Vanessa Gibson, chair of the Council’s public safety committee. 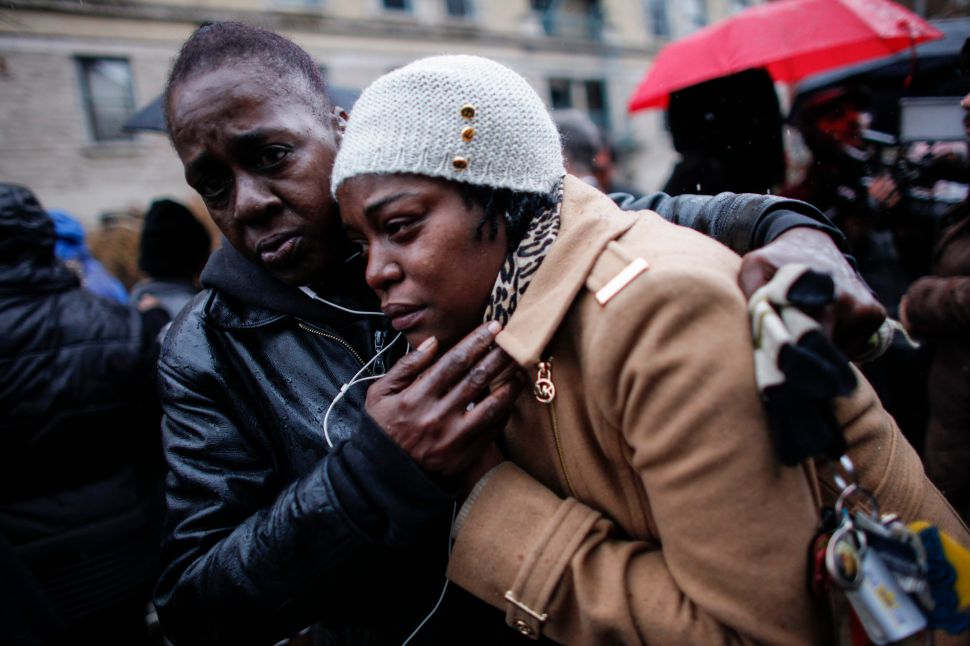