Councilwoman Elizabeth Crowley, a Queens Democrat, led a group of her colleagues on the steps of City Hall this morning to demand the Fire Department hire more women and to push a bill that would obligate the agency to report detailed demographic information about applicants to the Council.

Ms. Crowley noted that a federal judge determined that the FDNY had discriminated against women seeking to become firefighters, and ordered the department to adopt an entry physical approved by the U.S. Department of Justice. However, there are just 44 women serving in the department out of 10,500 total employees, with many women applying to the force but most dropping out of the academy—something Ms. Crowley and her colleagues suggested was deliberate.

The council members in attendance, including Rosie Mendez, Laurie Cumbo and Helen Rosenthal, suggested that the FDNY subjects recruits to a battery of arduous physical trials during boot camp in order to push women to leave—in essence, they argued, creating a second round of testing beyond the federally approved one.

“All of these things that are way above and beyond the test that’s been approved by the Department of Justice. That’s the concern,” said Ms. Rosenthal, a Manhattan Democrat. “If the city’s going to validate those physical tests, who is it that’s setting the criteria to determine the that those additional physical tests are valid? And if it’s the Fire Department, then that’s a problem.”

Ms. Mendez, the co-chair of the Black, Latino and Asian Caucus, tied the push for the agency to hire more women to the lawsuits the FDNY has faced for disqualifying minorities through civil servant exams.

The Fire Department did not immediately respond to requests for comment. The Council will consider Ms. Crowley’s proposal today. 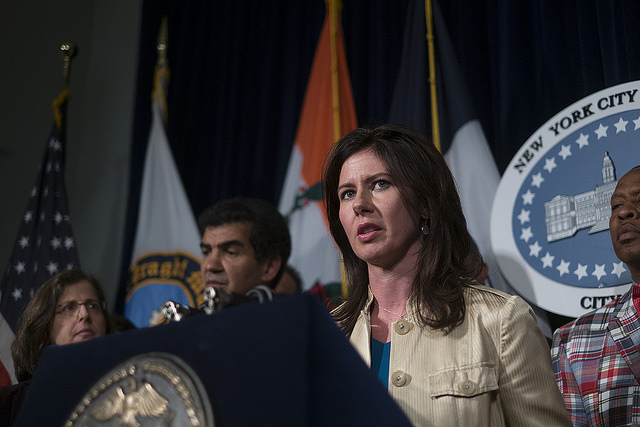