Council Speaker Melissa Mark-Viverito was all smiles today after the White House unexpectedly announced that America would restore full diplomatic relations with Cuba.

Ms. Mark-Viverito, a liberal Democrat who has been critical of America’s decision to isolate Cuba since she served as a WBAI host in the 1990s, called the long-standing policy “outdated.”

“It’s good an embassy will be opened and relations will begin to be normalized. It’s an outdated policy that just needed to be done away with,” she said.

Congressman Charles Rangel, a Harlem Democrat who represents a district that overlaps with Ms. Mark-Viverito’s district, also praised the announcement.

“For decades, I have been calling for the renewed relationship because I am certain it will bring mutual benefits for both countries,” Mr. Rangel said in a statement. “Cuba’s engagement to fight common global threats to the international community such as Ebola proves that we have much to gain by renewing our outdated policies with Cuba that do not serve either country or the world.”

Mr. Obama announced today that the U.S. will restore full diplomatic relations with Cuba, opening an embassy in Havana for the first time in more than a half century, and ease travel restrictions between the countries. Mr. Obama said he would also be open to lifting a trade embargo on the island nation.

The news came after Cuba agreed to release an American contractor, Alan Gross, who had been imprisoned inside the nation since 2001, and an American intelligence agent. Mr. Obama in return released three Cuban spies. 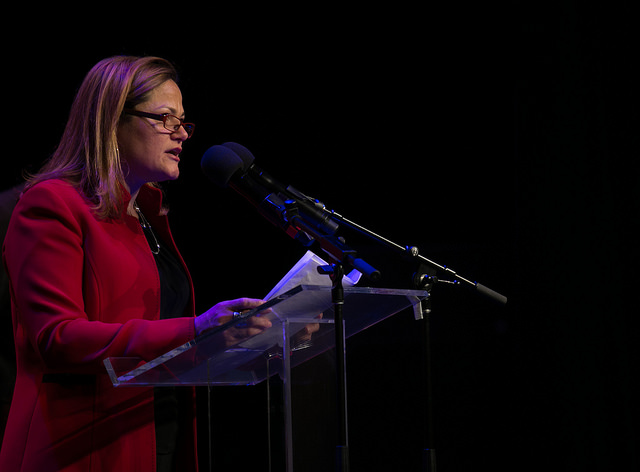