“It’s outrageous that Michael Grimm betrayed the trust of New Yorkers and wasted millions of taxpayer dollars on a charade of an election when he knew perfectly well that he was guilty,” Ms. Mark-Viverito told the Observer today. “The people of Staten Island and Brooklyn deserve real representation–not lies and theatrics from a corrupt politician.”

Mr. Grimm repeatedly maintained his innocence throughout his re-election bid against Democrat Domenic Recchia Jr., a former city councilman who Ms. Mark-Viverito quietly supported. The liberal clashed with Mr. Grimm when he compared her to Chairman Mao at a campaign rally; Mr. Grimm often disparaged Ms. Mark-Viverito and Mayor Bill de Blasio in a Staten Island and Brooklyn-based district that contains a sizable number of Republicans and conservative Democrats.

For many critics of Mr. Grimm, his campaign for re-election did amount to a charade because he pleaded guilty to a tax evasion charge last week after claiming he was innocent for months. Keeping his seat in Congress likely allowed Mr. Grimm to have leverage in dealing with federal prosecutors, who he said targeted him for political reasons. 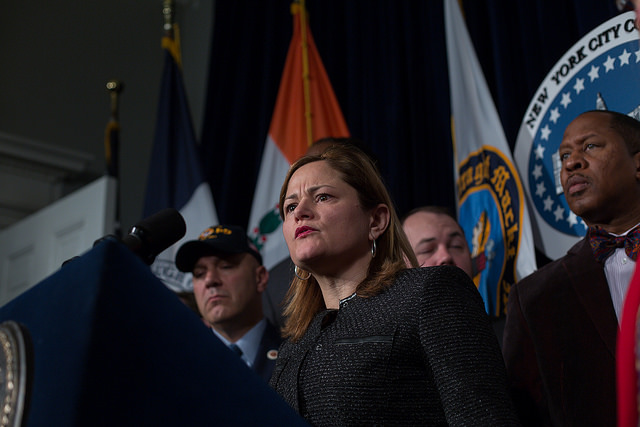