When we visited the model unit at Starwood Capital’s Baccarat Residences, at 20 West 53rd Street, over the summer, a sales rep told us that the buyer pool contained “a surprising number” of domestic shoppers, an allusion, we took it, to the condo tower’s brazen appeals to the moneyed, the far-flung and the un-subtle. Standing in the heart of Midtown between Fifth and Sixth Avenues—and attached to a luxurious, related hotel—the Baccarat is the domestic equivalent of Lavo brunch. And a recent sale of a three-bedroom on the 31st floor, for $12.52 million, seems to have found owners that straddle the line between foreign and domestic.

City records lists the buyer of Unit A as Ashish Arora, as trustee for the Arora Family Trust, with an address on San Remo Drive in Pacific Palisades, California, which casual snooping reveals is attached to a $17.5 million mansion, not far from Sunset Boulevard, with a quartz salt infinity pool. The trust seems to be an arm of the Britain-based hotel magnate Surinder Arora, a native of India. (An identically named trust has been used in hotel portfolio purchases on Mr. Arora’s behalf; we can hardly blame such a mogul for wanting places to crash on either coast.)

Then again, there are also the Arora brothers—Simon, Bobby and Robin, also Britain-based—who have made a fortune in the discount retail game. In any event, we’re pretty sure any and all Aroras would/will be quite at home on West 53rd Street.

The condo has interiors by Tony Ingrao and views of the city to the north, south and east. There is glass and marble aplenty, and in the kitchen, “high-gloss lacquer ebonized walnut and brushed nickel with polished nickel frame cabinetry.” One might be forgiven for confusion about what, exactly, that means. But rest assured, it’s nice! There are Siberian polished marble and Ebony Mahogany stain and Iceberg granite slabs and on and on and on and on… 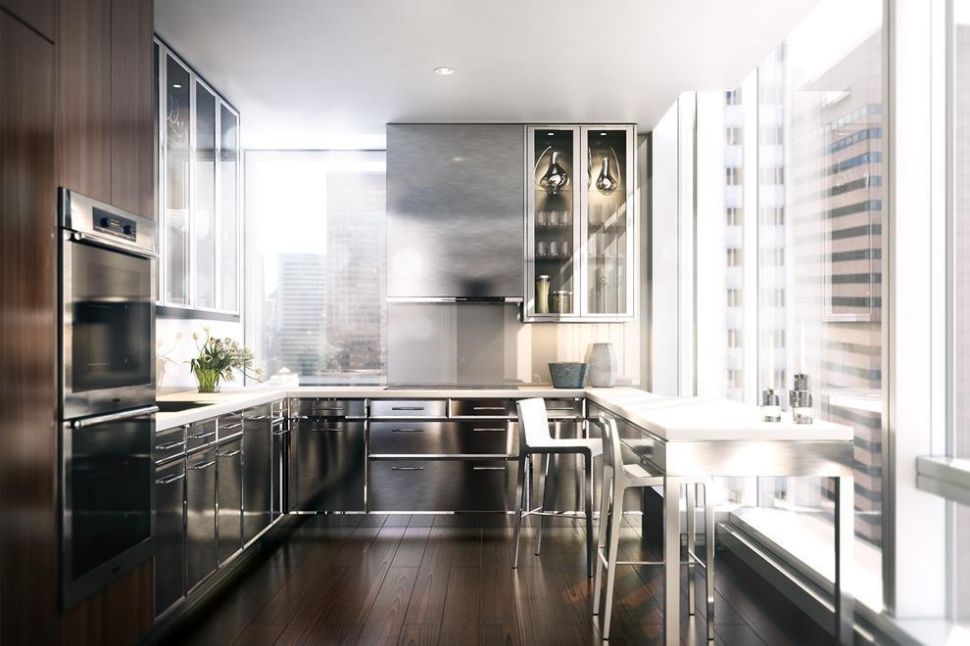