David Garth, a legendary figure in New York City politics and campaign advertising who guided four mayors to City Hall, died this morning at his Manhattan home. He was 84.

“There was no one in the last half century who has had a greater impact on New York City politics and government than David Garth,” said George Arzt, a political consultant and former press secretary to Mayor Ed Koch. Mr. Arzt confirmed the death to the Observer.

Garth helped elect Mayor John Lindsay, and to re-elect him four years later in a tough battle that featured a television commercial in which Mr. Lindsay admitted to making “mistakes” in his first term. He won an uphill battle in Mr. Koch’s campaign in 1977, and again picked winners in Mayor Rudolph Giuliani in 1993 and Mayor Michael Bloomberg in 2001. He also helped elect New York Gov. Hugh Carey. Consultants who work with both Republican and Democratic candidates simply don’t exist today, but it was already unusual in Garth’s day, which made him even more sought after in a city where personality more than party could carry the day.

“I was saddened to learn of the death of my friend David Garth, who had as much to do with the making of modern New York as anyone else in politics, even though he never even ran for office,” Mr. Bloomberg said in a statement today. “He is probably the only person in history to help elect four mayors and a governor in a single state. In each case, he took on a candidate he believed in at a time when New York was in crisis—and usually the candidate was, like me, a heavy underdog.”

Few understood campaigns as well as Garth, Mr. Bloomberg said, and said he counted himself “lucky” to have Garth on his side.

“He was always honest and straightforward—no bull—and he always believed in the importance of candidates talking directly and candidly to voters. His success in political campaigns can be seen in his extraordinary won-loss record, but his greatest achievement is the sum of his work: a city and state that are stronger than ever,” Mr. Bloomberg said.

Mr. Giuliani remembered Garth fondly in his book, Leadership: “Garth and [Roger] Ailes shared a common attribute: total dedication. Garth lives, breathes, sleeps, and dreams a campaign while it’s running. We used to work until three or four in the morning, then he’d call me up at six. There was never anything the candidate knew that Garth didn’t, but there were quite a few things that he knew that the candidate didn’t. Garth didn’t work for whoever wanted to hire him—the chemistry had to work. In our case, luckily for me, it did.”

In a statement today, Mr. Giuliani said he and his wife had lost “a good friend.”

“Judith and I have lost a good friend. David Garth was a great New Yorker. He understood and loved the people of New York. He believed that winning an election was not sufficient if you didn’t win it with a message that would help you to govern,” Mr. Giuliani said. “He was a great advisor and friend to me both before and during my time as Mayor. He will be missed and we all owe him a debt of gratitude for his guidance to so many of our leaders for so many years.”

Outside of New York, Garth also worked with New Jersey Governor Brendan Byrne and Connecticut Gov. Ella Grasso, Mr. Arzt noted, and led the floor fight for Adlai Stevenson’s failed bid for the Democratic nomination for president in 1960—pitting him against Robert Kennedy, who ran the floor fight for his brother.

He also possessed a big personality—and was the inspiration for a character in Robert Redford’s film The Candidate.

“He was sharp-tongued, salty, knew every expletive in the book,” Mr. Arzt said.

When Mr. Koch had a stroke in 1987, the mayor and Garth had not talked in “a little time,” Mr. Arzt recalled.

“David called me up and said, ‘I’m in your corner, kid.’ When Koch got better and I told him that David was helping me, he looked at me and said: ‘I knew he would come through,'” Mr. Arzt said.

Like many of the city’s astute political minds, Mr. Arzt counted Garth as a mentor.

Mr. Arzt said a private funeral would be held, followed by a public memorial at a later date.

This story has been updated to reflect a correction: Garth was not the inspiration for Mr. Redford’s character in The Candidate, but another character in the film. 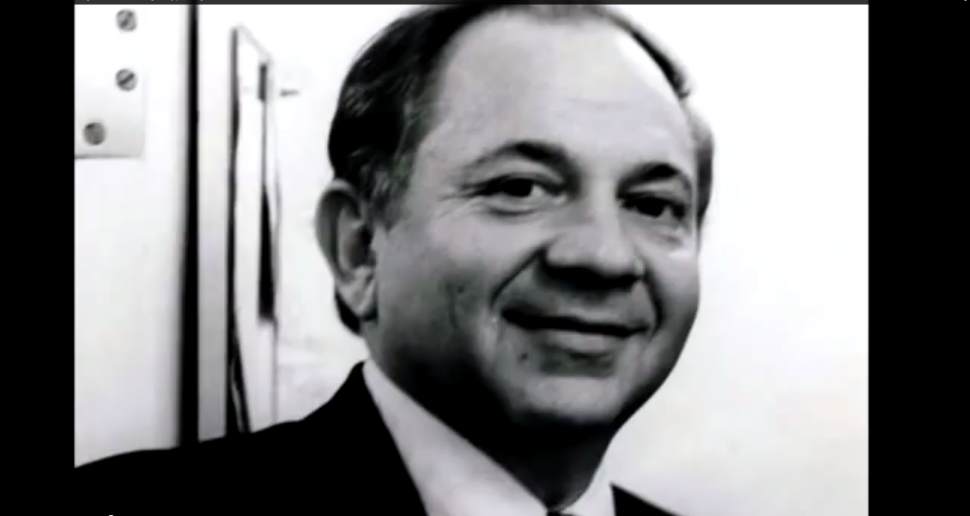