You know, every time I think I’m “over” this resurgence of Burlesque (with a Capital B!), something comes up and pulls me back in. Two years ago it was that Star Wars Burlesque out in Chicago, which almost turned me off to the whole idea of nudity and/or George Lucas ever again. But now I’m seeing this ad for something called The Pink Room, which is doing a whole show dedicated to David Lynch’s epic sci-fi flop Dune, and I’m drawn like a moth to the flickering traffic lights. Dare I put my hand in the pain box one final time?

From the Ulysses-length press release for the show, which will be held December 13th at the Parkside Lounge:

Whether you want to be a Bene Gesserit witch, a floating Harkonnen fat man, an Atreides training to ride the sandworm or Sting wearing a cod piece, The Pink Room will take you to the planet of Arrakis and teach you of the Weirding Way. Whether or not you are ready for it, thespice will flow! Just as Lynch played with an outrageous budget for this film, Pink Room producer, Francine “The Lucid Dream” is making this the most (sic) extravagent Pink Room show ever. The spectacular visuals of this burlesque show aims to match that of the film and surpass it in humor, cohesiveness and of course, sexiness!

Ahhh! Can I admit something to you guys? Is this a safe space? I’ve never seen Dune. I mean, I’ve seen parts of it, but not the whole thing. It just looked pretty terrible, I don’t know. Maybe the idea of Lynch doing science fiction in outer space seemed a little too on the nose or something. Also, I hear it is very, very long.

So the question is: do I have time to get really into Dune so I can show up bringing my A-Game? Because let’s be clear, creator Francine “The Lucid Dream” and her buddies don’t fuck around. Here’s a description of The Pink Room, which is the group that puts on these events:

About The Pink Room: The Pink Room Burlesque is a tribute to and satire of the works of David Lynch. Since the anniversary of Laura Palmer’s death in February of 2011, Francine and The Pink Room cast have covered everything from Twin Peaks, Fire Walk With Me, Blue Velvet, Wild At Heart, Lost Highway, Mulholland Drive, Eraserhead & Inland Empire.

The Pink Room Burlesque from Francine “The Lucid Dream” on Vimeo.

The Pink Room: David Lynch Burlesque from Francine “The Lucid Dream” on Vimeo.

Mostly, I am just a little surprised and hurt that I have never heard of this group. You’d think they’d have reached out by now. Is it because I’m not pretty enough? Did my membership application form get lost in the mail? Is it because I am a horrible dancer? You can tell me, Francine “The Lucid Dream.” I can take it. And I promise that I might not probably pull a Sarah Palmer on you, mid-show. 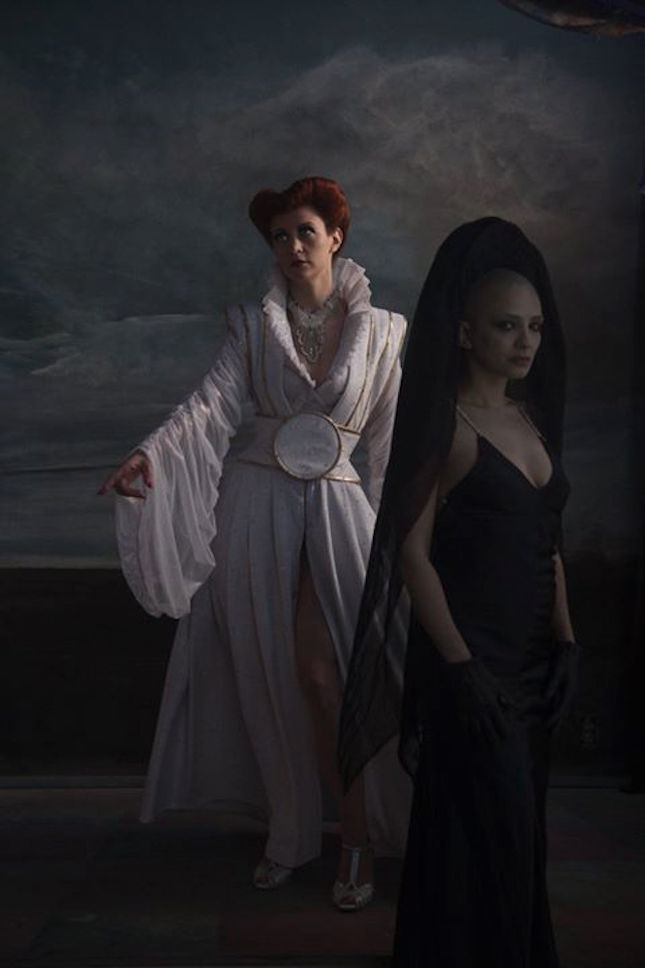