The Democratic Congressional Campaign Committee—the official electoral arm of the House Democrats—slammed outgoing GOP Congressman Michael Grimm and his party for what it claimed were lies during his successful race against Democrat Domenic Recchia Jr. this year.

Mr. Grimm, who announced his impending resignation last night, pleaded guilty last week to a single felony tax evasion charge—despite having maintained his innocence throughout the campaign. The DCCC pounced on the reversal and alleged that that the Republican Party was just as guilty as Mr. Grimm.

“The people of Staten Island and Brooklyn were lied to throughout the last election by Michael Grimm and, sadly, Republicans let it happen despite his legal troubles,” DCCC Chair Ben Ray Luján, a New Mexico congressman, said in a statement. “Before the new Congress is even sworn in, we’re seeing the promises their members made to get elected being broken.”

Mr. Luján argued that the special election for the vacant seat, which state law calls upon Gov. Andrew Cuomo to declare, will be an opportunity for the Democrats to pick up a seat. He acknowledged that the Staten Island and Brooklyn-based district has historically trended Republican, with Michael McMahon—whom Mr. Grimm defeated in 2010 after just two years in Washington—being the only Democrat to hold the seat in the past three decades.

“Now voters will finally get the choice to get out from under the shadow of the scandals that have plagued Republicans holding this seat in recent years,” Mr. Luján wrote. “While this a challenging district for a Democrat in a special election, we will have a candidate who will fight to grow the middle class and ensure the deck isn’t stacked in favor of the special interests and the wealthiest few.”

Mr. Grimm’s office did not immediately respond to requests for comment. 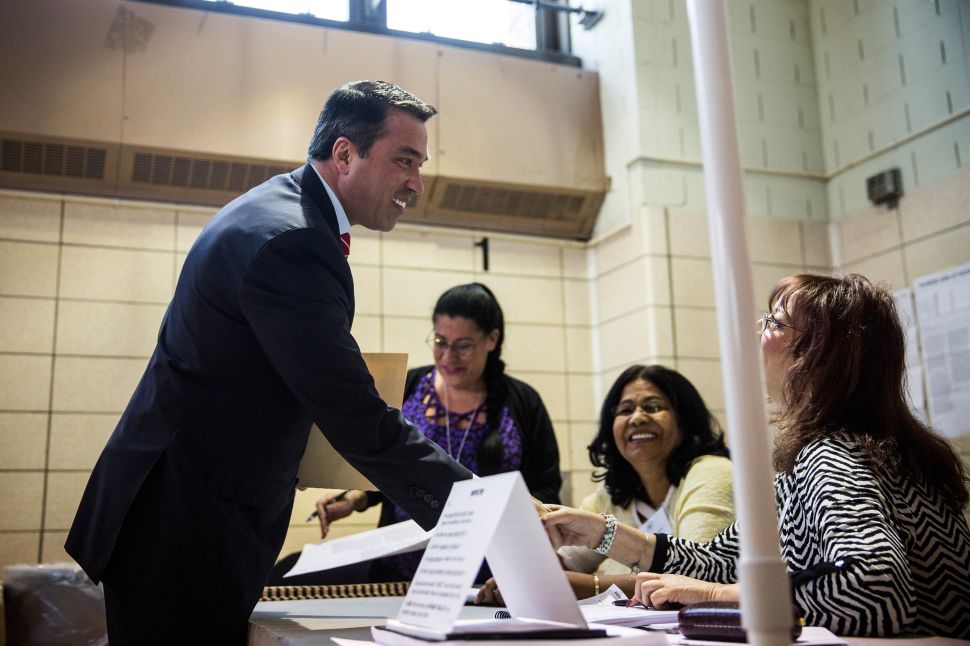