“With tonight’s agreement, we upon ratification will have 71 percent of the city’s work force under contract,” Mr. de Blasio said tonight at a City Hall press conference with representatives from the eight unions.

The contracts represent the first departure from the pattern set by the United Federation of Teachers deal struck in May—it includes an extra 1 percent raise in the last month of the first year of each contract.

“It’s an acknowledgment of the work, and the dangers and the difficulty of the work,” Mr. de Blasio said of the extra raise.

Some uniformed unions had decried the UFT deal for containing one year without raises, often repeating the refrain “No zeroes for heroes.” Roy Richter, president of the NYPD Captain’s Endowment Association and leader of the coalition, said the extra benefits afforded to the uniformed unions reflected the more dangerous work they do.

“You place your family in jeopardy, and you want to go home at the end of the day,” Mr. Richter said. “This agreement acknowledges that difference, and I’m very happy that the mayor was open to it.”

The contract amounts to an 11-percent raised over the course of seven years; each of the eight contracts begins retroactively at different dates, since the unions’ contracts expired at different times. It relies on the same healthcare savings struck under the UFT deal and approved by the Municipal Labor Committee.

One superior officers union is missing—the Sergeants Benevolent Association, headed by frequent critic of the mayor Ed Mullins. No rank-and-file unions are included in the agreement.

Mr. Richter said the eight unions came together with an “agreement of interest” before approaching the city with a potential deal. The deal was presented to all uniformed unions, Mr. Richter said.

“We agreed to operate collectively because we felt that together we were able to negotiate and bring our point of view across a lot better than we could separately,” Mr. Richter told the Observer. “I can’t really talk about the other ones that didn’t, everybody makes a decision.”

There are still tens of thousands more uniformed officers that have not yet reached a contract agreement—the deal does not include rank-and-file cops, firefighters, correction officers or sanitation workers. The Patrolmen’s Benevolent Association, by far the largest police union, has entered binding arbitration with the city, and rank-and-file unions in the other departments have signaled a desire to see what deal the PBA gets.

The net cost of the contract, after health care savings and money from the city’s labor reserve fund, is $413.7 million, the mayor’s office said. That amounts to about $145 million above the city’s five-year-financial plan. The contracts will cost the city roughly $50 million in fiscal year 2015, in order to fund the raises past years without a contract. 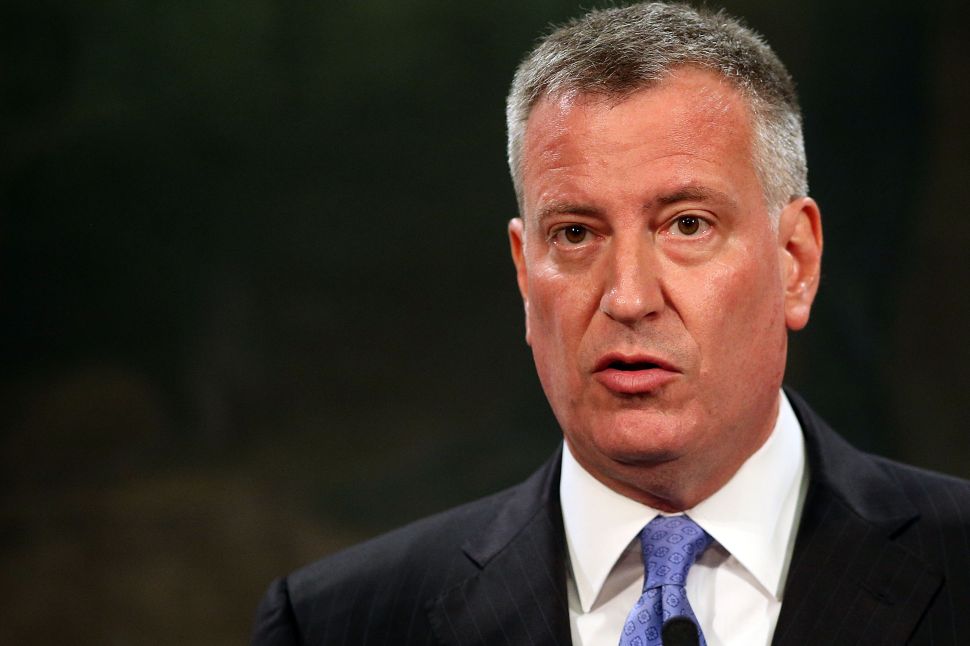